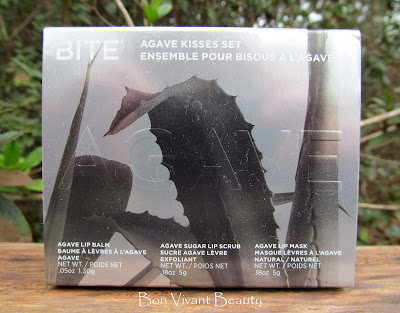 I have heard such good things about the Bite Beauty Agave Lip Mask, so decided to get this set to try the mask, lip balm, and sugar lip scrub.  I really like two out of the three, which did a great job of  keeping my lips moisturized and happy during the cold snaps we had in Mobile in January/February. 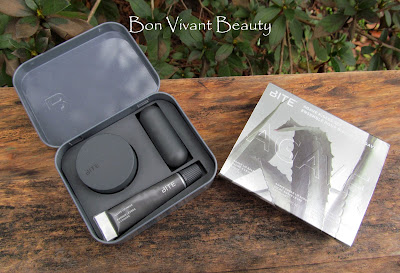 The Agave Lip Mask is quite thick and was somewhat difficult to squeeze out of the tube. I had to apply so much force that I was afraid the tube might split, but it didn't. This lip salve was deeply hydrating and became my night time lip balm, replacing the Smith's Rosebud salve which I've been using for years. Layering the mask over the stick lip balm resulted in lips that were soft and hydrated in the morning, with lingering product still protecting my lips. 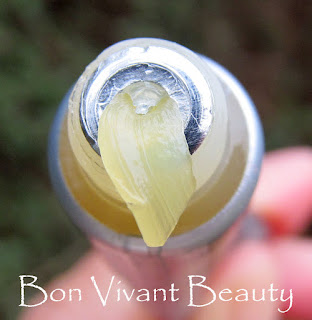 The stick balm is a harder, more waxy texture that wears for a long time. It's not one of those balms that you continually have to reapply, no doubt because it is a thicker consistency. I ran out of the balm before the mask, and considered repurchasing it but decided the mask was the true star of the show for me and where I wanted to spend my money. Cause these aren't cheap at $26 for the lip mask and $18 for the balm. Ultimately, I did repurchase the lip mask but chose the Champagne version for a bit of shimmer this time. Hopefully the formula is the same. 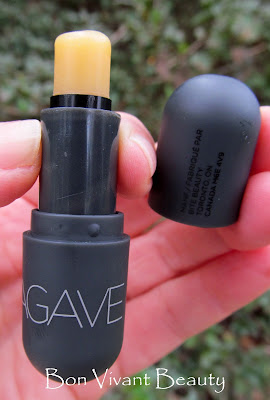 Now for the item that was sub par IMO - the sugar lip scrub. I don't think there is enough sugar in the mix to make it an effective scrub.  I could be biased as I do like the Fresh Sugar lip scrub, which is much more dense and less soupy than this one. It's not so bad that I'm going to trash it, but it's not a formula I'm sold on. Maybe I should add more sugar to it and see if that helps, although the only sugar I have on hand is brown sugar I use to top my oatmeal. 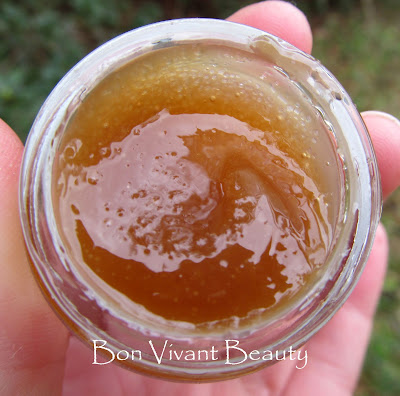 I don't see this set on Sephora at the moment, and I'm not sure if it's something they bring out periodically or if it's gone for good. The Agave lip mask has become something I don't want to be without though, so I guess this sampler served it's purpose :-)
Posted by Lulubelle at 5:12 PM