It's been almost 2 months since I started panning the 13 items in my 2019 project pan, so wanted to post an update.  First off though, I forgot to talk about an item in my original post, so let's start with that one.  It's a basic cream matte eye shadow from stila that I use to either set my eyes or highlight my brow bone.  Here's a picture of it when I started officially panning it: 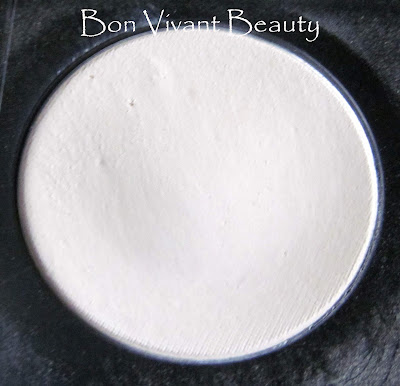 I had a significant dip in the pan when the project began on January 1,, and I'm happy to report that I've now hit pan on it! 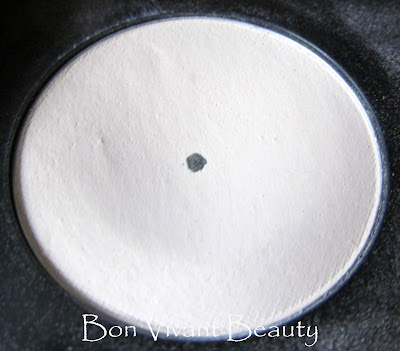 I also finished the Le Metier de Beaute (LMdB) Peau Vierge Tinted Luminizer in Shade 2 ($125 for 1 oz.), which completely surprised me.  Apparently it was not as full as I had thought, so I must have used it prior to receiving the 2 oz. version that I used up in 2018.  I used this as a face primer and really do like it, although I will not repurchase.  Let's look at another LMdB product I'm panning, the Peau Vierge Anti-Aging Pressed Powder.  You can see some slight progress in the pan, but it's slow going.
I have no idea what is going on with LMdB these days, but I have read some online reports of them being bankrupt and/or having gone out of business. I know they are no longer available at some of the larger retailers that use to sell their products. However, you can still find them at the LMdB online site and QVC, which is quite the drop from their hey day when they were at Neiman Marcus, Dermstore, and other higher end retailers.  Might as well continue with all the  LMdB products in this project pan, including my beloved cream blush in Tenne.  I truly love this product and will be sad when it is gone, but as I have yet to hit pan, there is plenty of life left here.
Last of the LMdB items is this lip gloss, which has not seen much use.  I tend to forget about it, but I do like it a lot and just need to remember to use it more.
Next is another higher end product that will take me forever to use, despite it's 6 month shelf life. I'm talking about Tatcha's The Pearl, which I use as an under eye primer.  You need less than a pea sized amount for both eyes, and there is a lot in this container.  I typically dip a finger on the product in the cap, which hopefully helps with keeping the product clean and cutting down on the potential for contamination.  Here is what was on the top at the beginning of the project, which I used up.
This is the amount that is on the cap now, which will take me quite a while to work through. 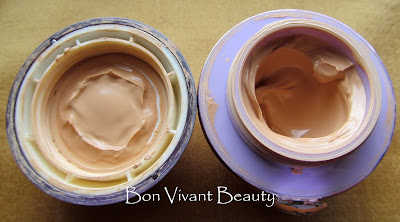 I forgot to include a picture of this Marvelous Moxie gloss from bare Minerals in the original 2019 Project Panning Goals post, but I've marked where I am so that I can track my progress going forward.  I'm not quite at the half way mark for this deluxe sized gloss.

No progress to speak of with the last gloss in this project, the Tarina Tarantino Sparlicity.  So, I'll forego a picture until I see some progress.  I'd love to say I can see progress in the Estee Lauder blush Sensuous Nude, because I have been using it.  Let's see if the pictures tell that tale.  I think the Feburary 23rd picture at least gives an indication of the dip level in the pan.

Another face powder in this project is the Houglass Ambient Lighting powder in Dim Light.  I think I've made a tiny bit of progress. 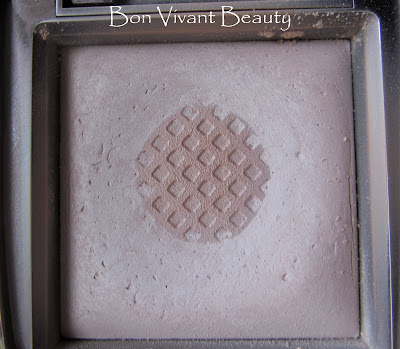 The last of the makeup items in this project is the Physician's Formula Butter Bronzer in Light.  I've used it but not exclusively, so I'm interested in seeing what story the pictures tell.
The last two products are body lotions.  I ended up throwing the deodorant away, as it just did not smell right.  The lotions I've used maybe twice, so I don't expect much progress.  I have marked the containers now to track progress.
So to summarize, I finished one product, threw one product away, and made some slight progress on the majority of the rest.  That leaves me with 11 products in this project to work on, as I haven't identified anything else I want to pull in right now.
Posted by Lulubelle at 2:09 PM