Bask in the Heat: Julep Maven Box for June 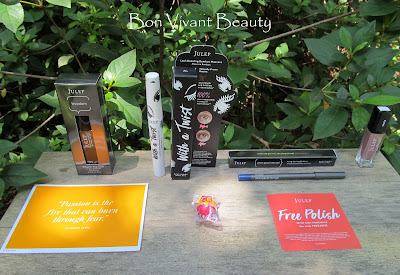 Disclaimer: I purchased this.
It's been a few months since I opted in for a Julep Maven box, but the new With a Twist Lash Boosting Bamboo mascara ($22) in June's box tilted the scale in the "buy" direction or me.  After using it for a few days, I think I made a good decision!

The formula is infused with Korean bamboo grass and a blend of peptides which is supposed to promote lash growth when used over time. I can't say that I've used a lash growth product where I've been able to tell a difference with it yet, so I'm interested to see if this one will deliver any results.


Another appealing aspect of the mascara is the adjustable wand, which can be twisted shorter for volumizing affects or longer for lengthening the lashes. Thus far, I've found using the lengthening brush followed by the volumizing works best, as I get some clumping the other way around. 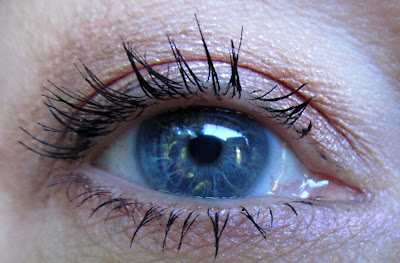 I also love the formula of Julep's When Pencil Met Gel eyeliners, so selected Ocean Blue ($16) as another one of my items. The pictures on Julep's site make this look more opaque than the swatches below, and it does take a bit of layering to build up the color.
Still very pretty and when I wore it for 12 hours on a hot and sunny day where I was out picking blueberries and blackberries for a couple of hours, it held up beautifully. I had some minimal transfer on my hooded lids at the end of the day, but the liner still looked good. Below I'm also wearing the With a Twist mascara, but this time layered over Estee Lauder's Little Black Primer. I find that the Little Black Primer helps prevent lower lash smudging, which is an issue for me with most mascaras. 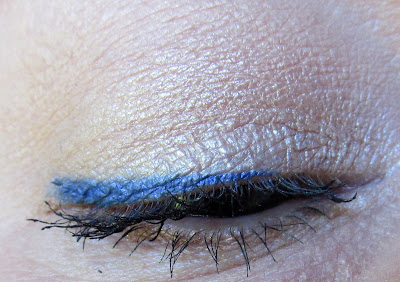 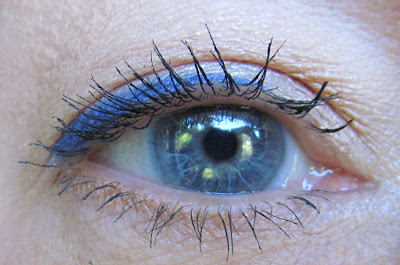 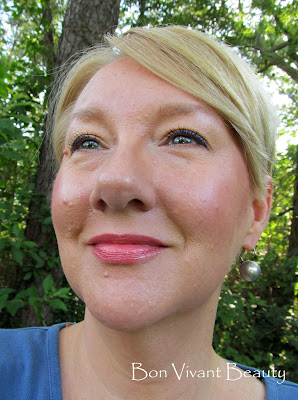 My other selections for June's Maven box were the Freedom Polymer Top Coat ($18) and Jaydra ($14) as an add-on using some of my points.  Jaydra is a soft mauve with a diffused holographic shimmer that I'm really looking forward to trying out. 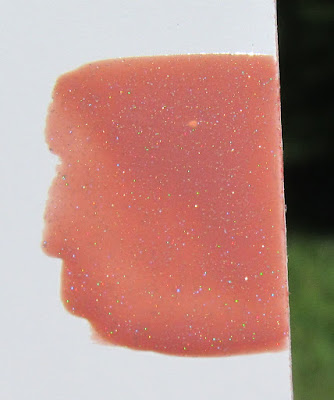 I've been subscribing to the Julep Maven box for over 3 years now and I continue to enjoy their products!  All of the above cost me $19.99 and has a full retail value of $70, which is really quite the deal.
Posted by Lulubelle at 9:42 AM