Disclaimer:  I purchased this.
Le Métier de Beauté (LMdB) really hit it out the park with May's VIP offering: the Sexy Eye palette, featuring 18 eyeshadows in a slim black case.  Considering LMdB's shadows are my favorite formula to date, I'm a bit giddy.

I haven't had time to play with them much, but arm swatches and the few looks I've tried thus far are showing the shadows to live up to the LMdB standard.  They are lovely on their own yet layer together seamlessly for an endless number of color variations. 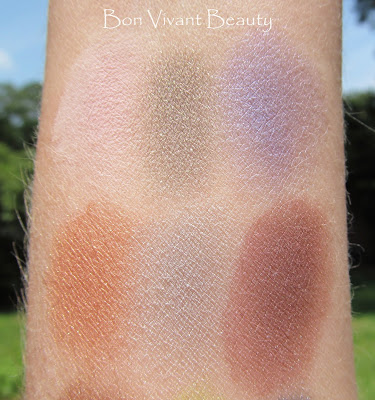 I'm happy to see a nice mix of neutrals with some pops of color.  The majority of the shades are shimmers, but there are a few mattes thrown in for good measure.  I had no problems building up color with these, but time will tell as arm swatches don't always translate into seamless eye looks.  So, I'll be playing with these and will post a more extensive review later. 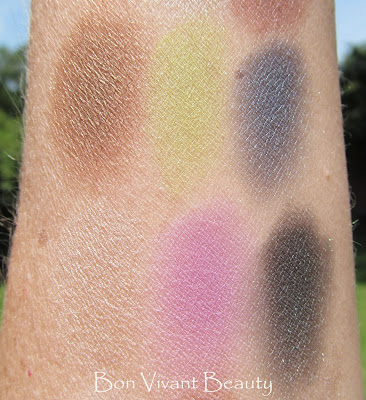 Since this palette was created for the VIP subscription program, it's not something you'll be able to get your hands on easily, unless a subscribe puts theirs up for sale.  I have seen a similar palette as a GWP at Neiman Marcus (I believe) earlier this spring, so they are something that LMdB rolls out periodically.  I almost ponied up the money during that sale just to get the GWP, but decided I should wait in case they decided to include one in the VIP subscription program.  Looks like I lucked out :-) 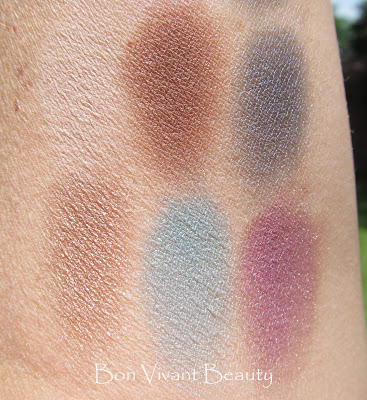 The subscription window for the 2015 VIP program (link here) is now open.  I've signed up for another year, as painful as the $348 upfront payment is.  That breaks down to $29 per month, which is extremely reasonable, especially considering the value of the program is easily triple that.  Paying it all upfront does take a leap of trust and commitment, but considering I'm signing up for my 3rd year, obviously it's been worth it for me.  The 2014 VIP program ends in July, so August with mark the beginning of the 2015 program.