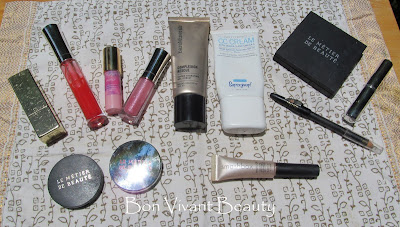 Disclaimer: I purchased these.
I think it's probably inevitable that if you are a makeup/beauty enthusiast that you will accumulate more products that you can reasonable use up before they go bad. I've reached saturation point and don't feel the need to keep accumulating at the rate I have in the past, although I'm sure some new items will still make their way into my collection. 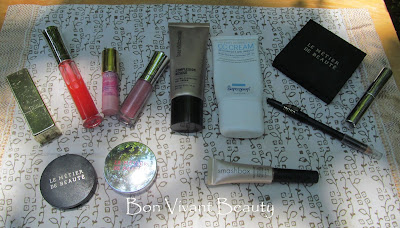 I would instead like to focus on enjoying and using up some of the items in my collection, and to that end I've picked a few that I want to focus on over the summer and beyond, until they are gone, gone, gone. 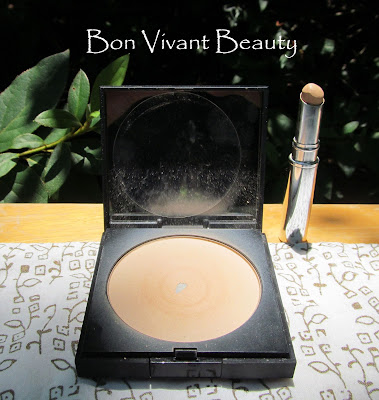 Some of these are tried and true favorites that I would have finished up anyhow, some are items that I loved well and used a significant of but then set aside when something new came my way.  That's the case with two of Le Metier de Beaute's Peau Vierge products - the Anti-Aging Pressed Powder ($75) and Correcteur ($95) stick concealer.
I had made significant progress on both of these before moving on to something shiny and new, but it's time to finish them off.  Both are top notch products that I truly enjoy, so I won't be having to force myself to turn to these.  You can see my original reviews of them here. 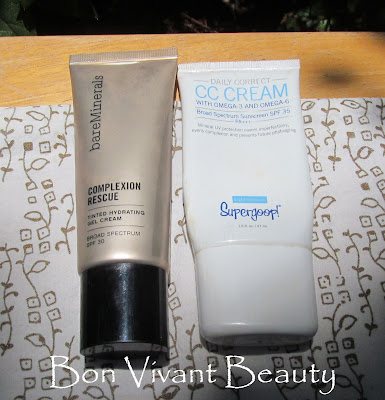 The two foundations I've chosen for this project pan are two that I use the most, and consequently both the bareMineral's Complexion Rescue (review here) and Supergoop! CC Cream (review here) are both probably only 1/4 full.  I'm going to hold off on purchasing any more foundations until I finish up those I have on hand, even though these two are my favorites.  Once I've finished these and added 2 others to a new project pan and finished those, I'll repurchase the bareMineral's Complexion Rescue for sure, I like it so much. 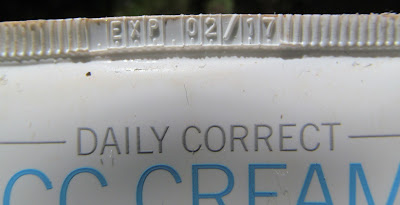 Both of these contain SPF but I only see the expiration date on the Supergoop!, but products with SPF tend to have expiration dates of 2 years or so, and I've had Complexion Rescue since March of 2015, so I imagine it's due to expire in the next 6 months or so.  I'll probably get about another 1-2 months worth of wear from these. 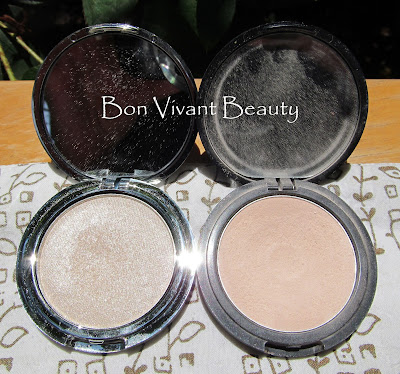 The two LMdB single eye shadows are both neutrals that I can wear daily, and the cream colored matte Naked ($30) is a favorite (review here).  I misplaced this and just recently found it at the bottom of the container that holds my makeup brushes.  The other shadow was exclusive to the VIP subscription program called Shimmery Sand-White ($30). I'm thinking I can also use it as a face/body highlighter, which should help speed up it's use.
These are both generously sized eye shadows and I've been using Naked since I purchased it in November of 2013, so I don't expect to hit pan for a while.

The Smashbox Photo Op Under eye brightening goes all the way back to 2012 (review here) and I think there is probably about 1/3 of a tube left.  Might as well finish it off as opposed to leaving it lingering in my drawer.  I've moved on to other under eye brighteners that I like better, although I wouldn't say this one is bad.  Just not a favorite. 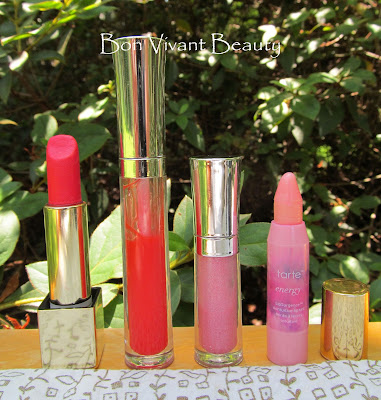 The lip products chosen for this project pan are colors I know I gravitate towards on a regular basis, particularly during the warmer weather months, so I'm hoping to make hay on these while the sun is shining :-)  The red lipstick is Sunday Riley's Sunday ($32, review here), which actually translates more as a soft pinky red on the lips. 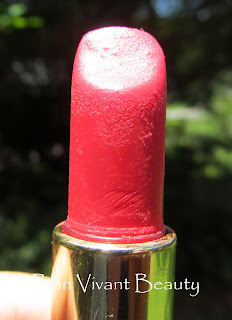 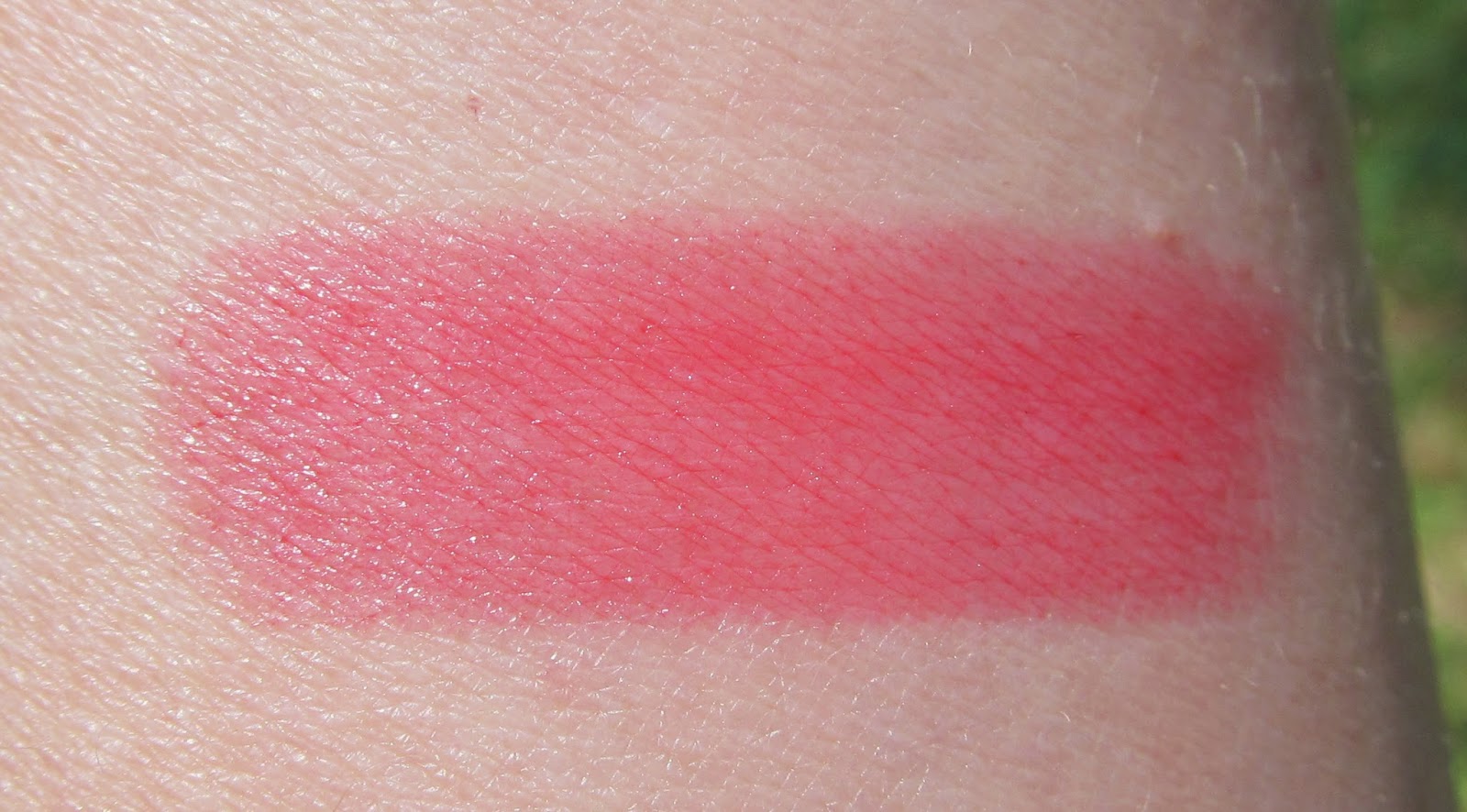 Buxom lip glosses remain my favorite gloss formula to date, but I've got a whole drawer of them and need to make some serious progress on them before they go bad.  Cherry (discontinued, review here) is a clear jelly coral red while April (review here) is a shimmery light pink.  Both make great lipstick toppers but are also pretty (and hydrating) to wear on their own.  Cherry has about 2/3 of a tube left, while the smaller April is just under half full.


Last of the lip items is a deluxe sample size Lipsurgence from Tarte called Energy (review here).  It's one of those developing lip tints that turns pink based on your lip's pH level.  The little bullet head is quite wobbly but it shouldn't take me long to finish this off.

Finally, my last item is a brow pencil called Blonde Bombshell from Inika ($29).  I never reviewed, this, but it's a vegan and organic brow pencil in a soft tan.  It's the lightest brow color I own and  perfect for summer, when my hair gets a little more blonde and my skin a bit more tanned.  It's a soft pencil and if I use it consistently, the size dwindles quickly.  I'm probably half way through it already. 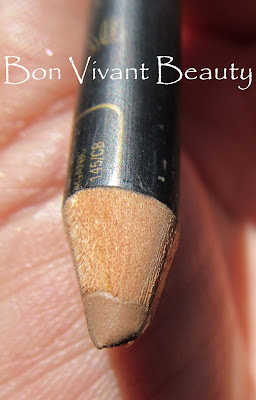