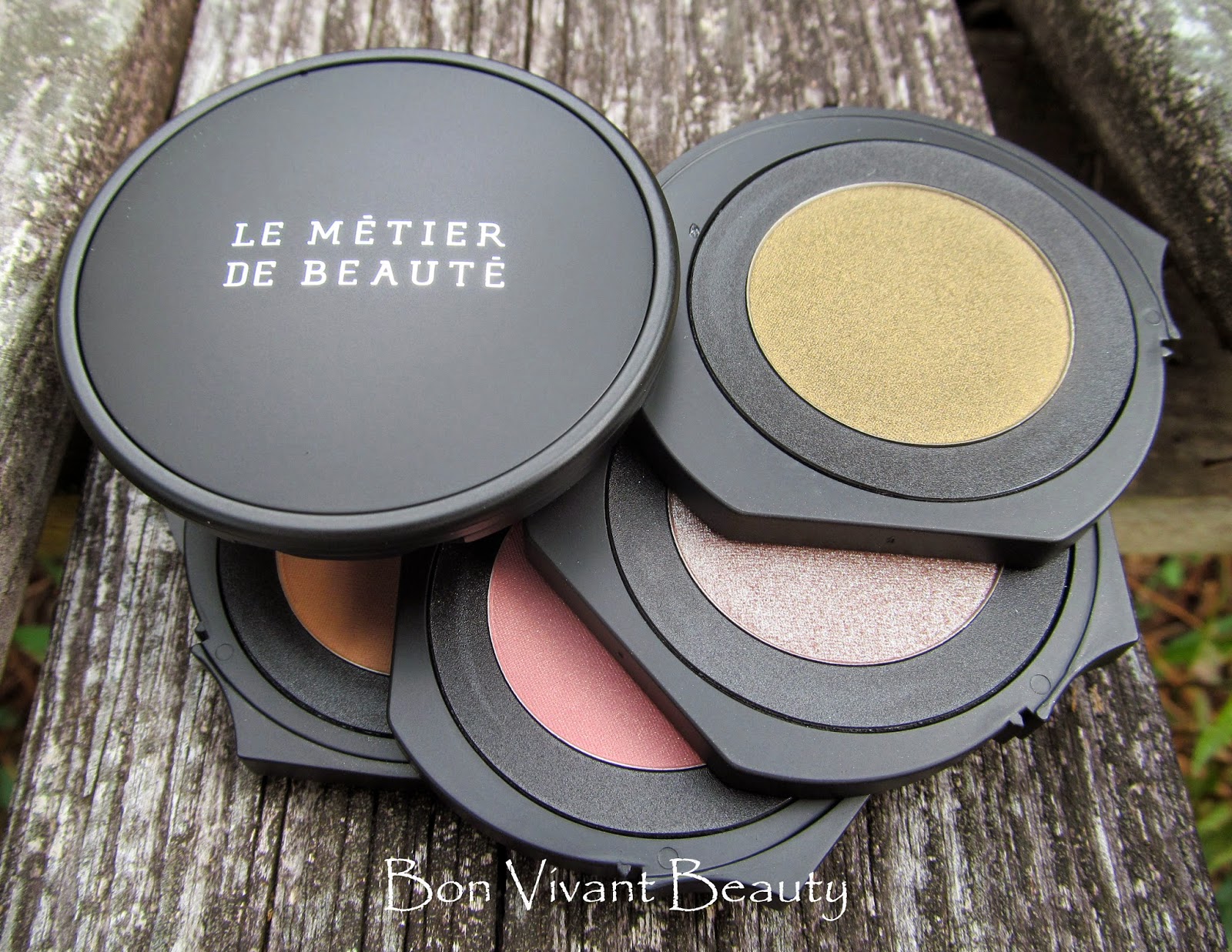 August was the first month of the second year VIP subscription program from Le Métier de Beauté, and we were treated to an eye and face kaleidoscope called "After Dark".  Set for general release in early September, VIP members got early access at a significant savings, one of the definite perks of the program. 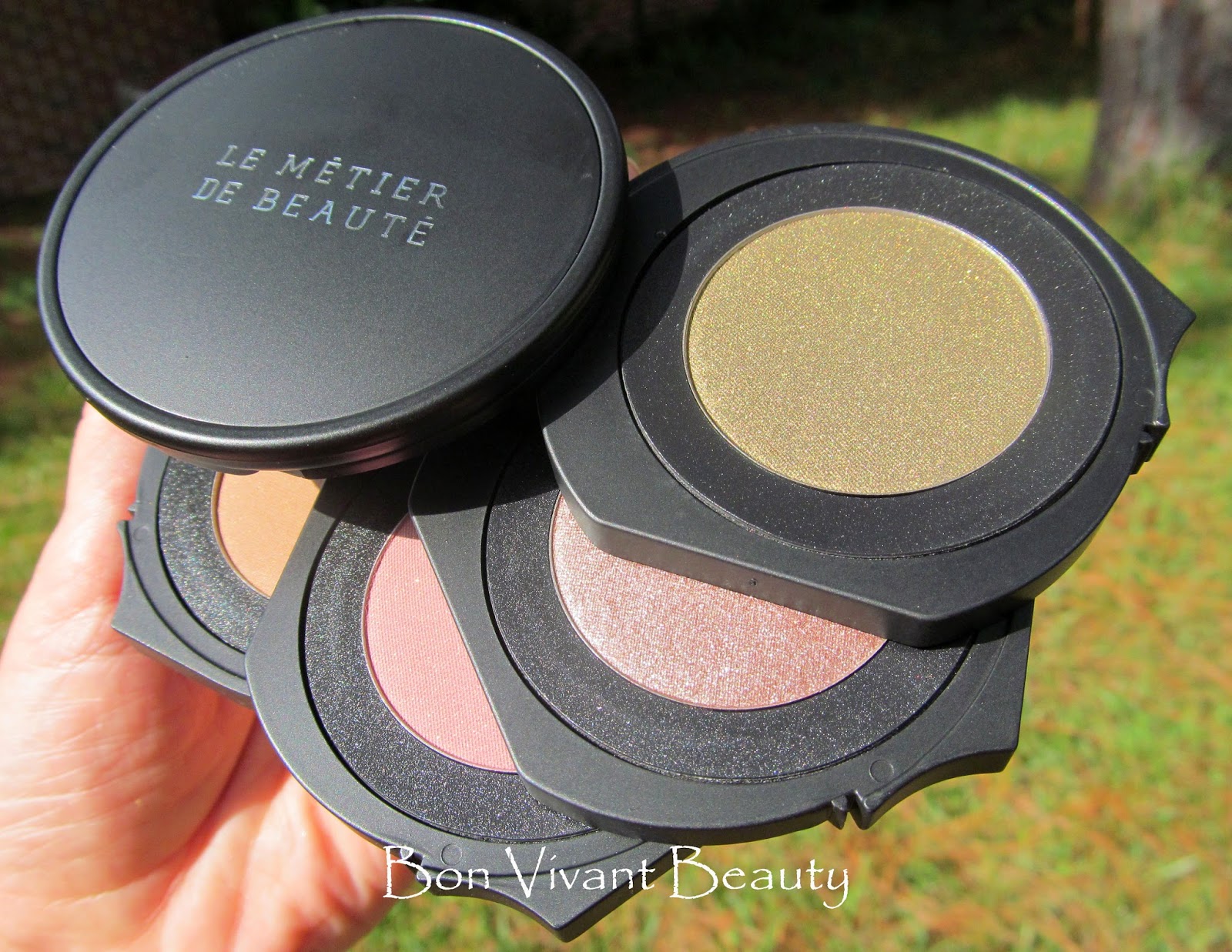 Composed of two eyeshadows, a blush and a bronzer, After Dark is supposed to provide evening glamour.  Given my lack of evening jetsetting, I've been wearing it during the day, which works just as well.  There is nothing here that screams "nighttime" to me in particular, although I'd love to see some tutorials from Le Métier de Beauté on what they were envisioning. 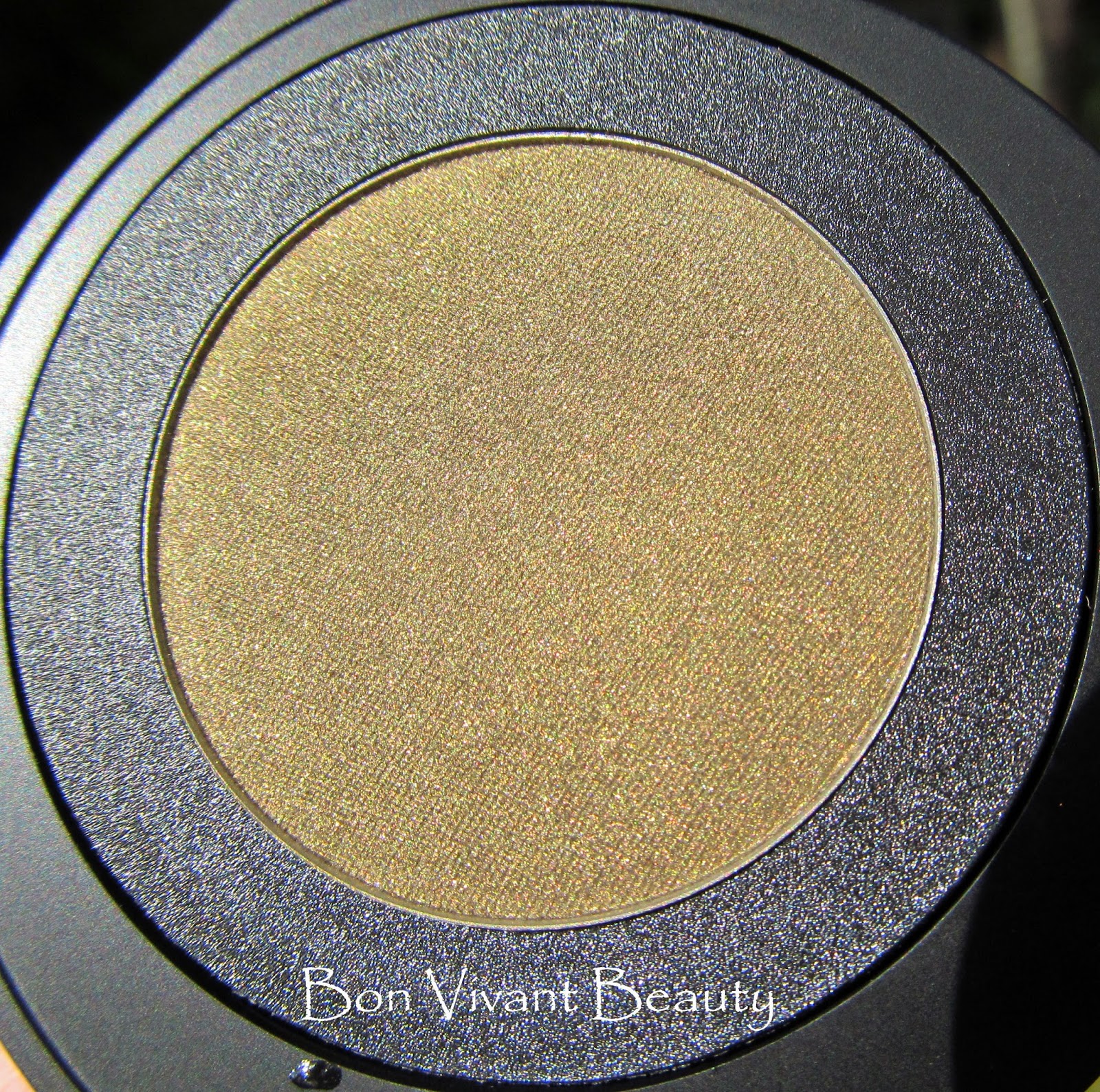 The top layer is a burnished olive green eyeshadow that is insanely pigmented and rich.  Such complexity with the shadow, truly gorgeous and a little goes a long way! I can just tap my brush in the pan and pick up enough color to work with.  In fact, the first time I tried it I used two much shadow and had to buff it out quite a bit in order to not overdo it for daytime wear. 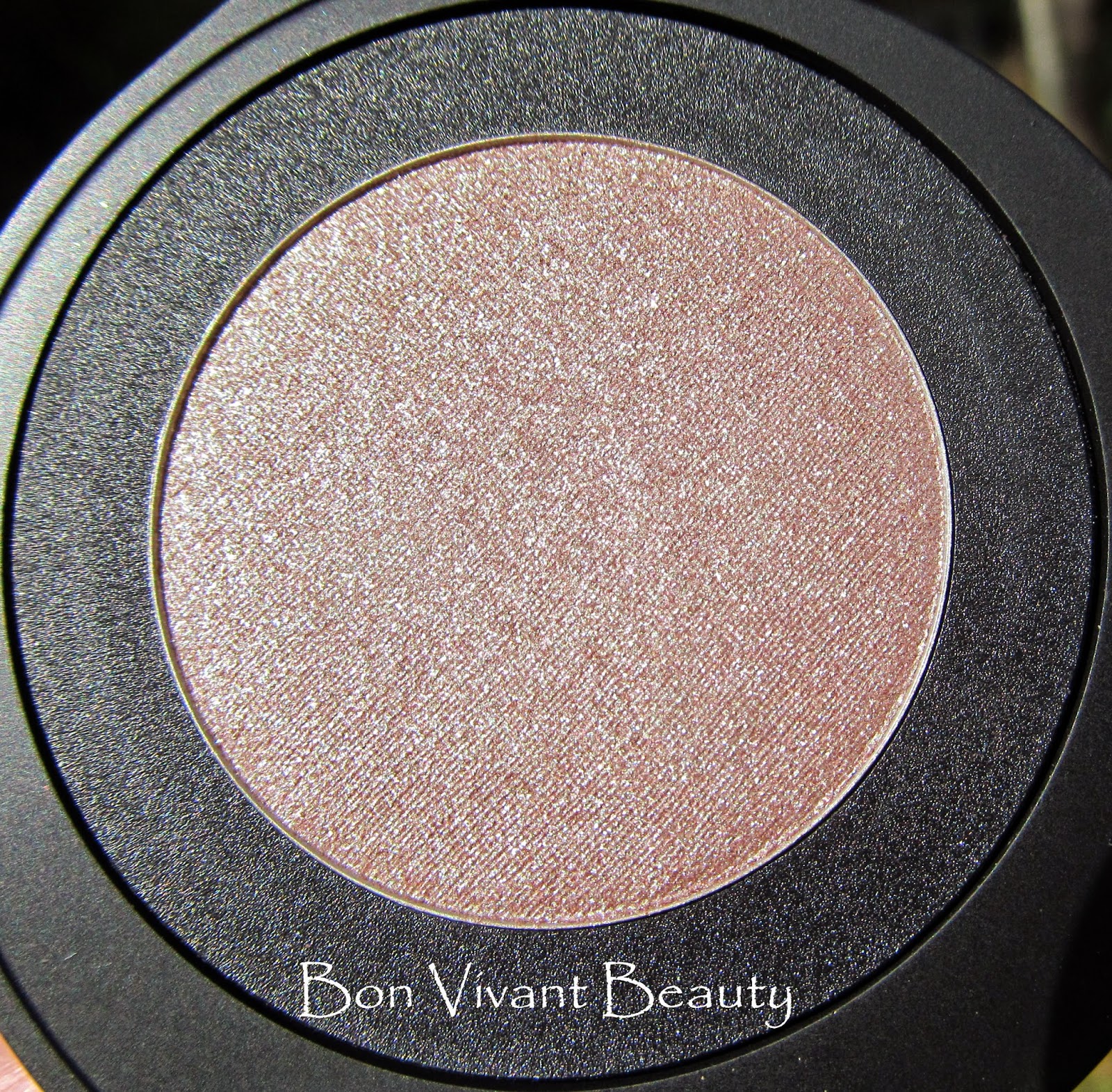 The second layer is described as a shimmering sapphire, which would normally bring to mind something dark blue.  Not the case here, as the color is more of a iridescent peachy mauve.  While Ceylon blue sapphires are the most prized and well known of this particular gem, I'm thinking this shade matches the palest peach sapphire at the top of the above picture. There are larger flecks of mica in this color, which is evident in closeup shots but the effect on the eye is lovelier than it looks in closeup shots. My particular favorite of After Dark is the blush, described as a shimmering mauve.  I think it's warmer than a true mauve, perhaps because of the gold shimmer you can see in the pan.  It doesn't really read as a gold shimmer on the skin, however, instead providing realistic color that is anything but flat.  The pigment and texture are lovely. 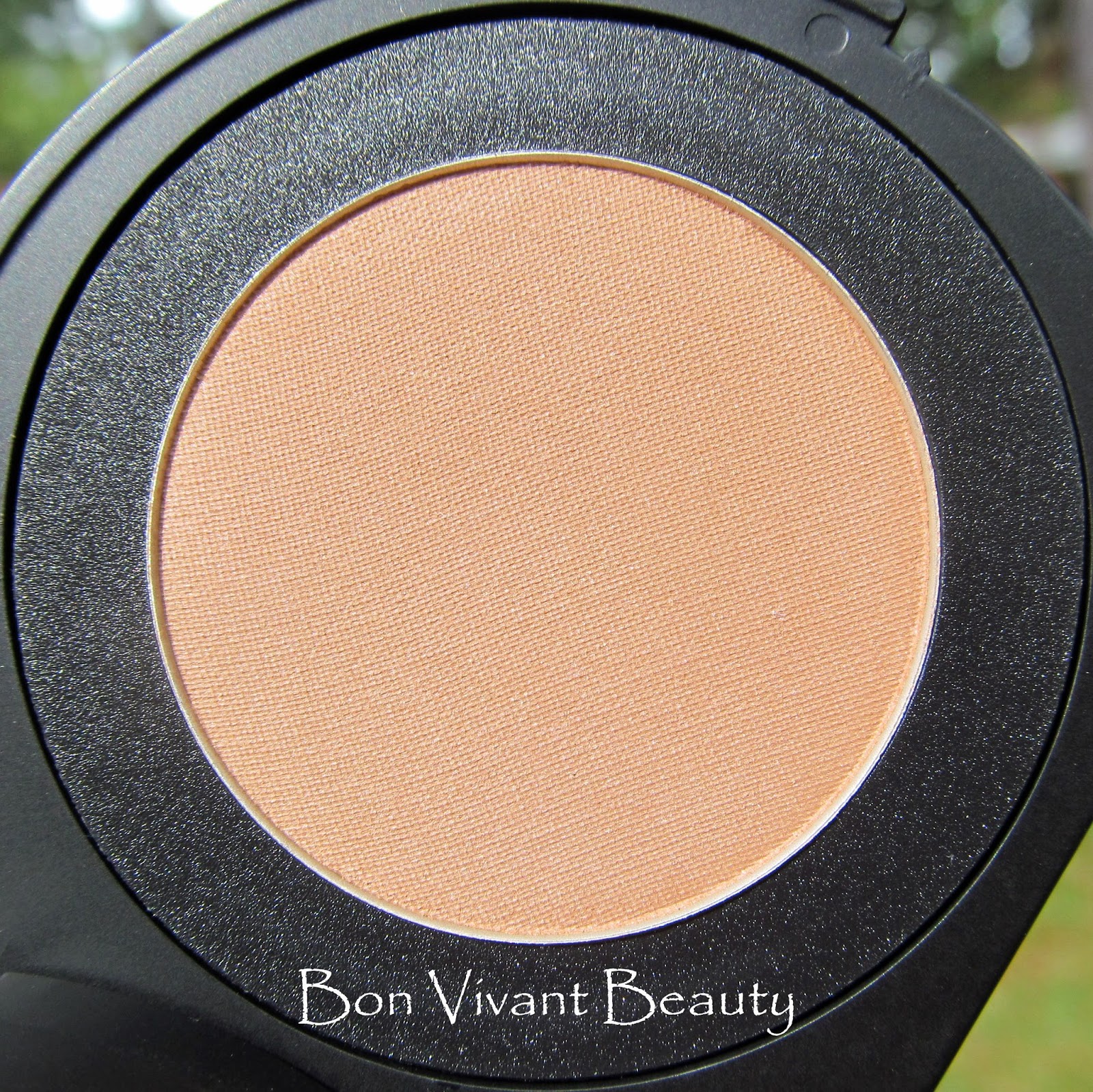 The last pan is a matte face contour, although I'd call it a bronzer as it reads rather warm in tone.  It's somewhat powdery in the pan, but applies easily with minimal (if any) fallout.  I think all of the colors could be used as eyeshadows if desired, so if the contour is too warm for your complexion, its saving grace may be as a shadow. 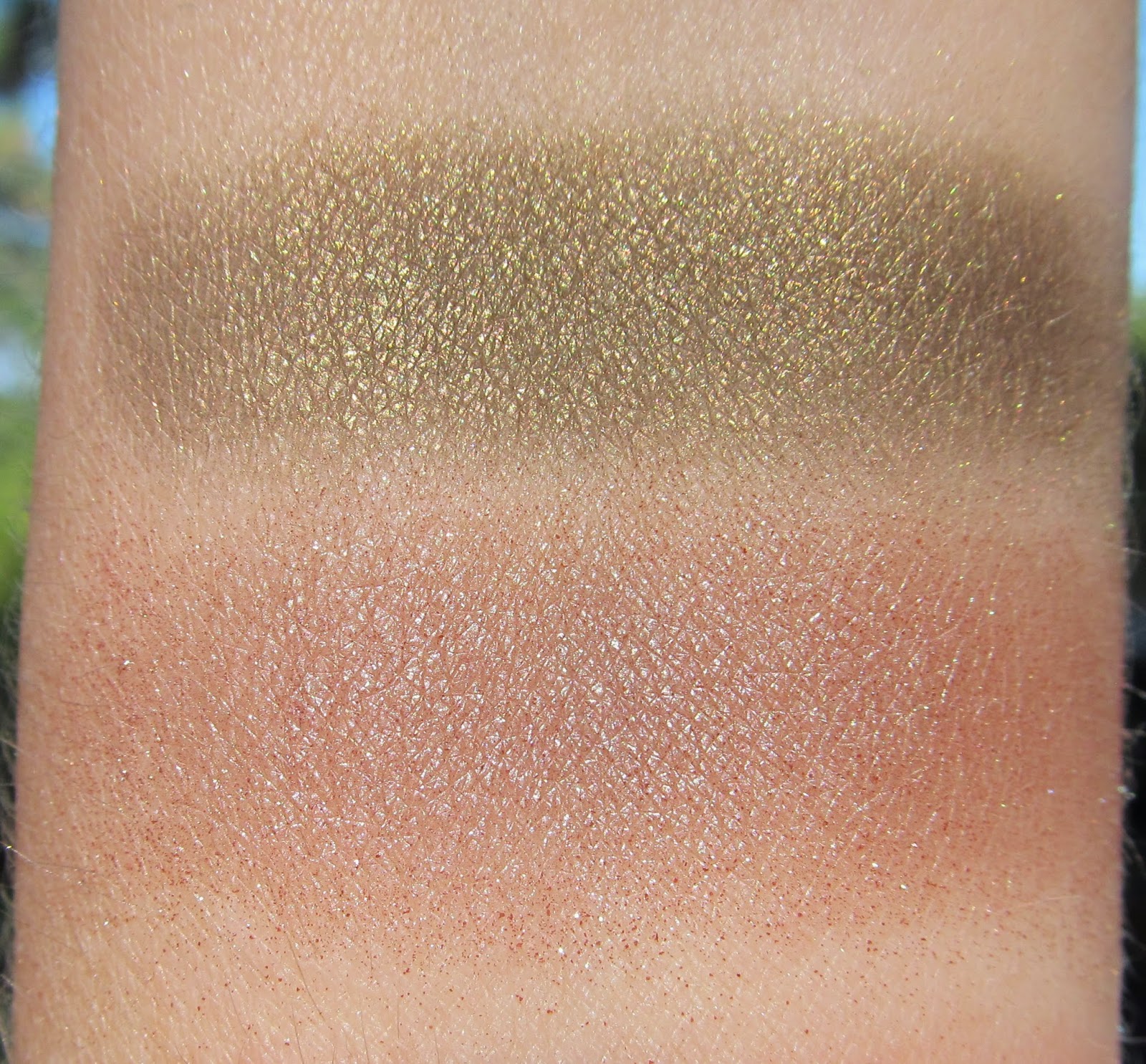 Now for swatches!  The burnished green patina photographed so pretty I kept taking pictures of it, but I'll limit myself here:-) 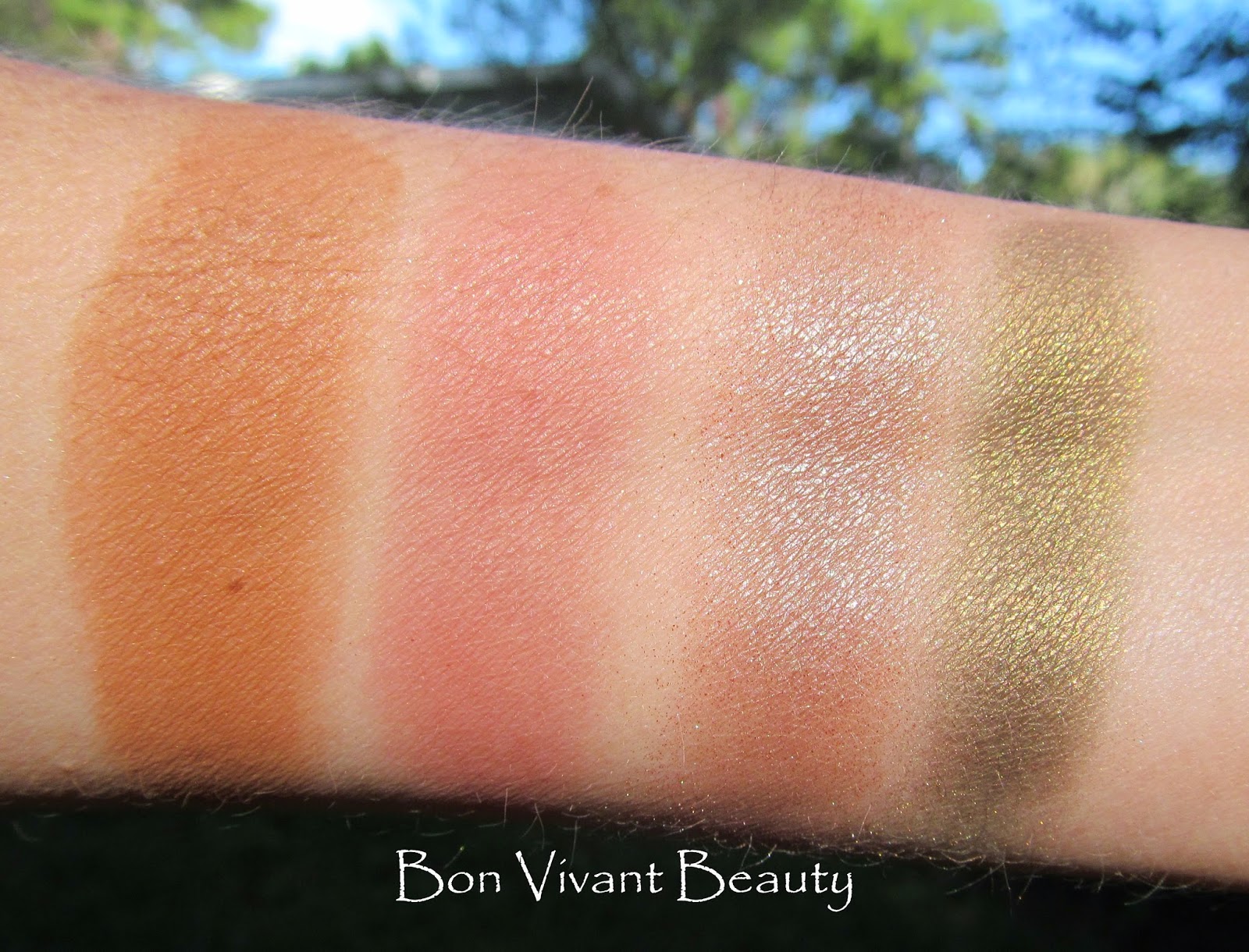 Tomorrow I'll have some looks I've worn with the After Dark kaleidoscope as well as some comparison swatches.  The After Dark Total Look kaleidoscope retails for $95 and should be out soon.  I hope those in the U.S. are having a safe and happy Labor Day!
Posted by Lulubelle at 6:00 AM