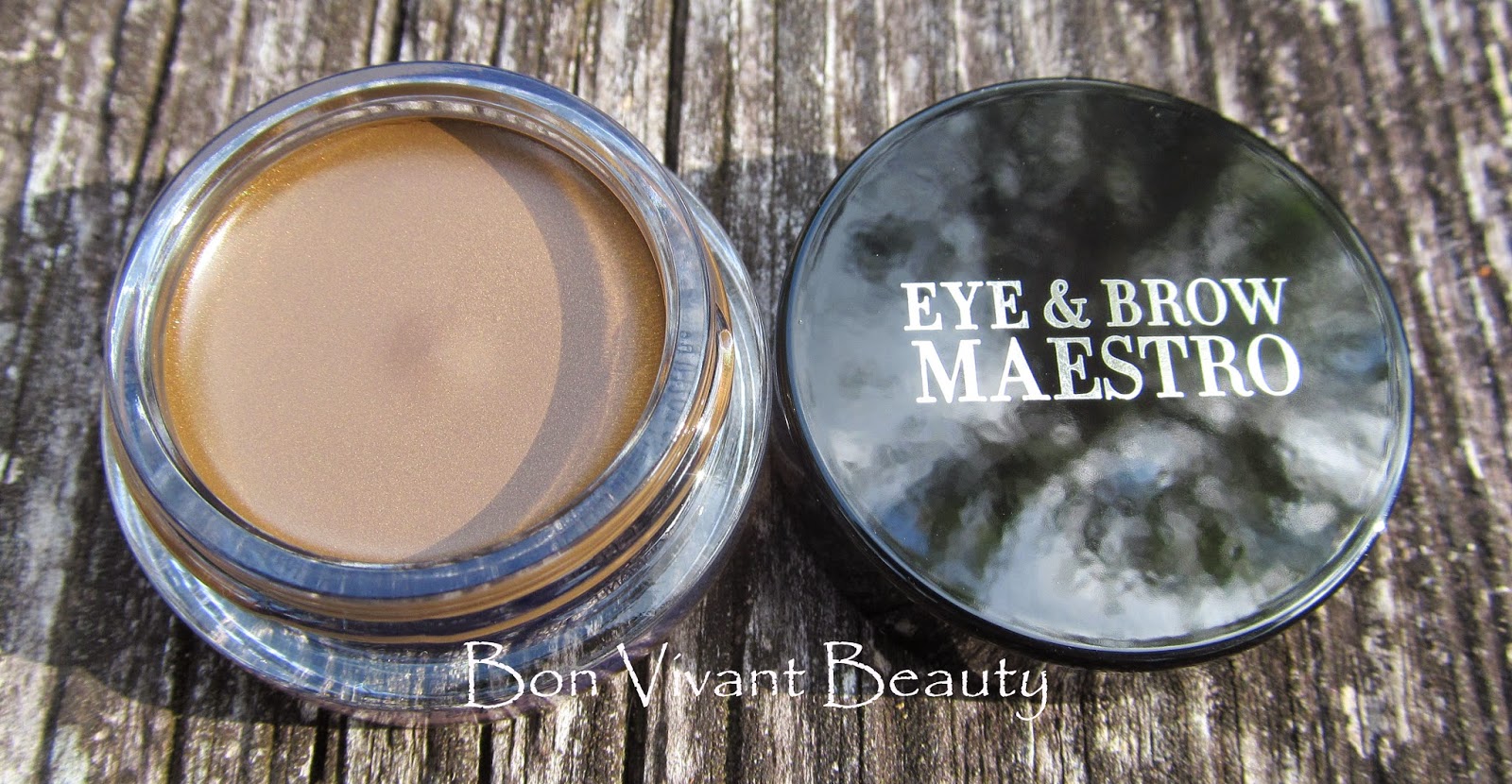 Disclaimer:  I purchased this.
I picked up two of the Giorgio Armani Eye & Brow Maestro gels ($34) in Gold 09 (review here) and Medium Brown 04 a few months back.  I wanted to use the Medium Brown one for a while before reviewing, as I was initially unsure of my feelings for it.  Well, I've formed some firm impressions now, and here they are! 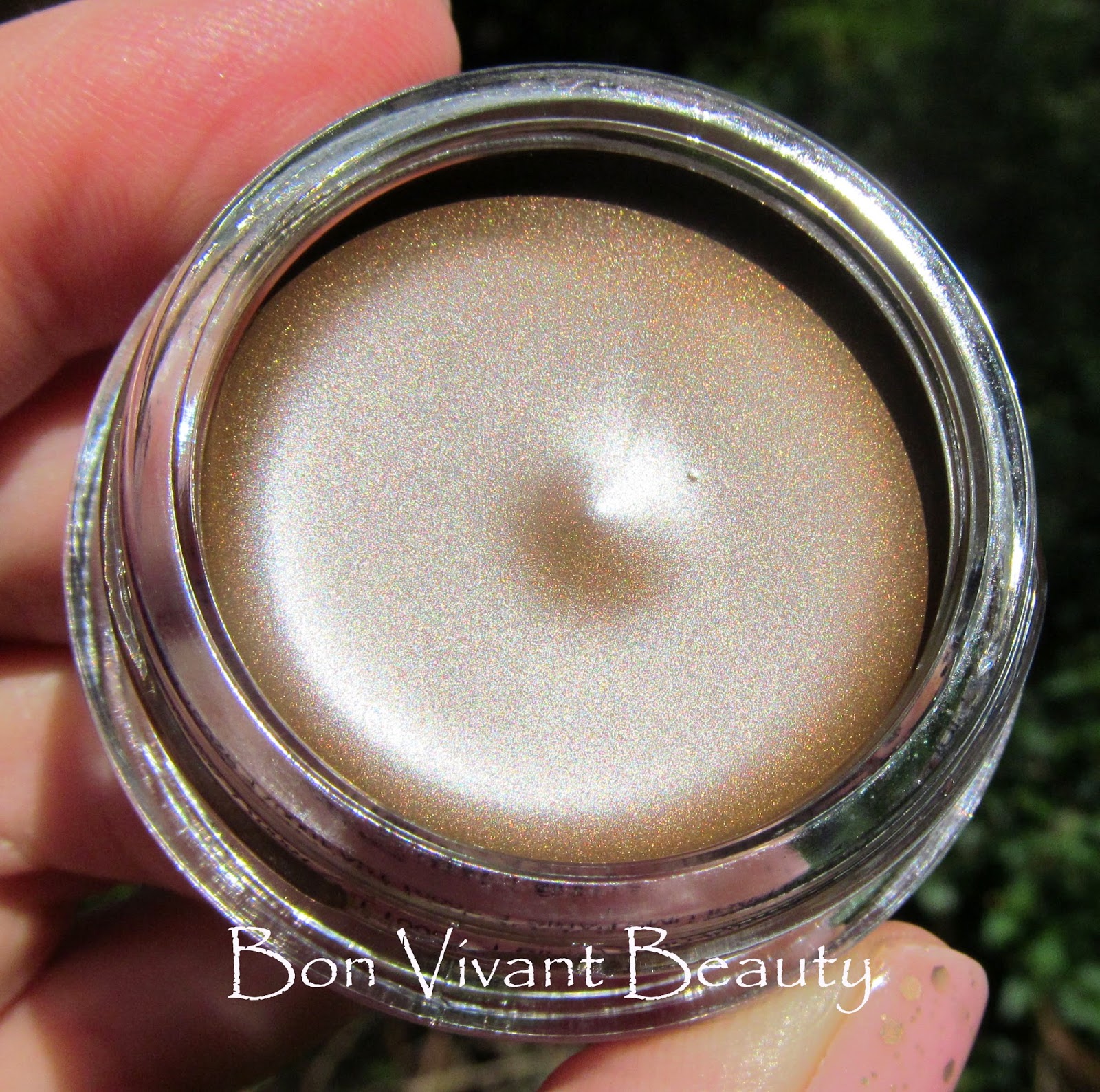 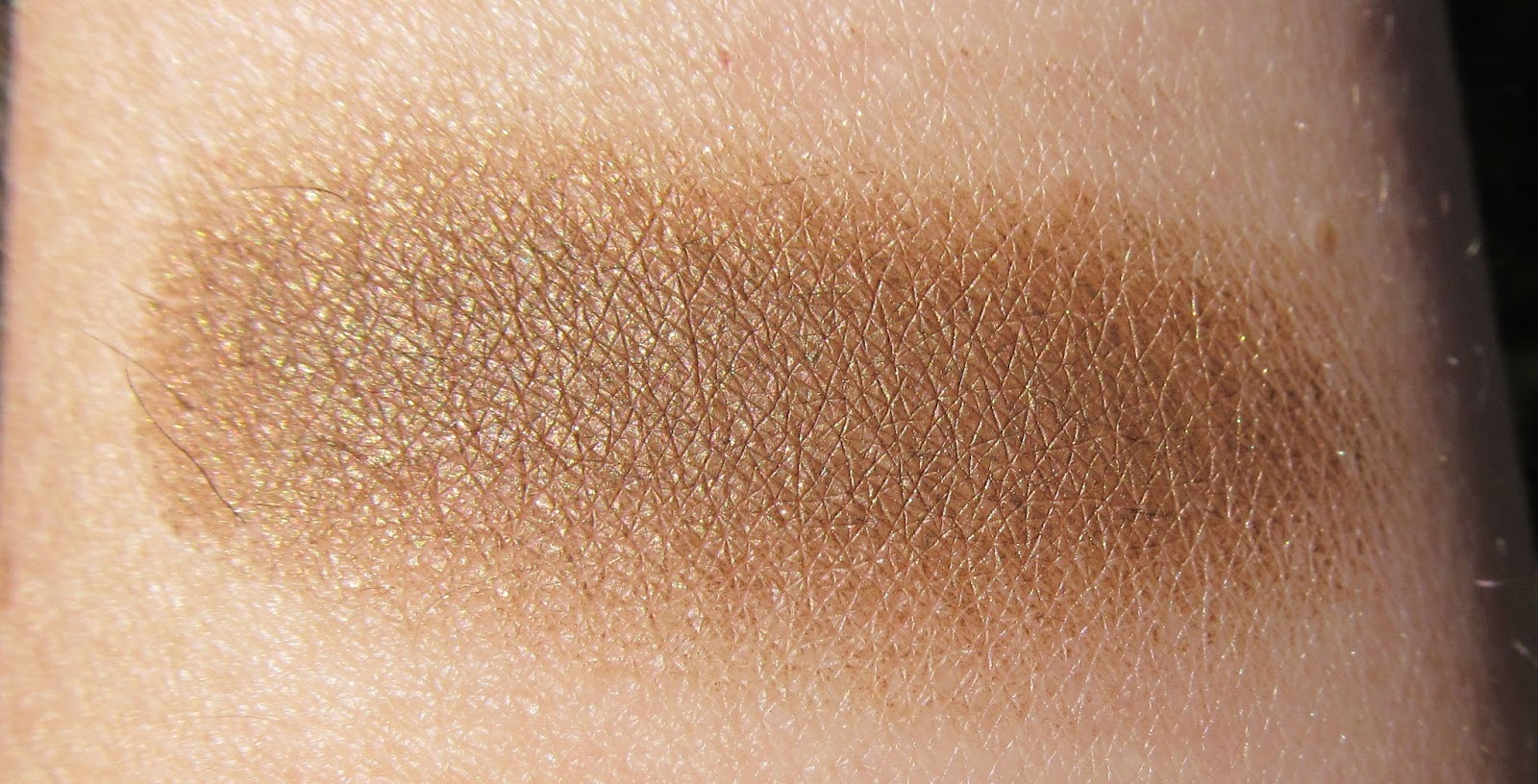 A bit of background on this new offering from Giorgio Armani Beauty:  these gel creams are billed as a multi-tasker that can work as a brow shaper, eyeliner, eyeshadow, hair root touch-up and contour all in one.  That's appealing, but also where some of my ambivalence for Medium Brown started.  This was the color that had the most potential to serve as both a eyeliner/eyeshadow/brow tint for me.  One of those three gives me the warm fuzzies, but the other two?  Not so much. 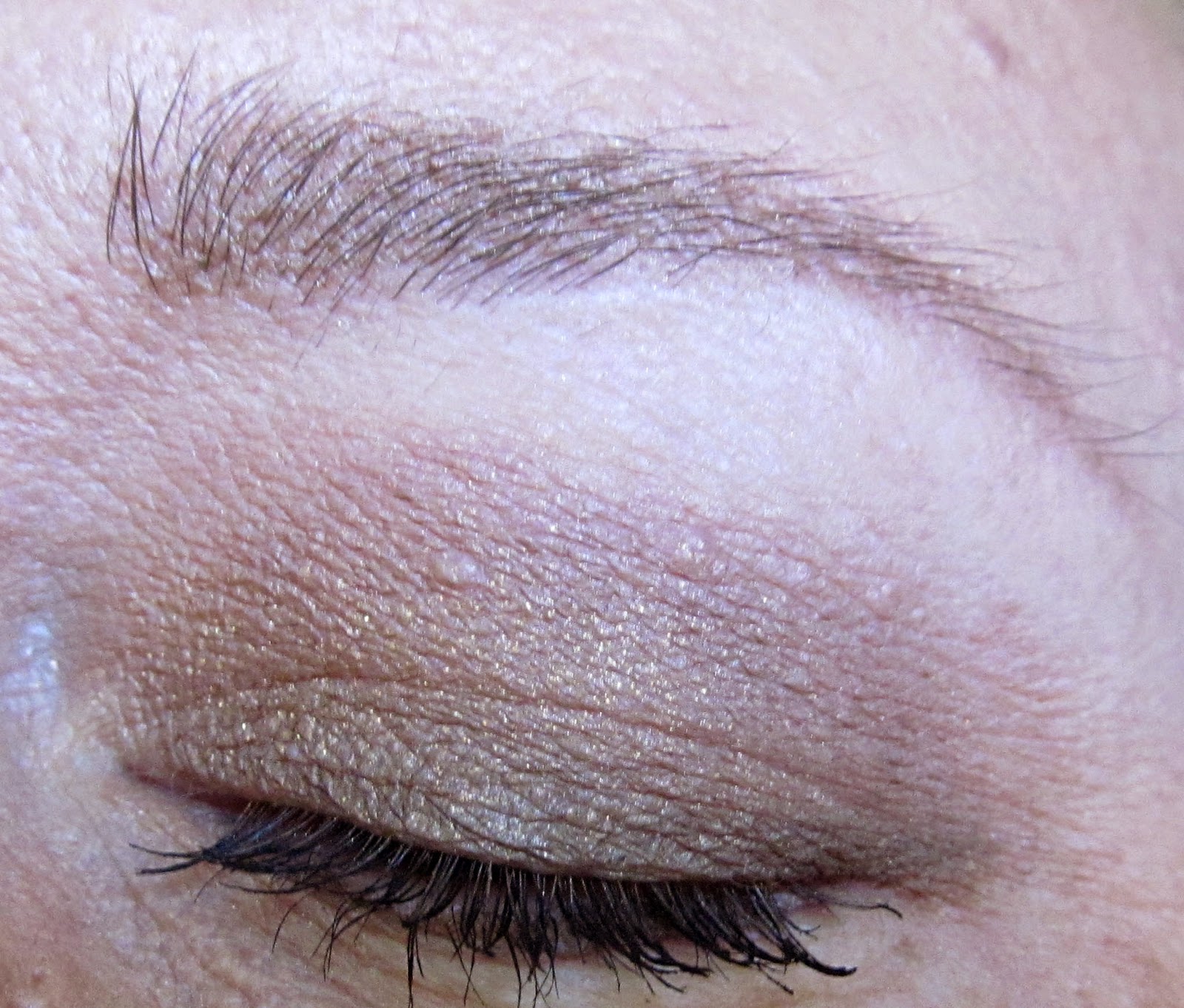 As a brow gel, I really like Medium Brown.  I apply with a dense, short haired eye liner/smudger brush, and then comb it out with a spool brush.  I like the subtle shimmer in it, which mimics the gleam that your hair naturally has.  These gels are waterproof and are supposed to wear for 20 hours.  While I can't speak to that length of wear, I've not had any issues with them smudging or fading for a full day of wear.
As an eyeshadow I found Medium Brown to be problematic, in that I could not get smooth coverage for the life of me.  It was hard to blend out and seemed to go patchy no matter what I did.  The Gold one I loved as an eyeshadow, however, so there ya go. 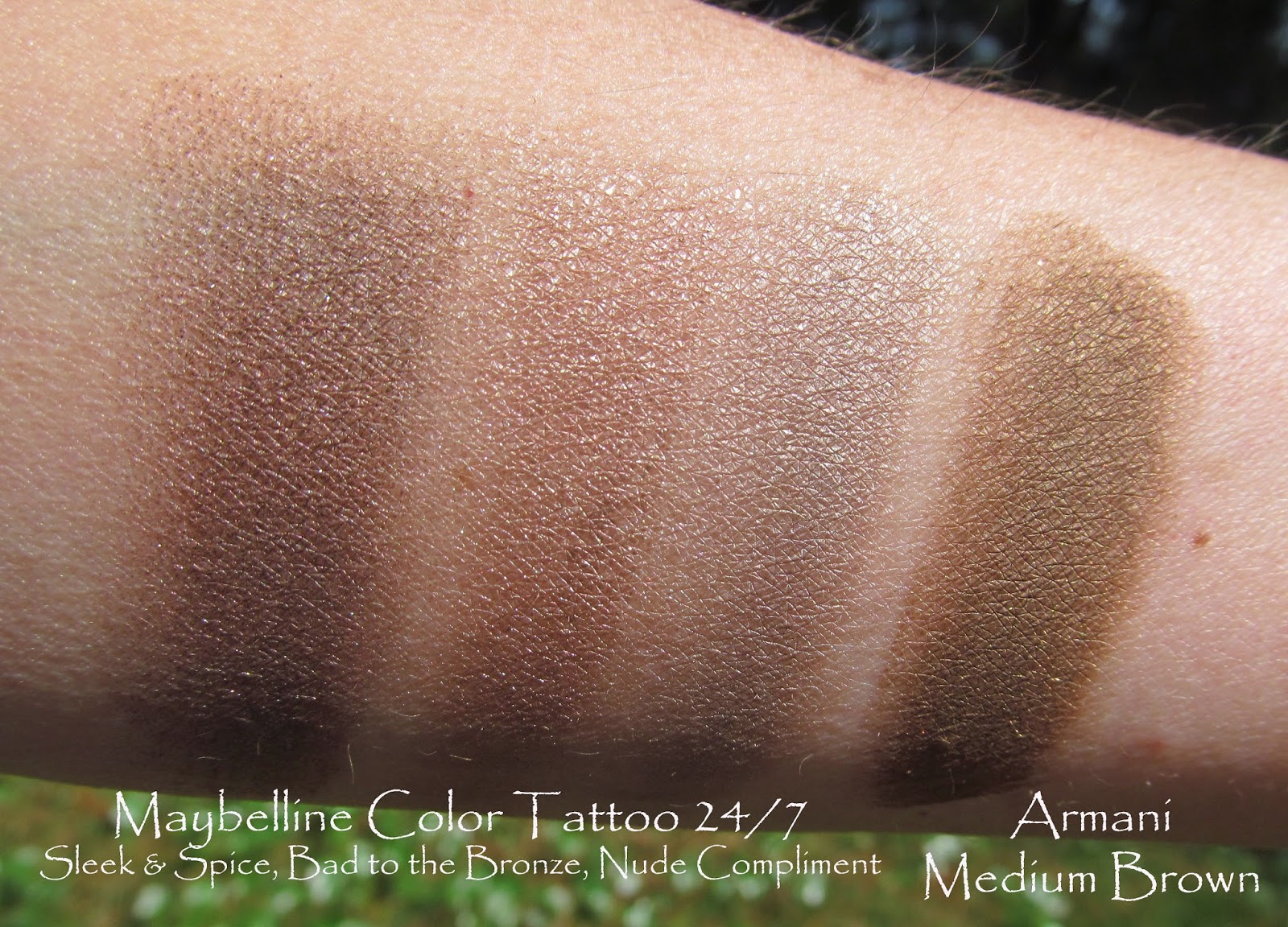 I checked my Maybelline Color Tattoo 24/7 cream shadows to see if I had any dupes, but I don't.  You'll notice that Armani Medium Brown is quite pigmented, which may be way I'm having difficulty using it as an eyeshadow.  As a brow tint, I use the tiniest amount on the brush for my entire brow, so I think this will last me until like, death.  Or until it dries up.
Posted by Lulubelle at 6:00 AM