February Julep: The Eyes Have It 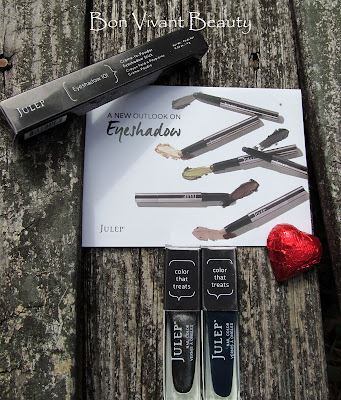 February saw the return of Julep's Eyeshadow 101 pencils in new shades, something I've been looking forward to.  The formula on these shadow pencils is really nice, but the original packaging had the issue of the shadow bullets coming loose during shipping and falling out when opened.

I actually had no problems with the one I received prior to the redesign, but my new one?  The bullet flew out when I opened it :-)  Fortunately, no harm was done and I was able to put it back together, but suffice it to say I don't think the redesign worked completely.  The plastic container is lightweight enough to feel a bit on the flimsy side, but the shadow itself?  It's all good. 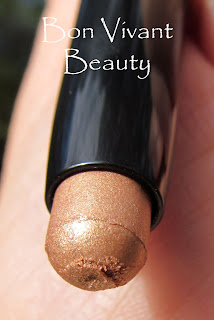 The polishes this month didn't particularly grab me, but I ended up going with the Bombshell colors: 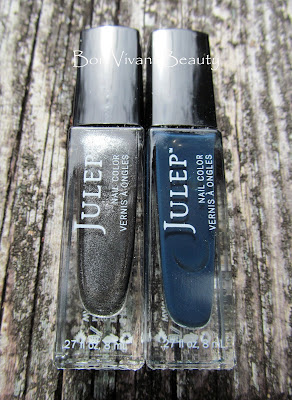 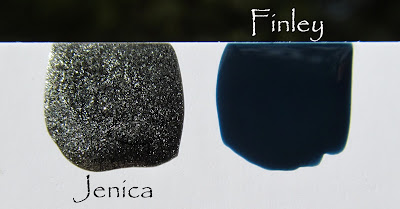 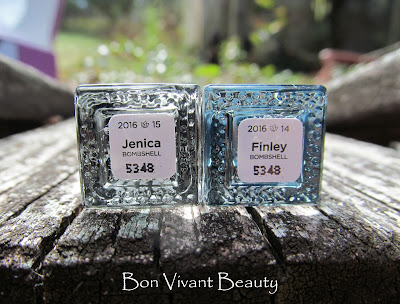 Jenica is described as a wrought iron metallic, and I'm liking it a lot more than I thought I would.  You'll see more of it on Friday when I post my NOTD.  Finley is navy smoke creme, but it has a teal undertone to me.  Pretty. 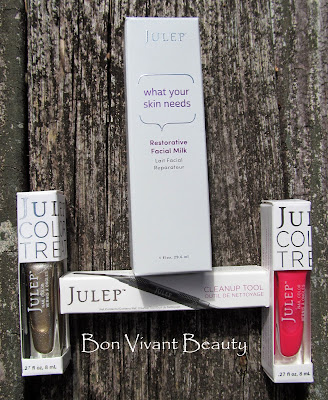 I gave my mom a bottle of the What Your Skin Needs Restorative Facial Milk for Christmas and she wanted another bottle, so I added 2 more add-ons in order to get the free gift that comes with 3 add-ons.  The gift was Sienna, which I already own, so that was anti-climatic.  I also picked up the Cleanup Tool and the Flirt Mystery polish, which was the neonesque pink Caitlin.  I like it. 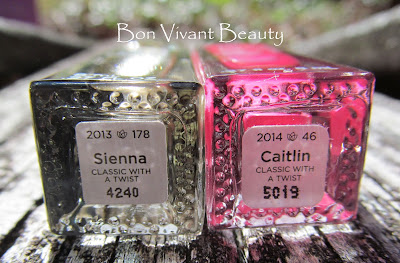 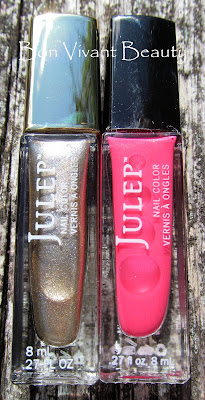