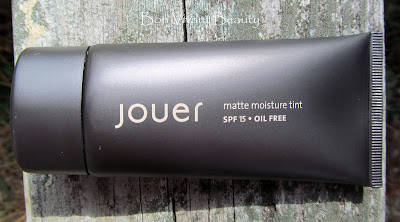 Disclaimer:  I purchased this.
My two year anniversary with Birchbox just occurred, so with the 25% off code they sent and the Birchbox dollars I had saved up, I purchased Jouer's Matte Moisture Tint in Nude for a whopping $8.50.  Yep, that's almost a $30 savings, and my inner bargain shopper feels gratified :-) 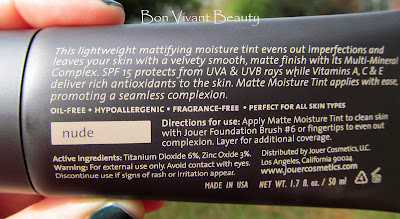 This is actually a product I had not sampled via Birchbox, but it sounded right up my alley and I'm still on a foundation quest, so I took a chance.  The Matte Moisture tint comes in 5 different shades and I chose Nude, which is for light to medium complexions.  Designed to even out skin with a velvety matte finish, the Matte Moisture Tint contains SPF 15 as well as anti-oxidants A, C, and E for complexion enhancing benefits. 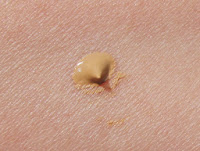 First up, the pro's:  I like the coverage and the finish.  I've been using a foundation brush to apply and a lightly larger than pea size is sufficient for my entire face.  While I can tell some slight settling in pores initially, it's minimal and the finish is matte without being flat. 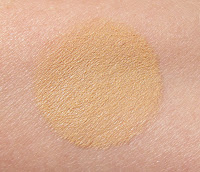 Now for the con's:  Nude turned out to be slightly more yellow in tone than I was expecting.  I tend to think of my skin as being fair but warm, but perhaps my undertones are more peach than yellow?

I did some comparison swatches with other foundations that have been a good color match for me, such as Revlon's Colorstay Whipped in Warm Golden and Lauren Brooke Cosmetiques Creme Foundation in Cool No. 30.  They both look more beige in comparison to Jouer's Nude, at least to my eye.  I can say that at least in photos, Nude looks fine on me, so it's definitely wearable. 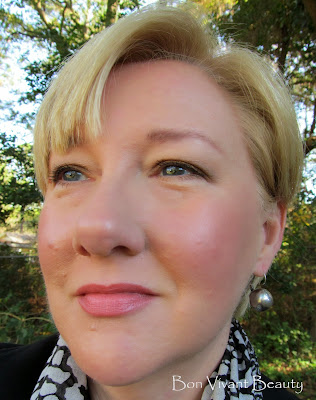 Now I'm wondering if the lighter shade Linen would have been a better choice, although Nude isn't too dark, it's just too yellow.  So, Jouer's Matte Moisture Tint's biggest ding may be that the 5 available shades are too limited, as these are not self adjusting like a BB cream would be. 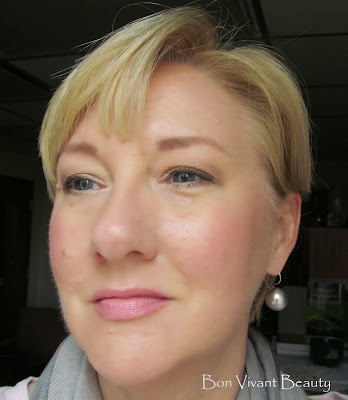 Another note:  if you are trying to avoid paraben's, this is not the choice for you.  I think it contains every paraben there is, but on the plus side, I guess that means it's got a long shelf life:-)  The Matte Moisture Tint regularly retails at $38 for a nice sized 1.7 oz tube.
Posted by Lulubelle at 6:00 AM