Ever since the discontinued 24/7 eye pencils by Urban Decay were put on sale, I've been slowly collecting almost every one of them.  I have Binge in a teeny tiny travel sized version, but for $6, I figured why not get a full sized one?  I really had not used the tiny version very often, and swatches I'd seen online had me thinking Binge was not that impressive, so I waffled back and forth for quite a while. 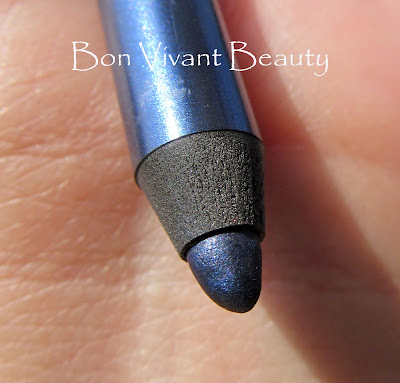 Here is why I thought Binge was not that impressive - it applies a bit patchy.  It's a gorgeous color, but definitely not opaque.  On the plus side, it is extremely easy to use as a base color for powder shadow, as the texture is soft and creamy enough to easily apply to my lid.
So then the proverbial light bulb went off and I thought "why not use Evidence from the Urban Decay Smoked palette on top?"  Evidence is another problematic on it's own color, IMO.  The first time I tried using it back in April as an all over lid color it was patchy city, as you can see below.  It was a nightmare on it's own and definitely needs something to stick to.  Maybe mine's a dud? 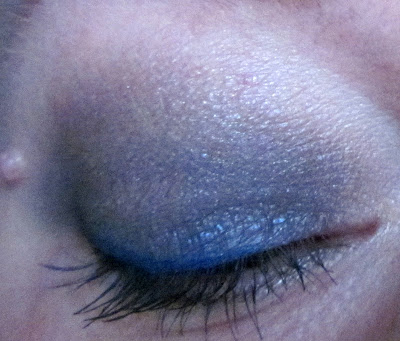 Layered over Binge, however, it's a thing of beauty :-) 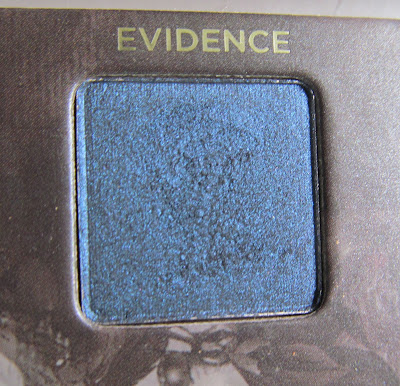 Here I did a cat eye, layering Binge first and then smudging Evidence closer to the lash line, topped with a very thin black line of Le Metier de Beaute's Noir eyeliner.  Mascara is the underwhelming and clumpy Lorac Special Effects that I received in the Hautelook summer beauty bag.  The graduation of color gives it just enough color without overwhelming my small eyes, and I love the effect! 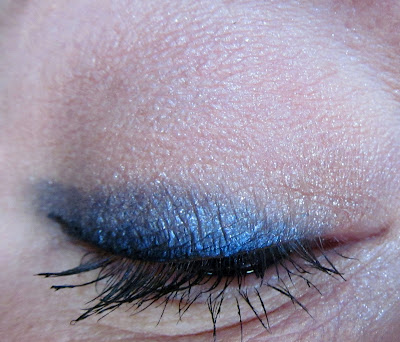 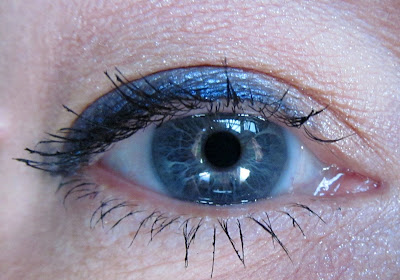 So count me happy that I finally spent $6 to acquire the full sized version of Binge.  Both Sephora online and Urban Decay still have it in stock, but colors are getting sold out and disappearing forever (okay, there is still ebay and such).  Happy Labor Day!
Posted by Lulubelle at 6:00 AM