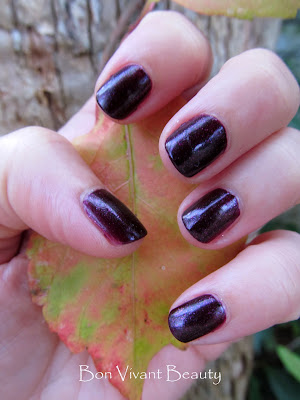 Smashed is one of the polishes included in Estee Lauder's Delectable Lacquers gift set.  A deep wine base shot through with flashes of hot pink and blue sparkle, Smashed was easy to work with and I used 2 coats with Zoya's base and top coats. 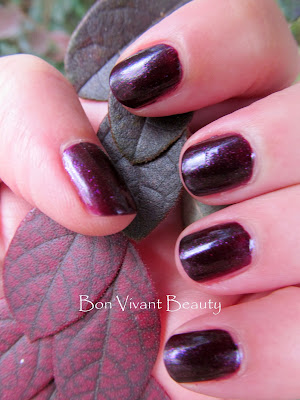 Sadly, I got some bed sheet impressions on the not quite dried yet nails, as I was probably clenching my bed covers on Mobile's coldest night of the year (mid-twenties).  I know those who live in frozen tundra lands laugh at us warm weather babies, but I swear cold in Mobile feels colder.  Scoff if you will, but I lived in Boston for 10 years, and it feels colder here. 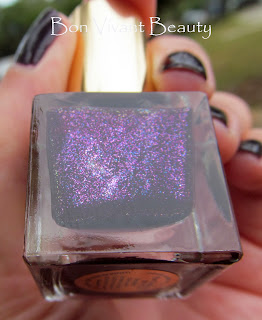 So, the mice and I have been shivering.  Yes, they are still here.  I'll be making my third trip to Lowes tomorrow to pick up more weaponry.  I've got to admit that I admire their resourcefulness, as they seem to be able to get in places that have no discernible way to get into.  Except for the traps I bought.  I curse the Lowes guy who told me about his wife waking up with a mouse in bed with her, because now that worries me.  My border collie Maggie sleeps with me, so I hope that is enough of a deterrent. 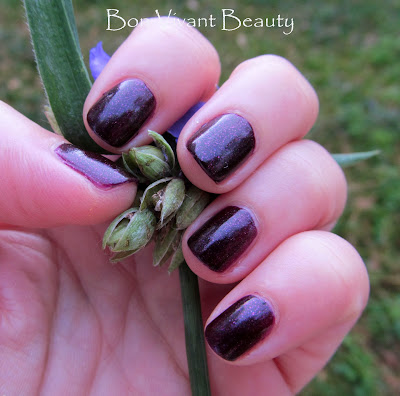 But back to nail polish.  Smashed doesn't quite live up to how it looked in this bottle shot, as it's flash is more subtle on the nail.  It's enough to give it visual interest, however, and make it different then Black Plum from the same set. 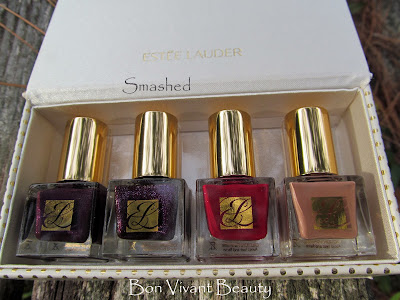 Estee Lauder polishes are on the pricey side at $20 each, which made the Delectable Lacquers gift set look more reasonable at $27.50.  I've enjoyed the two polishes from it I've tried thus far!

Linking up with The Nail Files hosted by Jennie from Well Shut the Front Door!