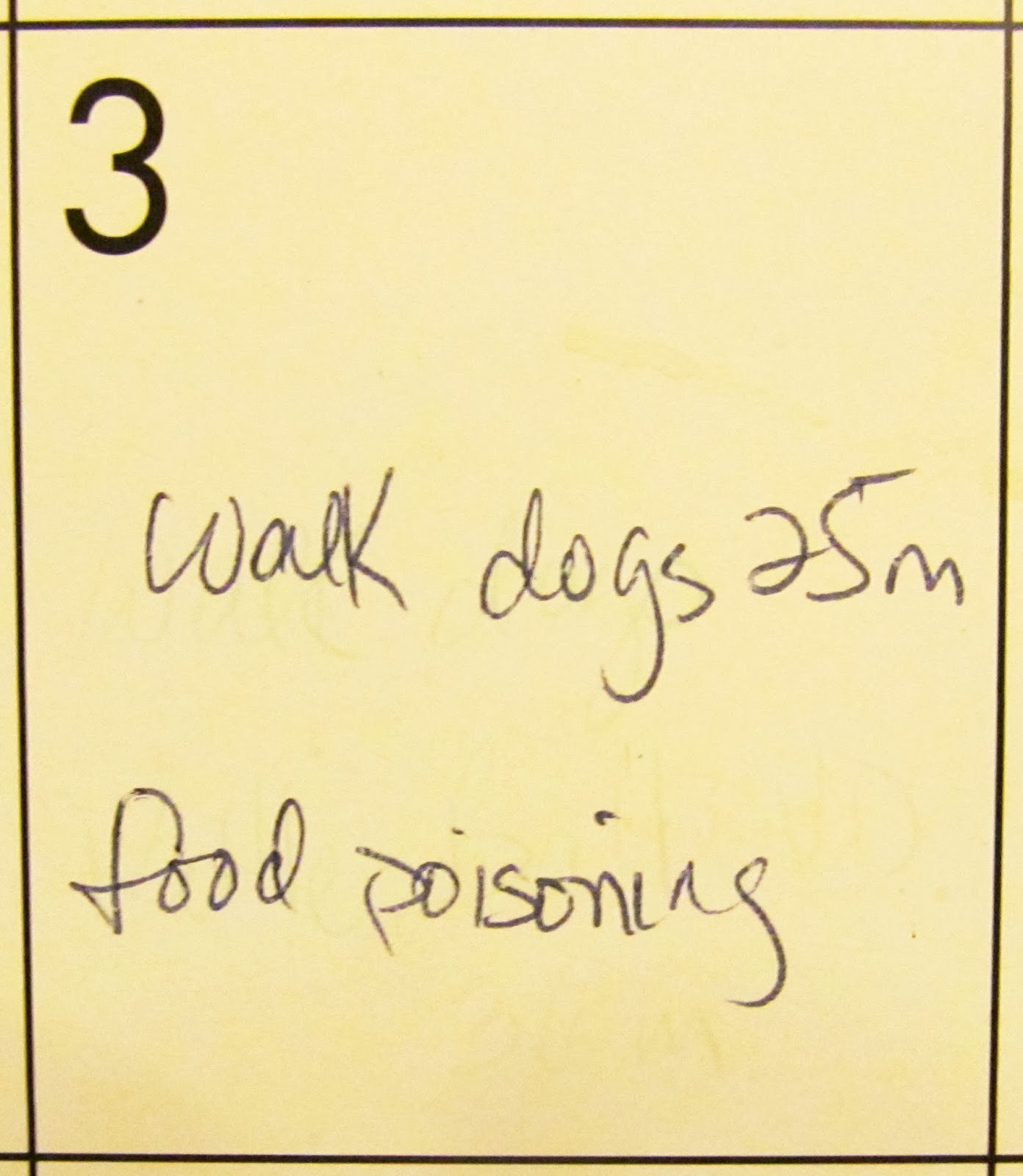 Well, despite my intentions to make nice with February, it does not appear to want to make nice with me.  February is the month that I'm usually gutting it through the cold weather in anticipation of spring, and on February 3rd gutting it through took on a whole 'nother meaning.  Food poisoning, most likely of the Staphylococcus aureus (S. aureus) bacterium variety.  Consequently, I've been operating at about 60% of my normal capacity, so let's see how that affected progress on my resolutions: 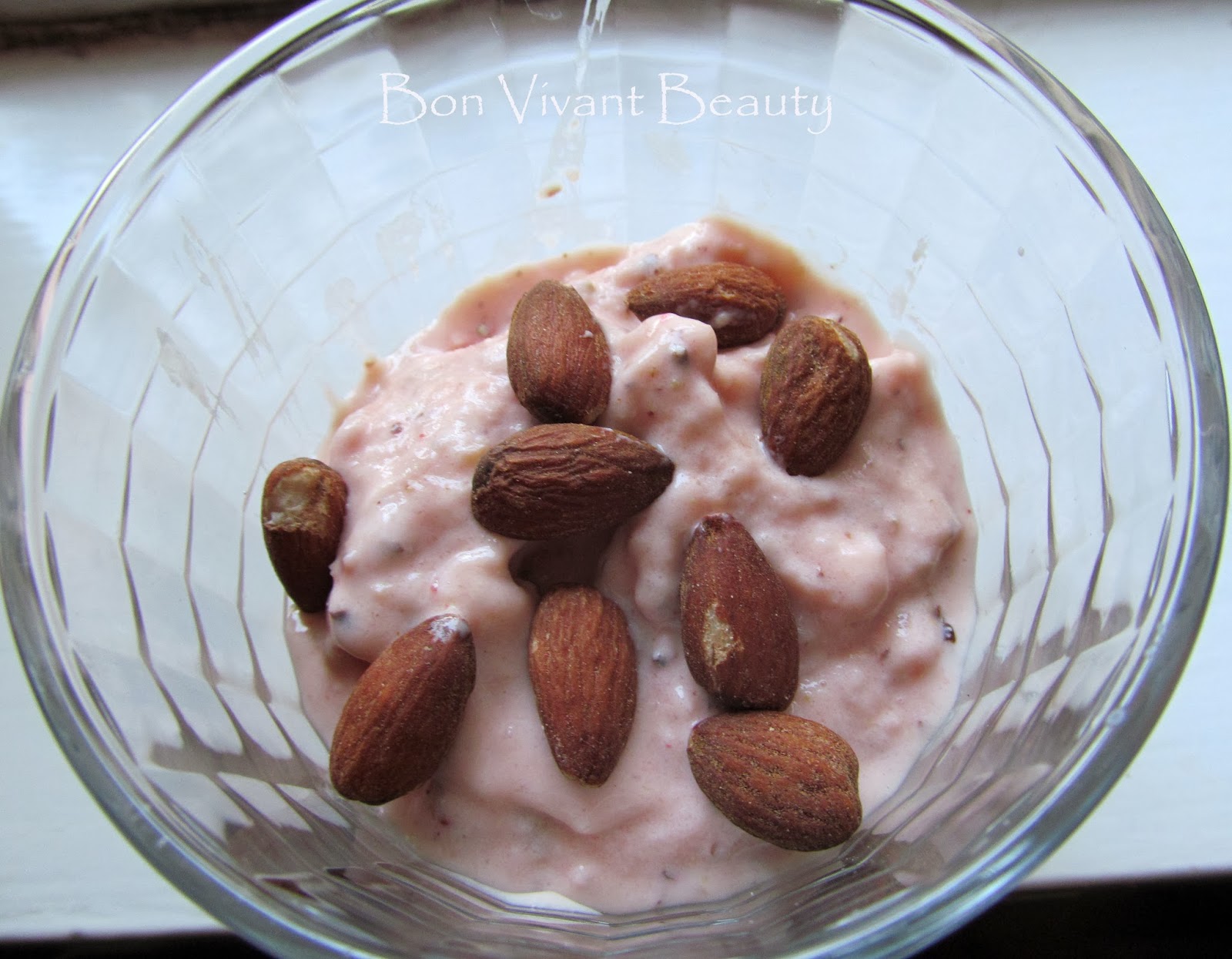 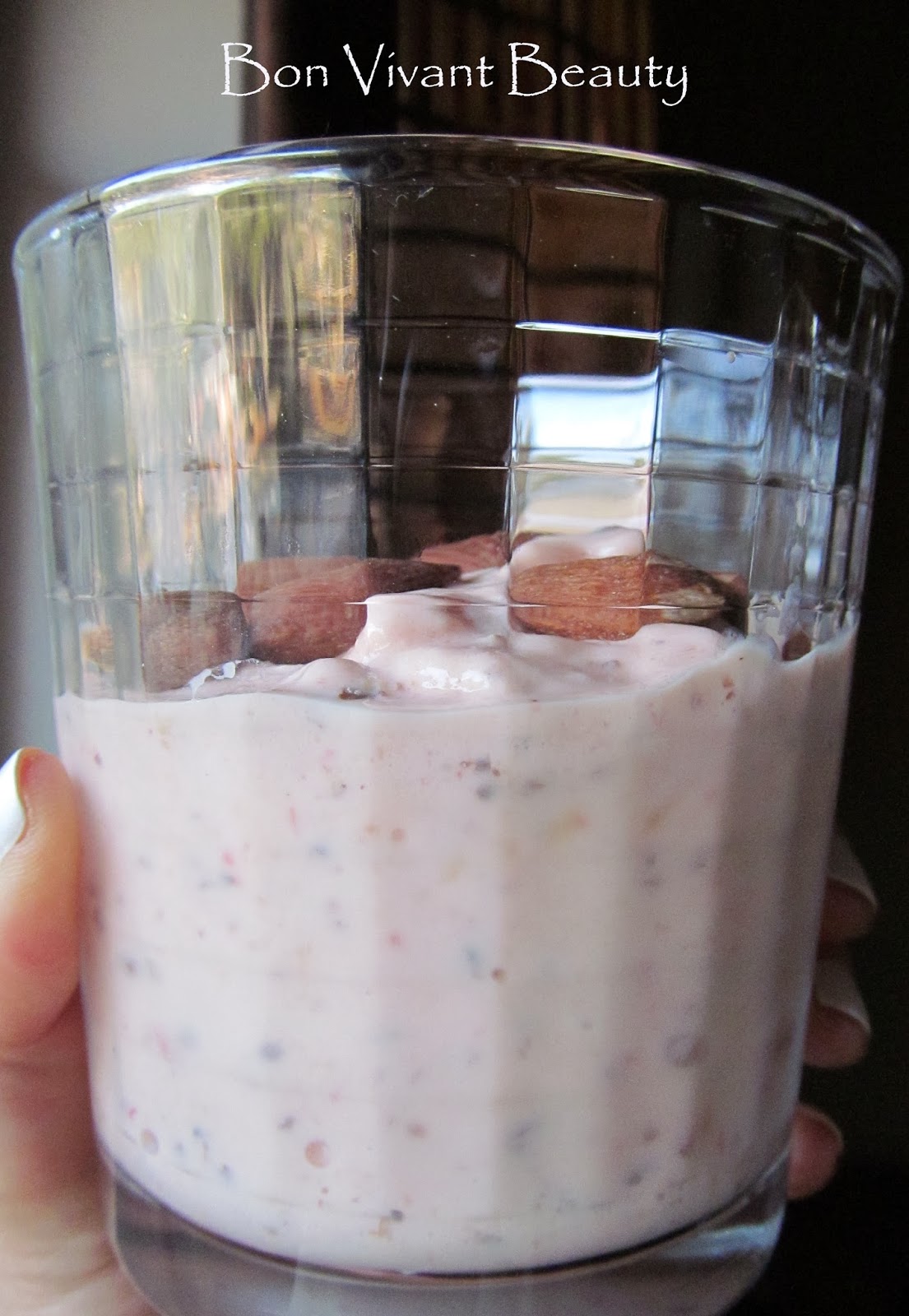 Well, considering the culprit of the food poisoning was a take-out meal of hamburger steak, mash potatoes, and broccoli, that kind of drove home the "cook more" part of my "eat better" resolution.  Not that I was eating much this week.  I did mix up a yogurt and fruit smoothie with Greek yogurt, frozen peaches, strawberries, pineapple, and mango, flax seed and almonds that was pretty darn good.  I also made a slow cooker hodge podge of steak, beans (9 bean soup mix), brown rice, and tomatoes that I'll be eating on this week.  No take out for a while :-)

Exercise also suffered as a result of the food poisoning, although I did what I could.  Even walking the dogs wasn't an option, as Lily has a hurt paw and would go berserk if I left her behind to walk the other two dogs.  On the plus side, I've probably lost weight from not eating much and well, you know, so that's good, I guess.  Oh who am I kidding?  Food poisoning SUCKS. 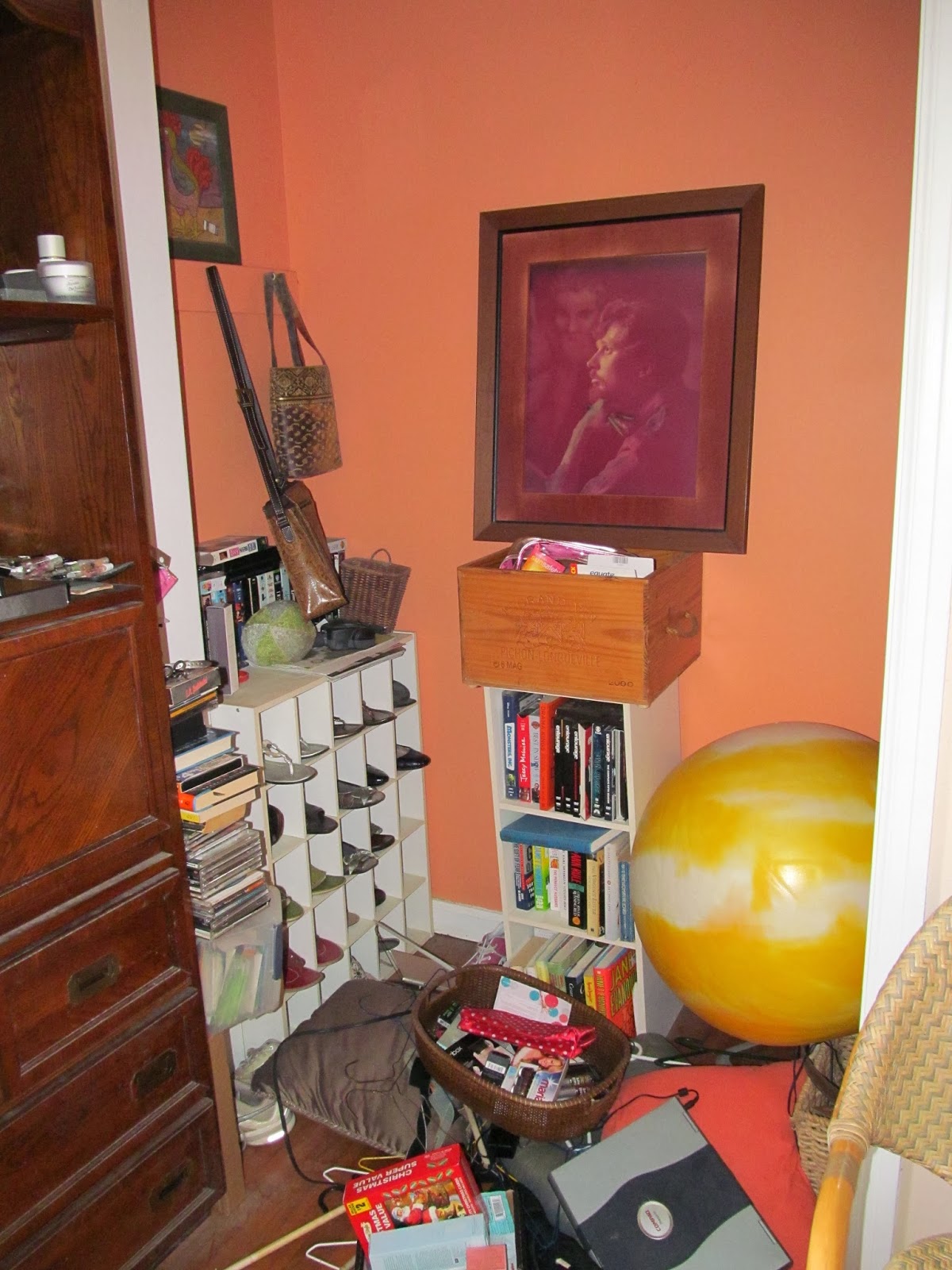 I did manage to declutter another area that's been an eye sore for a while.  Some of this clutter was actually the result of decluttering my closets last year.  I've come to the not so surprising conclusion that moving stuff around is not what decluttering is about.  You really do need to throw stuff away.
So, I threw out the hangers that had just moved from one room to another.  The laptop I purchased my last year of graduate school got tossed as well.  I can't even remember what operating system that was.  Yes, I still have movies on video.  I guess I'll toss them when the tv with the built in video player dies.
This little alcove area is actually a closet area in the room I use as my office/makeup room.  The closets in my house are appallingly small, and this one never had doors or a bar in it when I moved in.  So, I use it for shoes/books/movies/makeup and skincare that is waiting to be tested/miscellaneous other items.  The portrait is of my father when he was young.
He was an artist, and one of his paintings can be faintly seen in the background.  I believe that one was inspired by an illustrated version of Dante's Inferno that my parent's used to wallpaper the bathroom in the house we lived in when I was about 6.  Yes, it was an interesting childhood:-)

I'm still going strong on my no-buy for makeup/skincare/beauty items, so yeah me!  No new items to add to my wish list, although I did have a brief moment of "I deserve something nice after throwing up for hours".  I ultimately decided not throwing up anymore was the true reward.  Hopefully, your week was much better, and if not, we can commiserate together.  Looking forward to watching The Walking Dead tonight - that should put things in perspective :-)
Posted by Lulubelle at 6:00 AM

Email ThisBlogThis!Share to TwitterShare to FacebookShare to Pinterest
Labels: resolutions