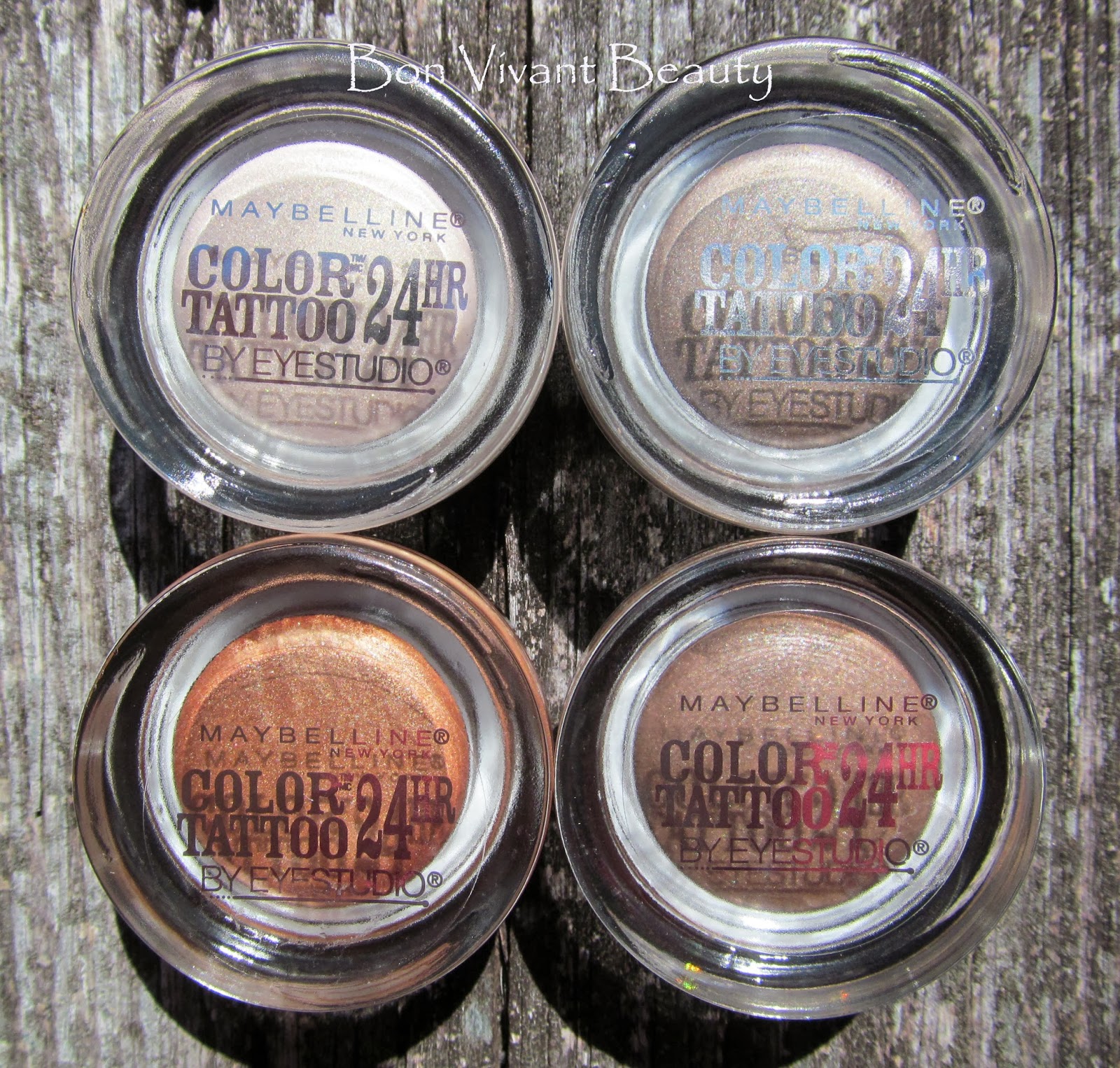 If anything is going to motivate me to break my no-buy before April 1st, it would be limited edition, neutral Color Tattoo eyeshadow by Maybelline.  These hit my radar on Saturday and I bought them on Sunday, and I have nary a single regret :-) 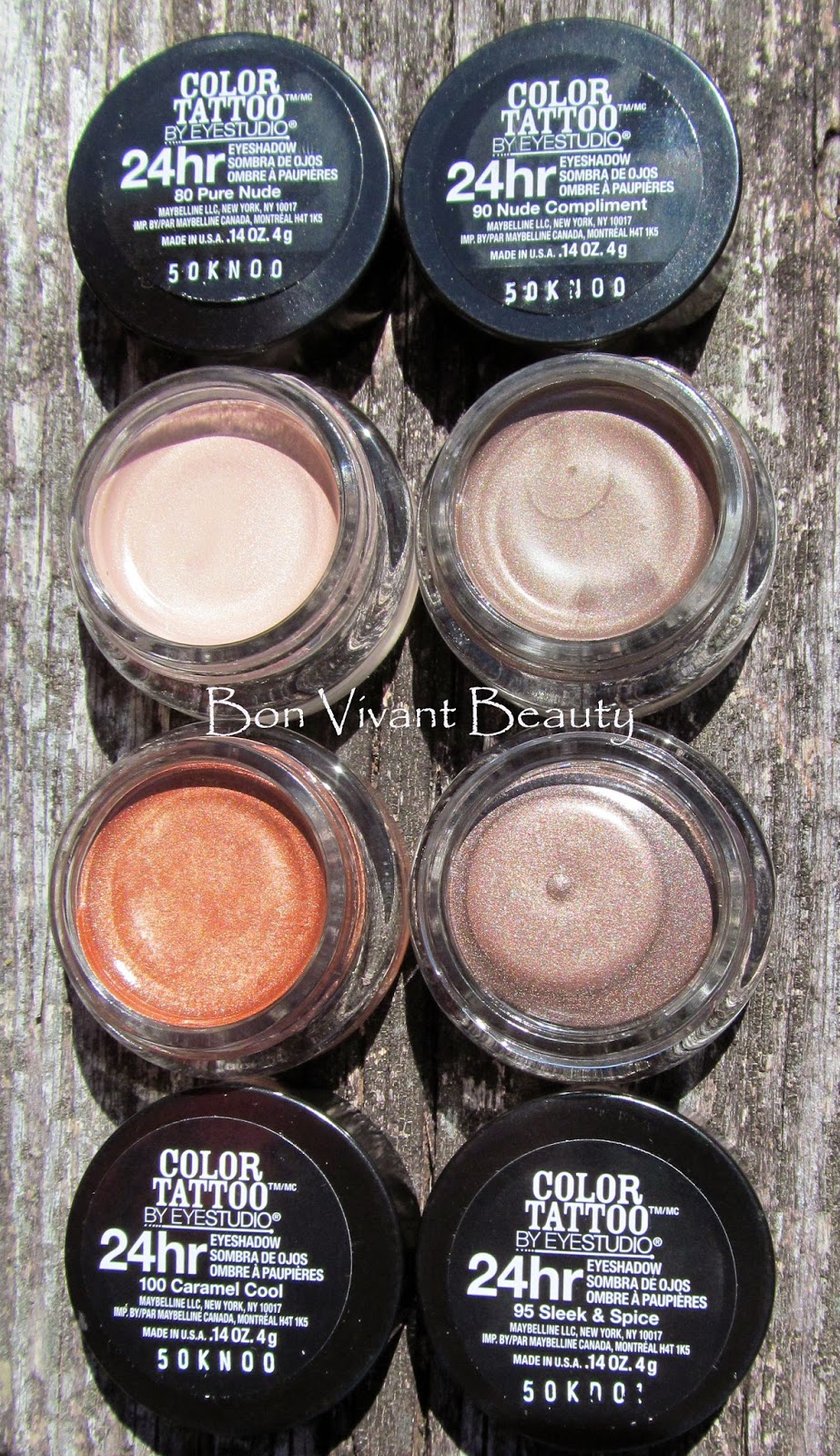 There are actually 6 new shades available, but these 4 were the ones that appealed to me.  Rite Aid had them in a Dare to Go Nude display with other products from that line, and there were only 2 of each color.  There is some speculation that these may not be limited edition, as they are not marked LE on the plastic safety wrappers.  I wasn't taking any chances, however, especially after missing out on the LE matte cream shades from last year.
I wanted to get swatches up in case anyone else feels the same urgency I did to snap them up.  I'll be posting separate reviews for each once I've had a chance to play with them, as well as comparisons to some of the other Color Tattoo shades.  I can say that they smooth and creamy and do not have that slip that caused sheering out like some of the Color Tattoos from last summer.

Rite is having a BOGO sale on Maybelline products this week, and if you buy $15 worth you get a $3 UP+ reward on your next purchase.  That brought the $6.99 price down to a more reasonable $4.50 for four of them.  Have you seen these out yet?   Any that appeal to you?