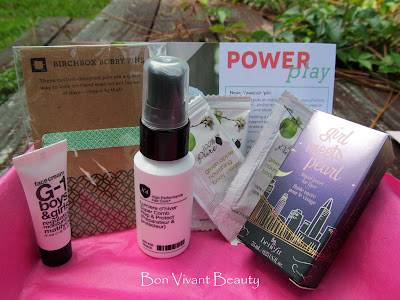 The theme of July's Birchbox was taking control of any situation and making the most of every minute, no doubt influenced by the promotion of the TV series "Suits", which I've never seen.  Nor am I feeling particularly take charge or motivated in general, although I did go for a run this week.  For the first time in a long time.  Then I payed the price with really sore muscles for the next 3 days.  But, that's par for the course getting back into shape, which I was really motivated to do earlier in the week..... 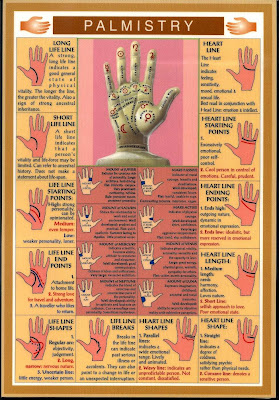 I actually had an astro-physicist who read my palm once.  I'm not kidding, he really was an astro-physicist who worked for NASA, and his serious hobby was palmistry.  I think he even taught a course on it at the University of Alabama (maybe one of those adult ed courses?).  Anyhow, he told me I would go through periods of extreme productivity followed by periods of "worthlessness", and I'm in that worthlessness phase right now, it seems.  That's okay, I'm just gearing up for that next period of extreme productivity :-)  Plus, it's hot outside. 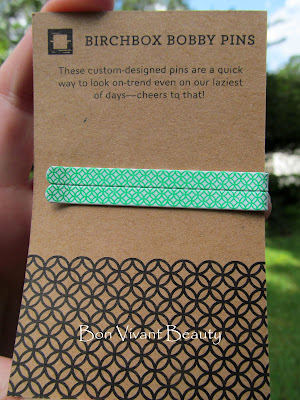 Okay, back to July's Birchbox.  I'll start with the item I'm most excited about, which is the beauty extra - the bobby pins.  Oversized and with a cute green and white pattern, I think they will make nice barrettes.  Sample value is $1.66. 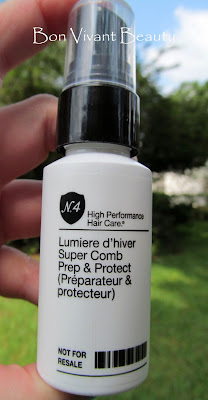 I'm also liking the Number 4 Super Comb Prep & Protect leave-in conditioning spray.  It's sulfate free, safeguards color, and protects against UV rays.  I've got a surplus of hair conditioning sprays/oils/leave in conditioners at the moment, but given my constitutional incapability to stay faithful to any one product, I'll add this to my rotation.  I'm estimating sample value at $8, as the size is not listed on the bottle. 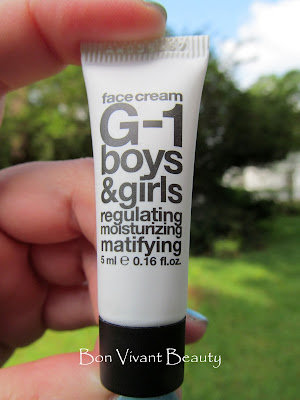 I'm interested in seeing how the Benta Berry G-1 moisturizing face creams performs, as it claims to regulate and mattify skin with a botanical ingredient base featuring blueberries, white dead nettle, jasmine, burdock, and mandarin.  I've yet to find a mattifying product that works well enough for me to really notice a difference, but hope springs eternal and all.  This is a French brand and is marketed as uni-sex, which I think is kind of cool.  Sample value is $3.66. 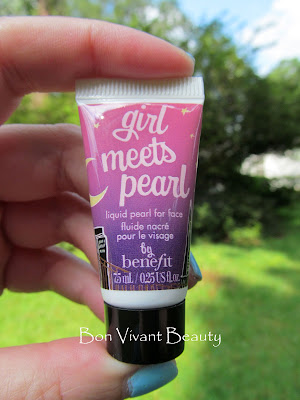 I've already got a sample of Benefit's Girl Meet Pearl liquid highlighter, so this item was just kind of 'meh' for me.  I don't use highlighters often as they can make my oily skin look even more shiny (I can't remember using the sample I have), but I will try a few looks with this to test it out.  It does look like it would be good for mixing with foundation for a bit of luminosity.  Sample value is $1.87. 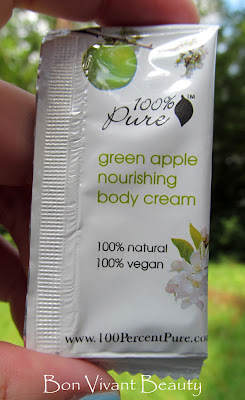 Last up is a brand I've been wanting to try for a while called 100% Pure.  I got 3 foil samples of their Green Apple Nourishing Body Cream, and I'm estimating value at 40 cents. 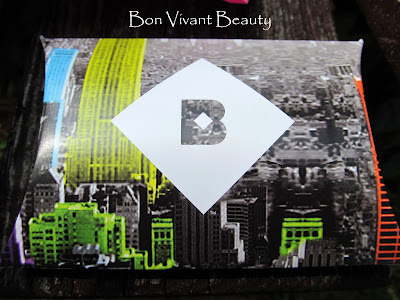 Birchbox usually packs a few items into a cardboard packet type container, and I thought this month's design was fetching.  It's a special print that Tibi designed especially for Birchbox called "Empire".  There is a makeup bag/pouch with the design that is available as a gift with purchase if you spend $65, or you can buy the clutch for $28.  I've got to give props to Birchbox, as they continually partner with other companies in some pretty savvy ways.

Total box value is about $15.50, which is one of the lower value boxes I've received.  I'm a bit 'meh' in general about July's box, but I will also use most of the items, so definitely not a bad box.  Just kind of 'meh'.

Disclaimer:  I subscribe to Birchbox for $10/month.
Posted by Lulubelle at 6:00 AM