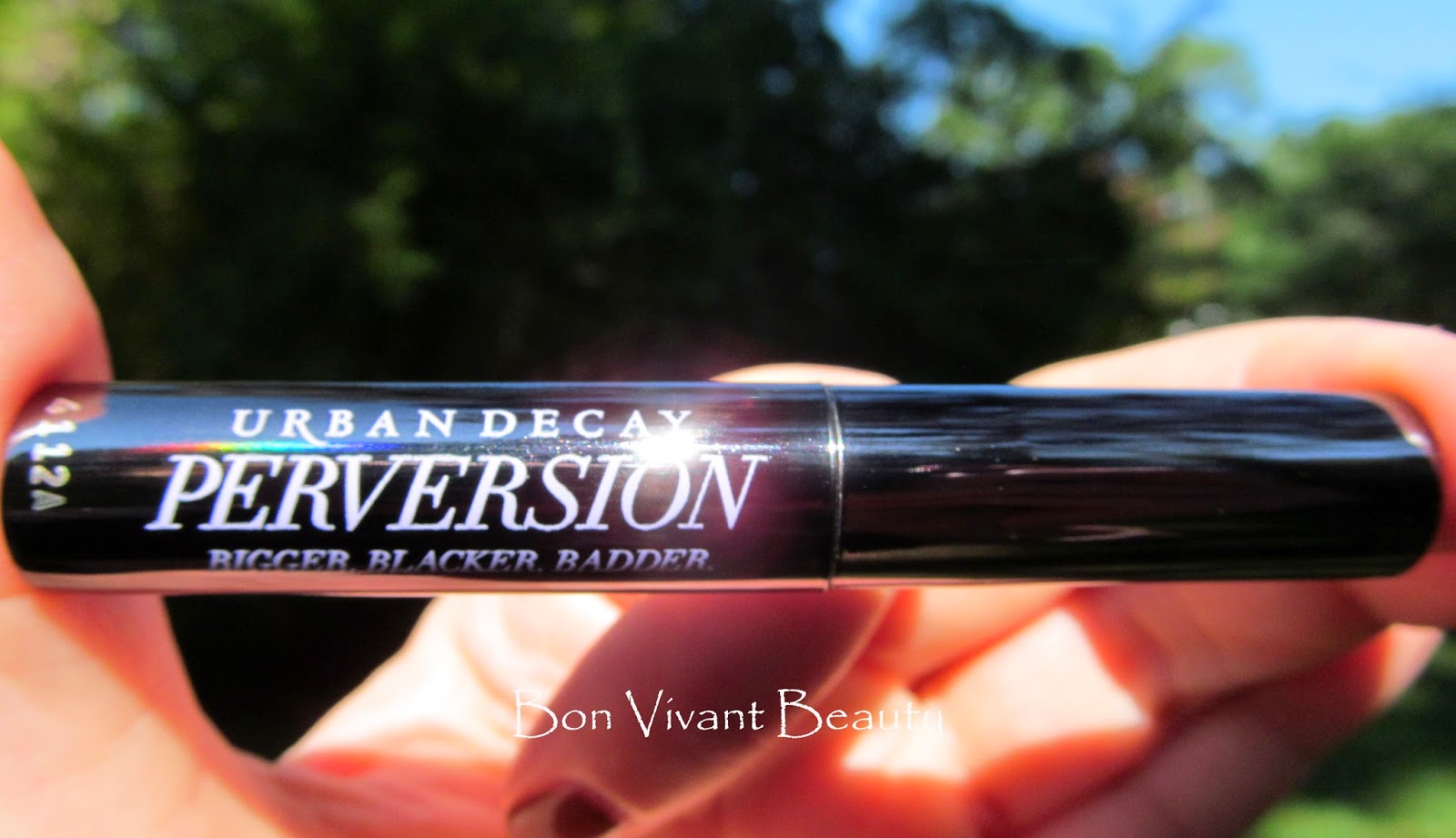 Disclaimer:  I received a sample.
As you've probably heard, Urban Decay has come out with a new mascara that is carrying the famed "Perversion" moniker.  The original Perversion was a blacker than black pencil eyeliner, and the mascara is


"So intense you might need a safe word, Perversion glides on and gets you sexy in one stroke. (Yet it won’t quit until you say when.) It’s insane how black it is…the purest, deepest, most intense black color imaginable."

The buildup to the release of Perversion mascara ($22) on July 13th has been quite the production, including a dedicated web site, contests, and free samples.  So, I was quite interested to try out the sample I received. 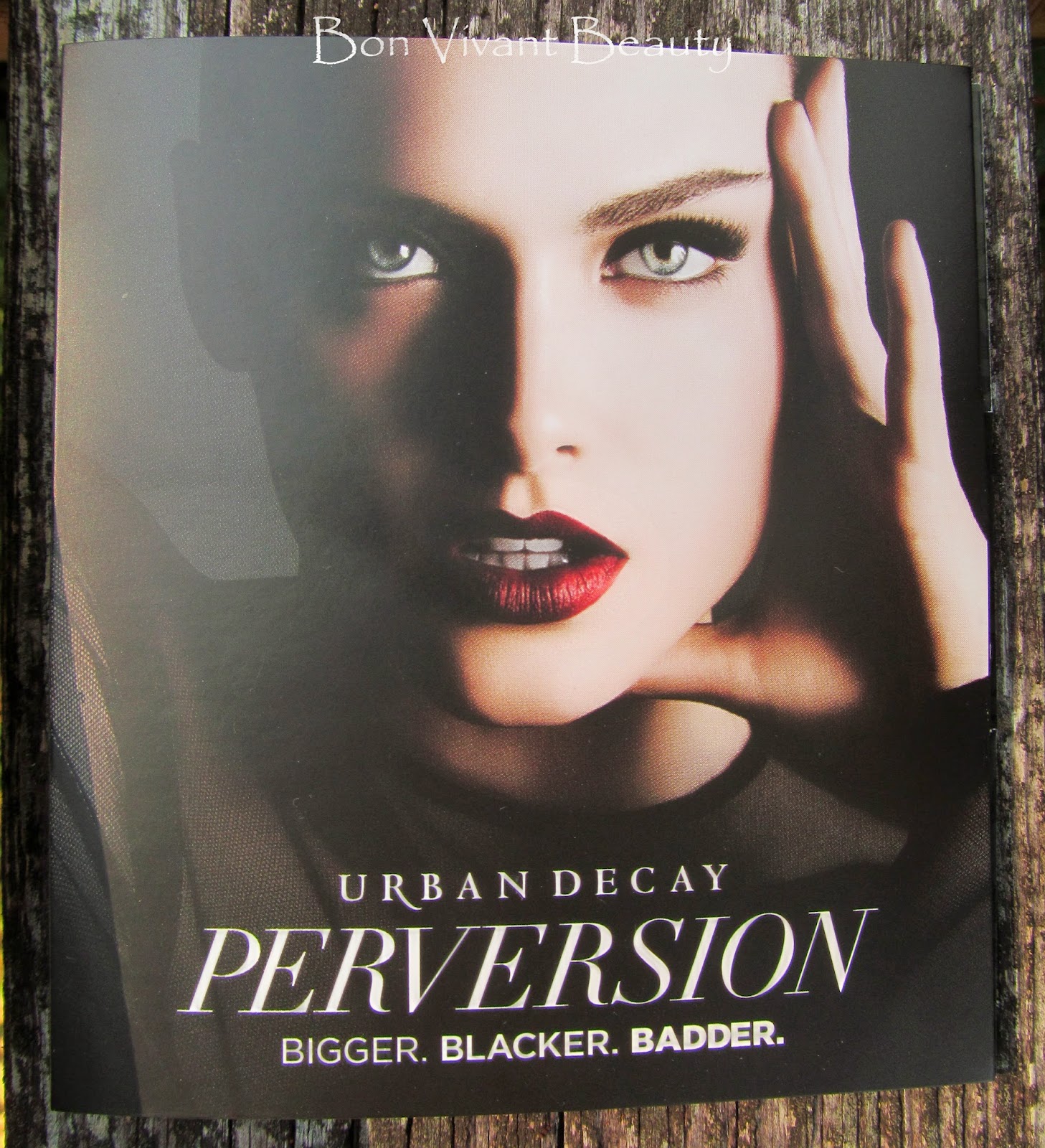 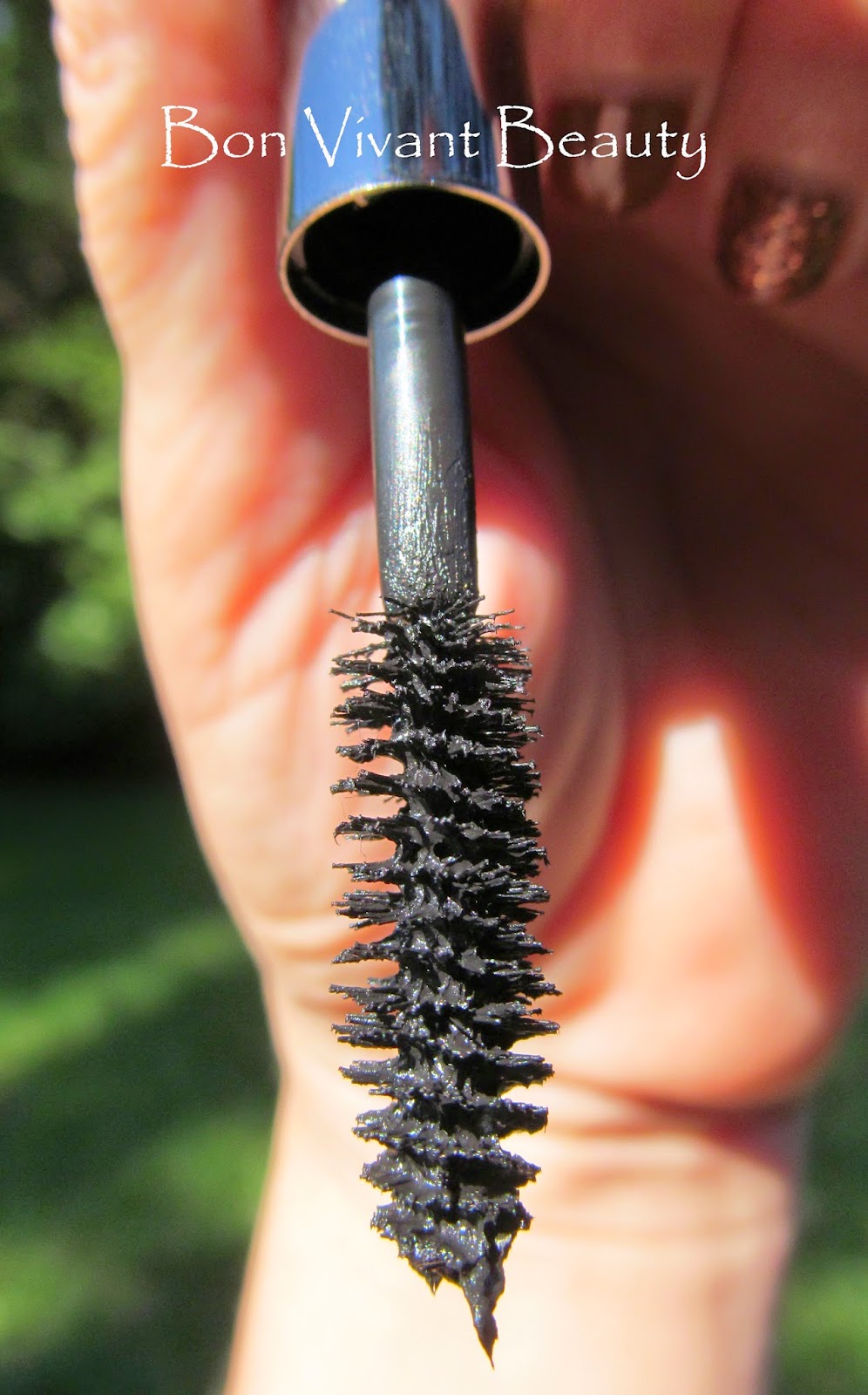 I've worn Perversion mascara 5 or 6 times now, and while I certainly don't want to dampen anyone's enthusiasm, here's my bottom line:  it's a nice black mascara, with one issue.   Well here, let me show you. 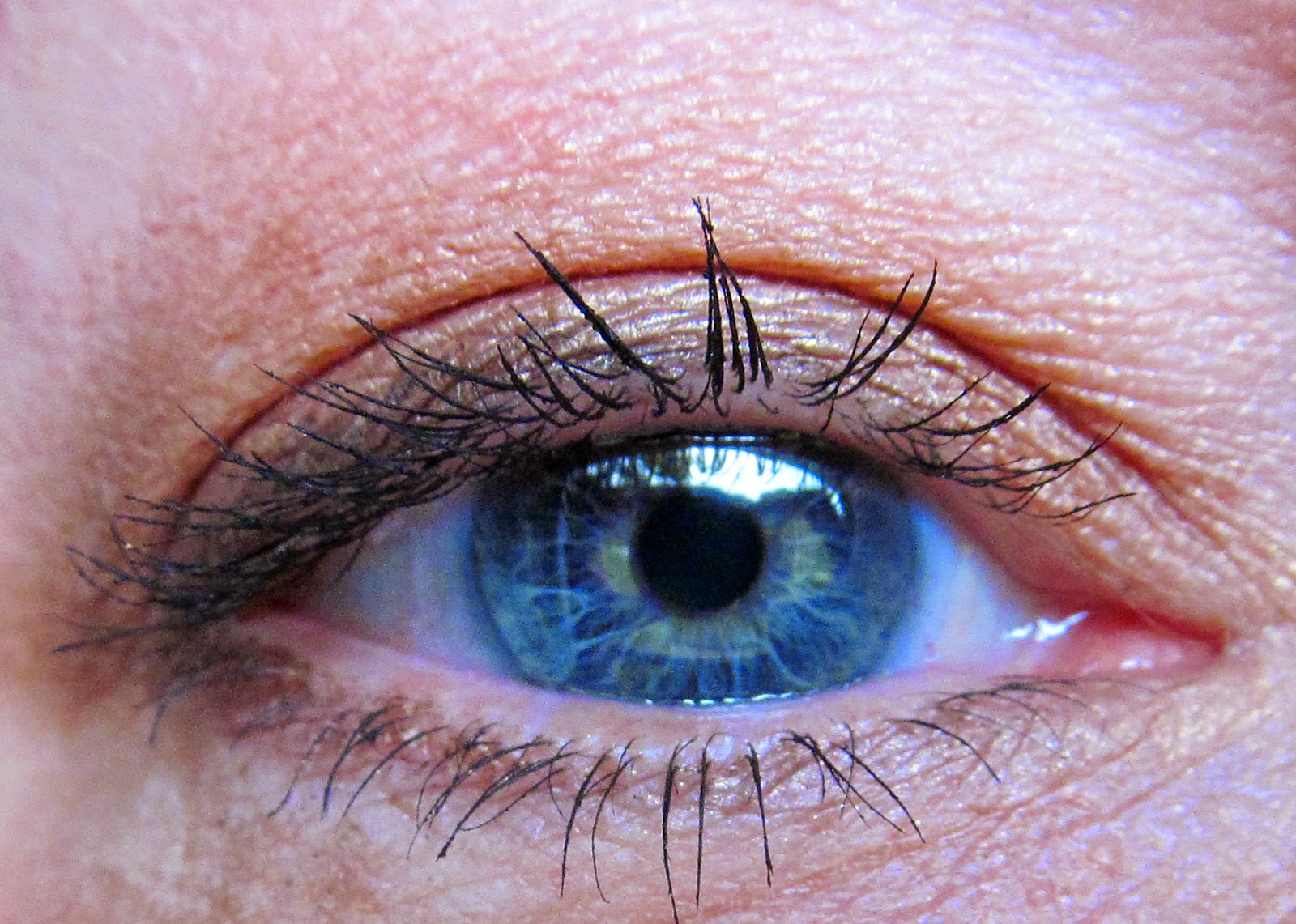 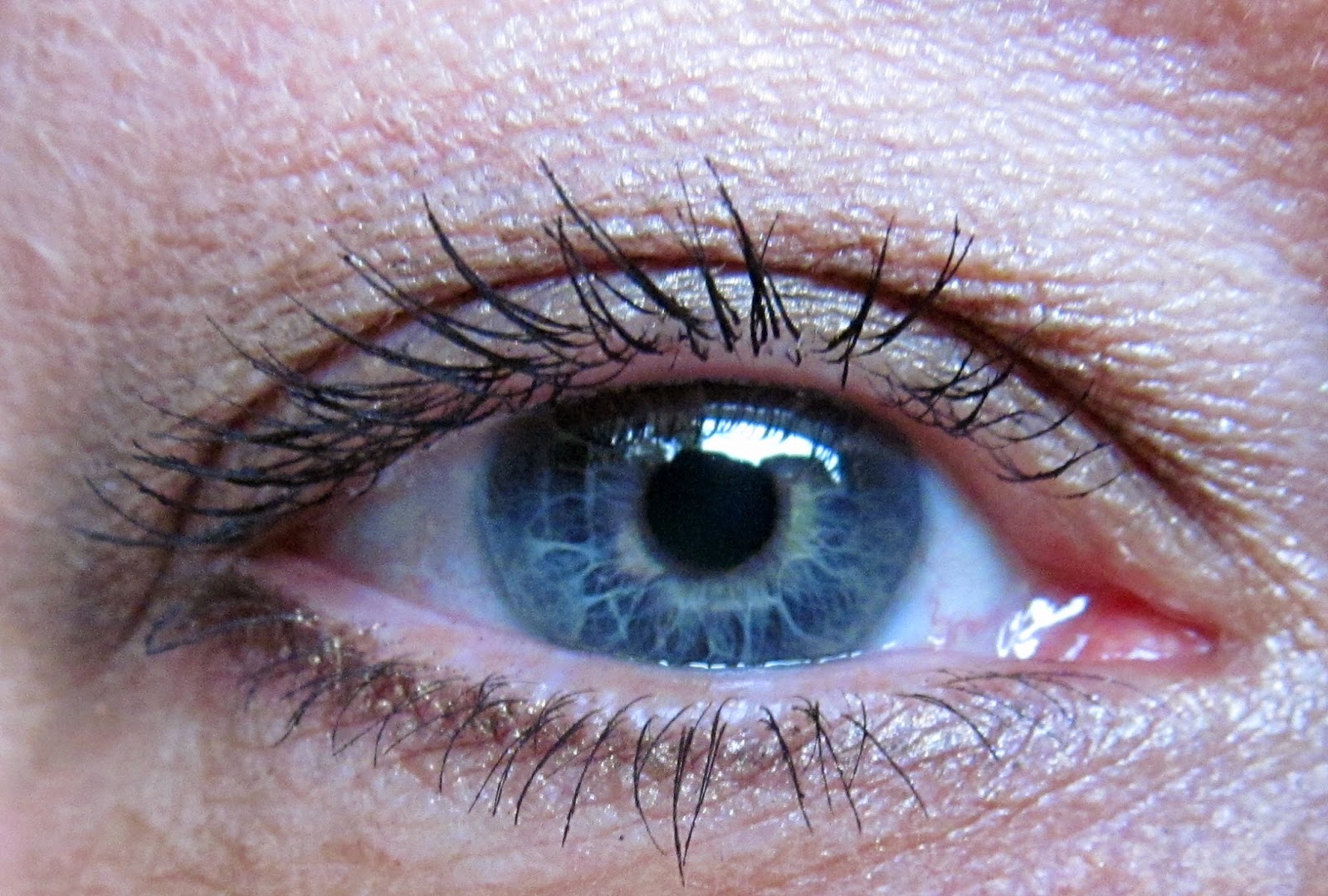 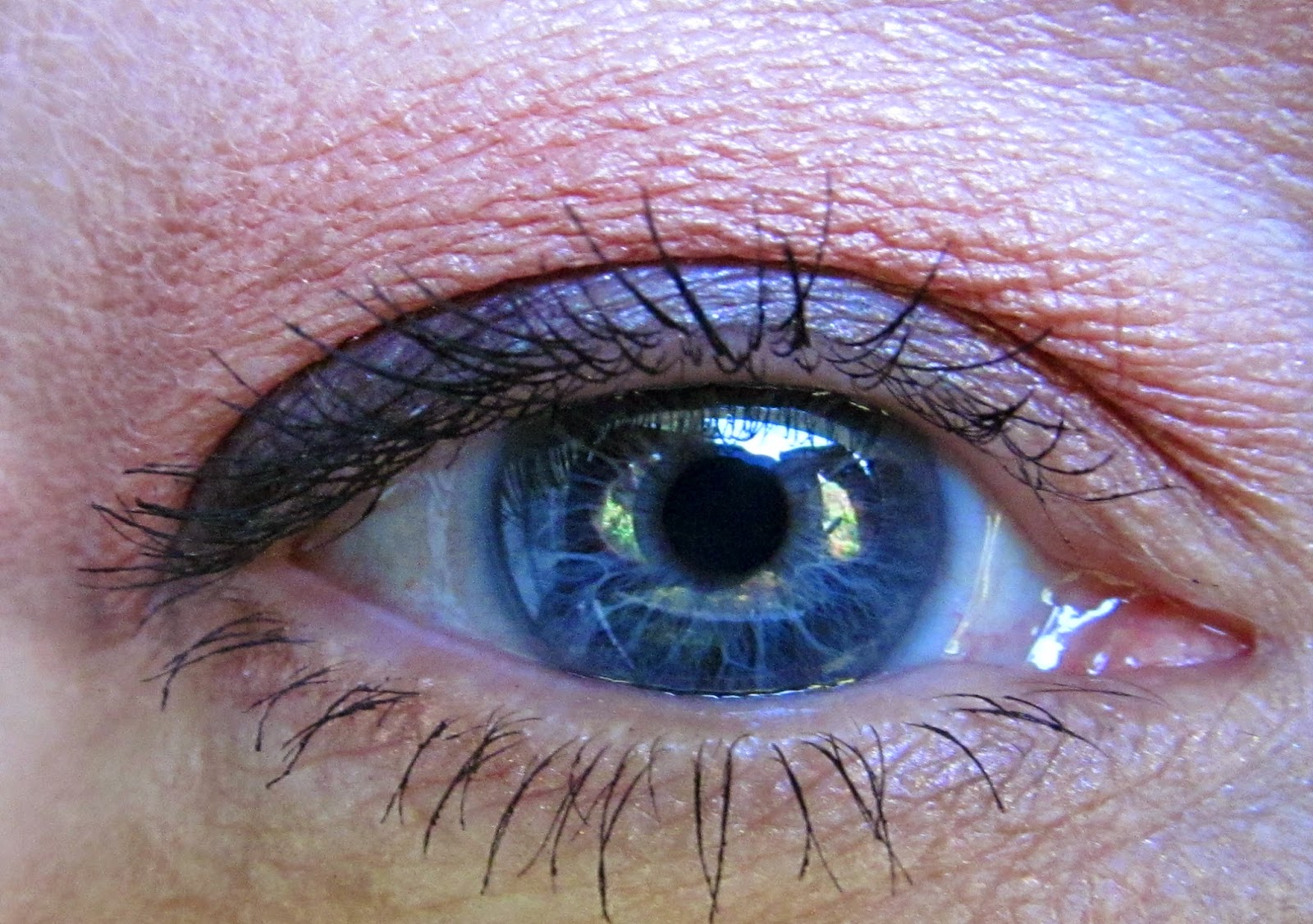 I like that it does a good job of coating my lashes without being finicky or developing clumps.  What you see above is one coat, which is all I usually apply.  I'll be honest and say that there are other mascaras from Estee Lauder and Clinique that I like better, and here's why:  Perversion mascara smudges on my lower lash line after 3-4 hours of wear. 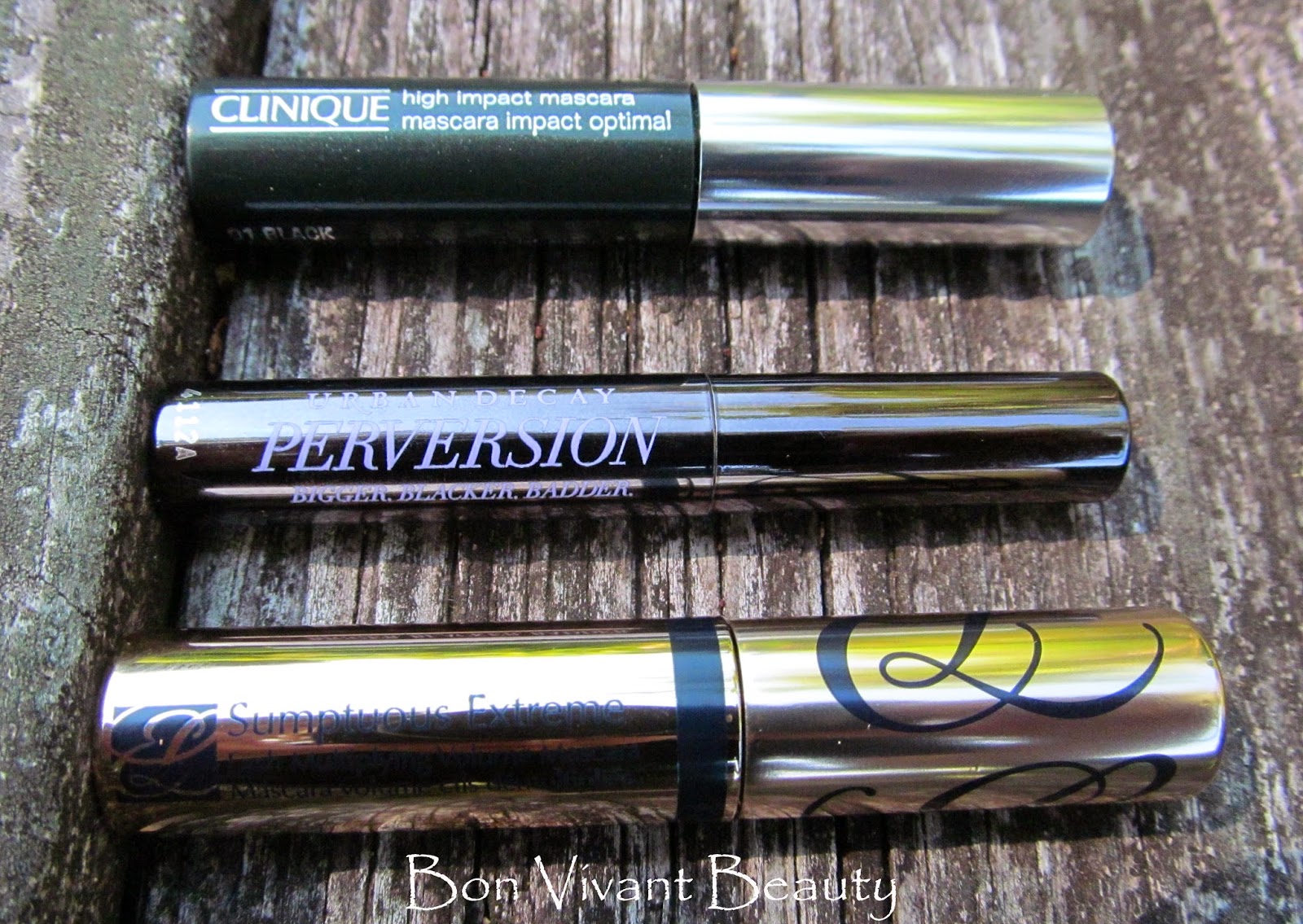 Granted, I've got oily skin, live in an uber hot and humid climate, and some smudging is inevitable.  But Perversion mascara starts migrating a bit more than I'm comfortable with, and more than the brands I mentioned above.  Perhaps it's a skin chemistry thing, and perhaps this would be a better fit for me in cooler weather.  Also, to my eye while Perversion is a deep black, it's no blacker than the other two shown here.  Estee Lauder's Sumptuous Extreme in Extreme Black looks the darkest to me. 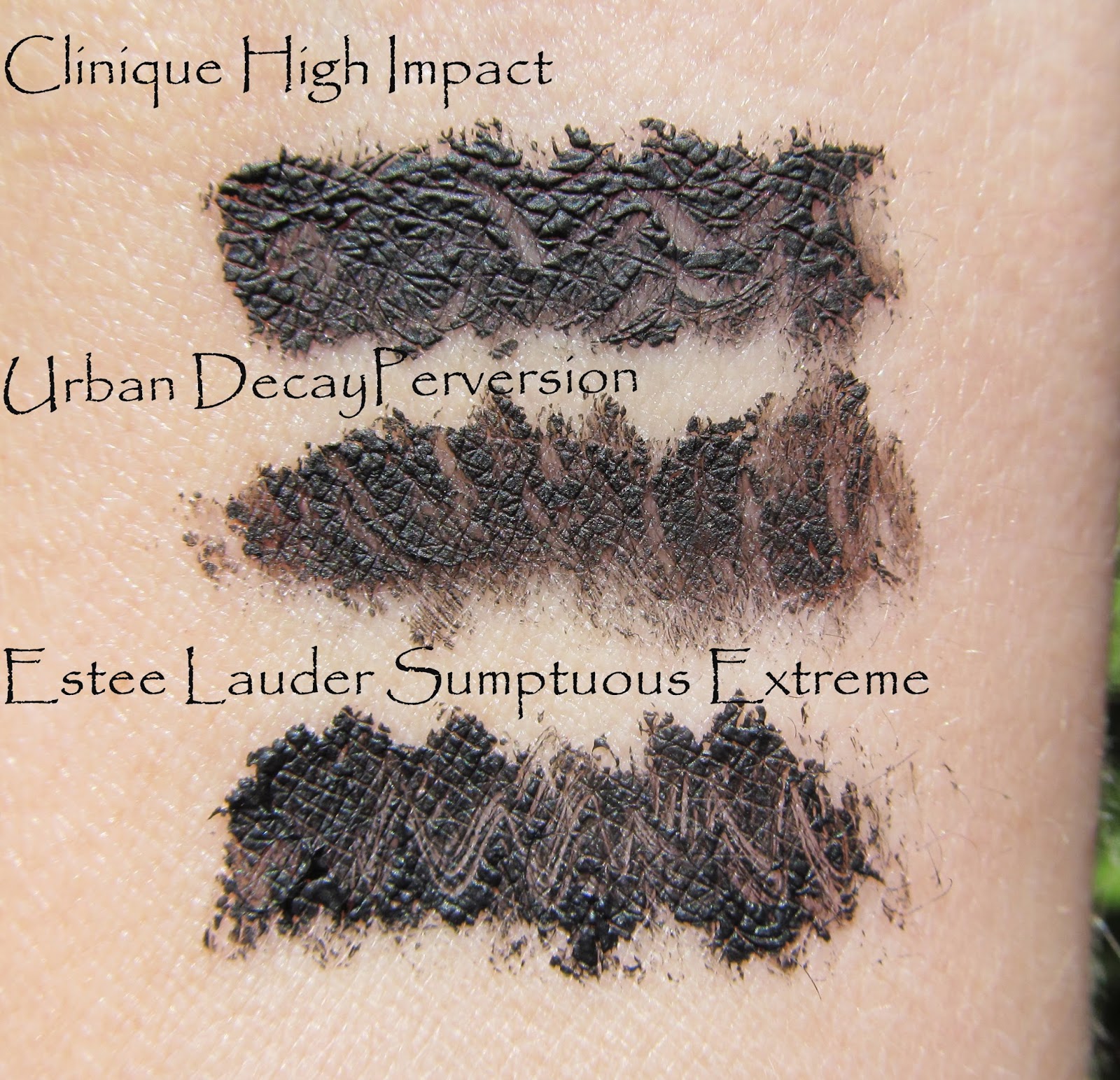 I do like how Perversion looks on and that it contains lash enhancing ingredients (proteins, amino acids, honey extract, sea idrolized elastine, and marine collagen), so I'm not giving up on it completely (unlike Cargo's Texaslash mascara, which smudged so badly I tossed it after one use).  I'll just use a different mascara for the lower lashes to circumvent the smudging issue. Have you tried Perversion mascara yet, and if so what was your experience?
Posted by Lulubelle at 6:00 AM