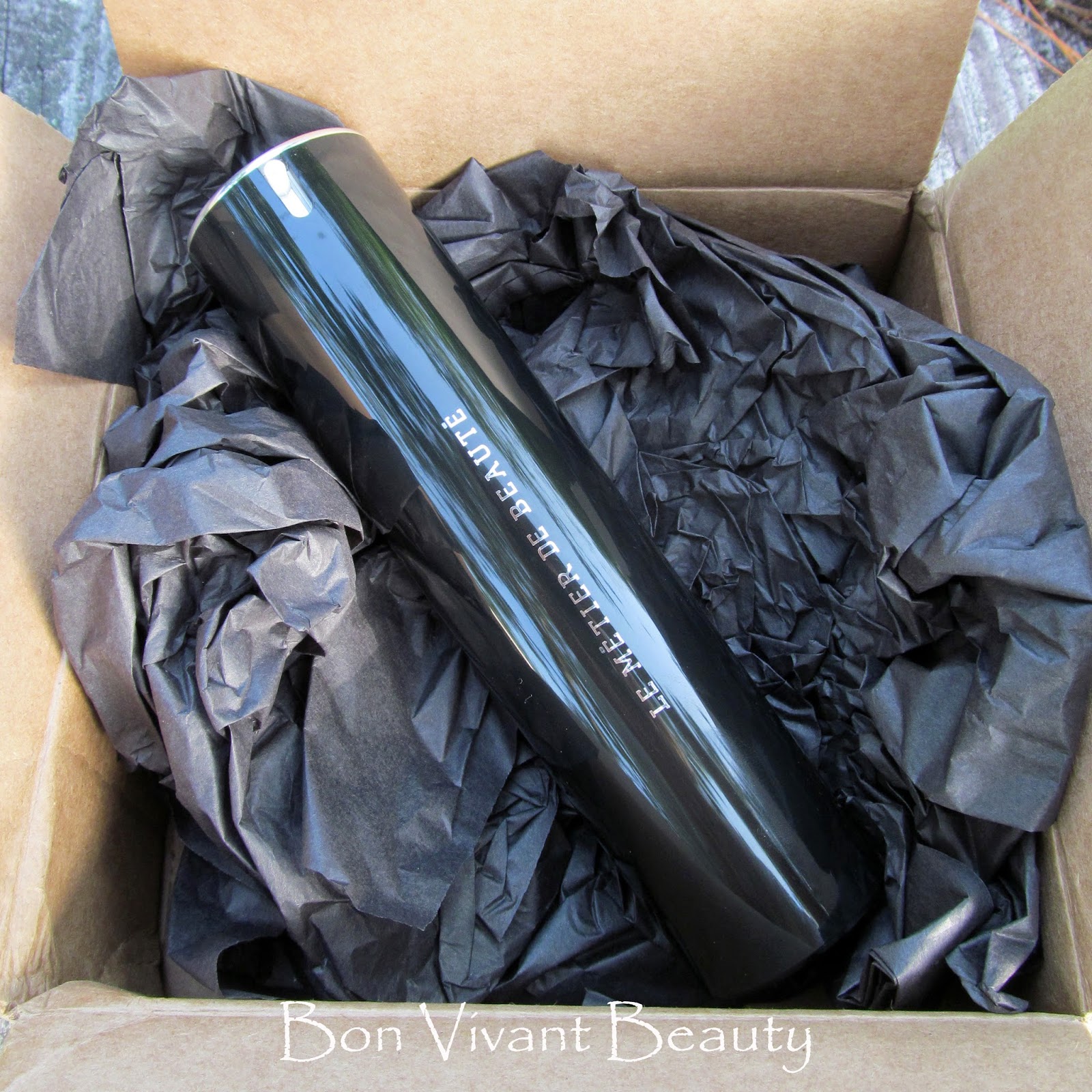 June's entry for the Le Métier de Beauté VIP program was a full sized bottle of the Daily Refresh Tonic ($50).  I enjoy using toners, especially in the hot weather months, so this was a welcome addition to my growing collection of LMdB products. 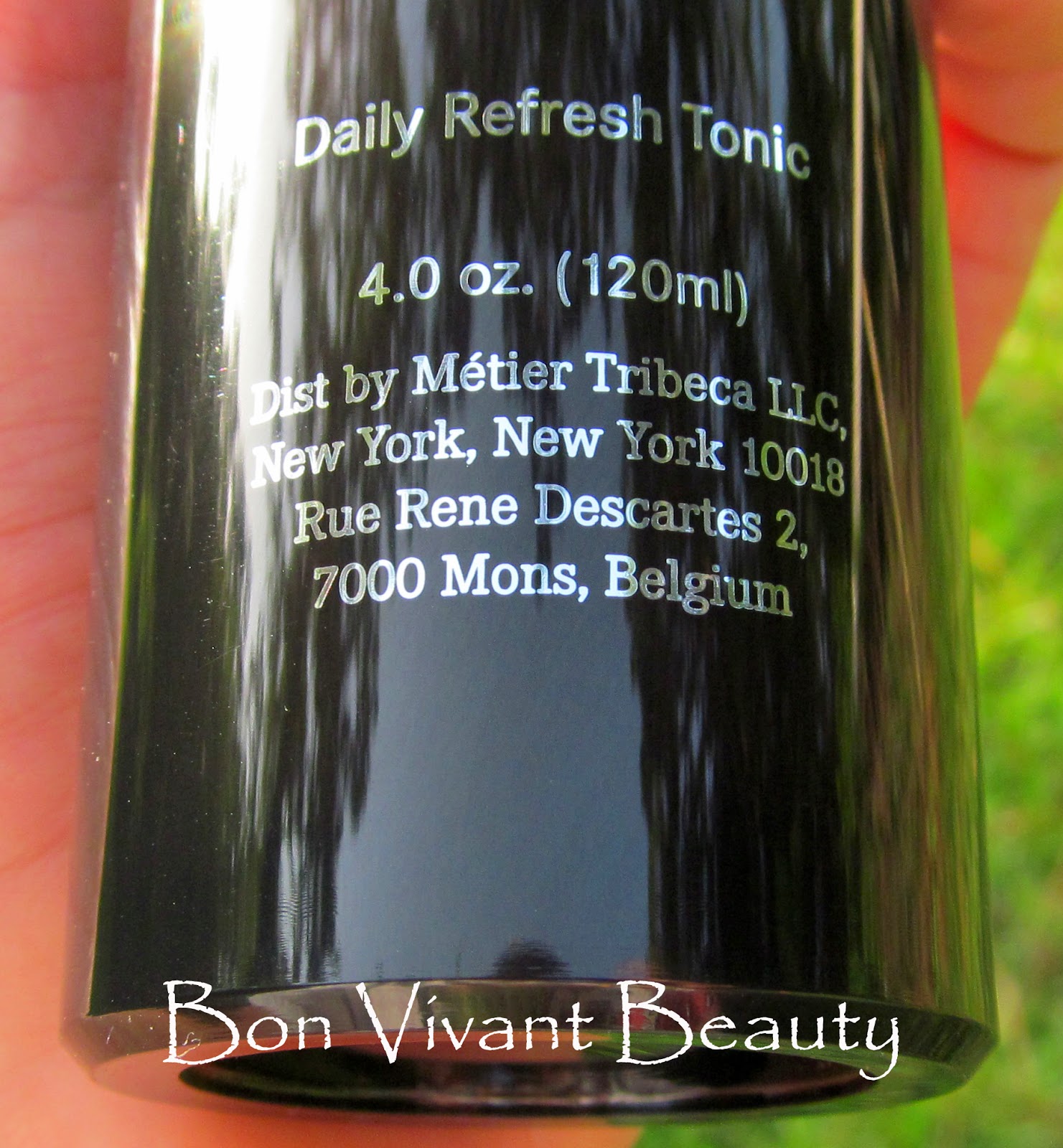 The pump top works surprisingly well, and two squirts is plenty to do the job, which according to marketing lingo


"prepares the skin to better receive topical restorative treatments by stimulating circulation, restoring balance to the complexion, as well as conditioning and hydrating. It also re-energizes the skin, creating a freshly-flushed appearance."

It doesn't make my skin feel stripped or dry, and indeed features gentle, non-drying ingredients.  It still manages to pick up traces of dirt and makeup that my regular cleansing routine missed, however, so it's not a lightweight by any means :-)  I've yet to notice any warming effect from the oils mentioned below, nor has it irritated my skin.

July marks the last box of the 2013 VIP subscription program, so I thought I'd do a look back at the products I've received and tally up the value for the year (minus July's box, yet to be received).  If you are on the fence about subscribing for the 2014 VIP program, perhaps this will be helpful. 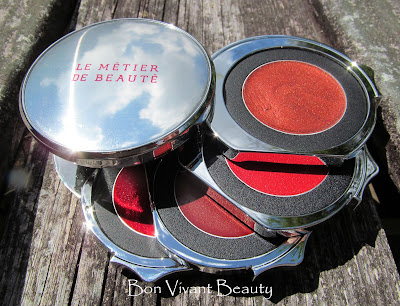 The first box was pretty spectacular and included a coveted kaleidoscope.  I received the a lip version called Red Rapture, but they varied from face/eye/lip kaleidoscopes.  There were four full sized items (lipstick, eyeliner, kabuki brush, kaleidoscope) in the first box, making for a very nice introduction to the program.  Value was $254.
Box 2 was the biggest letdown of the entire program, featuring two cream eyeshadows whose formula left a lot of people scratching their heads.  I could not get these to work for me, although some people reported success.  Box value was $56.
Box 3 contained a skincare item, the Peau Vierge Complexion Serum & Dark Spot Corrector.  I finished mine in May, which was about 3 months of usage for the half ounce bottle.  Very nice product, with a value of $125.
Box 4 contained 3 items, a lash curler, lash serum, and eye pencil in Tamarack.  I've enjoyed all 3 and use them regularly.  Box value was $149.
Box 5 featured a blush kaleidoscope called Cheeky Chic.  I've actually not used this much, and did not fall in love with it as much as I was expecting to.  I've signed up for the Summer Kaleidoscope program, which should contain another blush kaleidoscope, and I'm interested in comparing the formulas.  Value of Box 5 was $95.
Box 6 contained a dual action makeup remover, an item that springs up only periodically as a GWP in the LMdB world.  I don't typically use makeup removers like this as I do the two phase oil cleanse followed by a water based cleanser, which effectively removes my makeup.  Value of this box was $32, making it the lowest of the boxes received to date, but still over the $29/month that the subscription price breaks down to.
Box 7 brought 3 items, 2 nail polishes and a lipstick.  I'm wearing Cocoa Cabana on my toes right now, although I've yet to try Red Lodge.  Box value was $68.
Box 8 contained two impressive items, an eye mask that really worked, and a concealer that I now use every day.  The concealer caused a bit of controversy in LMdB subscription box land, as they had originally said no foundation items would be sent out as the boxes are not customizable.  Which makes sense, because people's complexion tones vary and all.  The concealer in medium worked fine for me, but not for others.  Hence, discontentment ensued.  LMdB is nothing if not customer friendly (IMO), and they've announced that the 2014 program will be customizable, which should cut down on issues like this one.  Box value was $113.75.
Box 9 saw the Peau Vierge Anti-Again Pressed Powder in shade 2, further amping up people's angst if the shade didn't match them.  Again, fortunately I lucked out and really like this powder, which receives regular rotation.  Box value was $75.
Box 10 featured 2 eyeshadows, both of which I really like.  They look lovely on their own or layered over each other in the LMdB couches de couleur tradition.  Box value was $60. 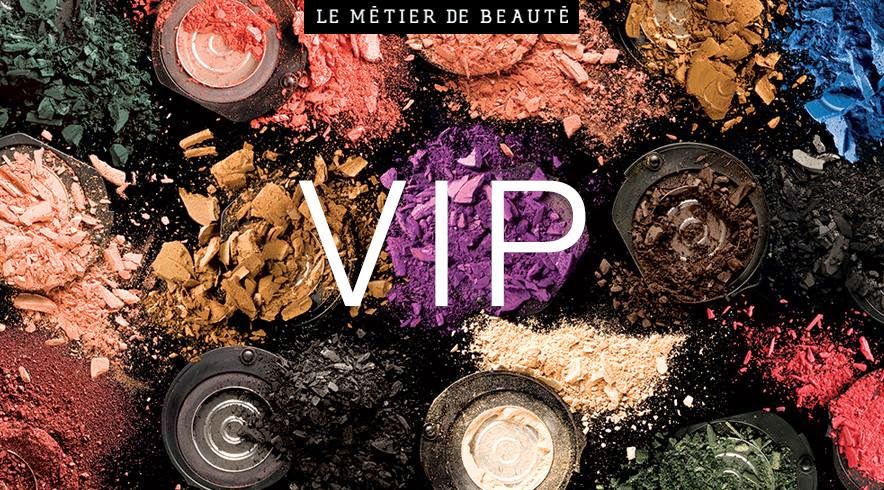 Minus the final July box, the total value of the 2013 VIP program comes to $1077.75, well over three times the value of the $348 price.  It was tough ponying up that amount upfront, but I've been quite pleased with the overall experience, and have already paid for the 2014 Beauty Vault VIP program.  LMdB has verified that 2014 will not repeat items from 2013, which helped me to make the decision to renew.  The program closes on 7/18 or when all spots are filled, and the first box ships in August.
Posted by Lulubelle at 6:00 AM