Empties! May & June Products I Used Up or Tossed

Lots of empties for May and June, including more than a few lip items that had either gone bad so got tossed, or that I didn't care for and got tossed. So, let's get started with May, and description will be brief due to the number of items.  Links to full reviews are hyperlinked.

The UV+ was an item I received from Birchbox.  I like the idea of UV protection for my hair, especially since I color it.

Another Birchbox item was the Coola Mineral Sunscreen, which is billed as a natural BB cream.  I liked it, especially for weekend wear when I don't typically wear foundation.

My go to natural deodorant is now the Crystal Rock body spray, and Cobalt Sky is my preferred fragrance of the two I've tried.  I like the convenience of a spray and it works pretty well, given the hot and humid climate I live in (hello, the hot sauna that is Mobile, AL). 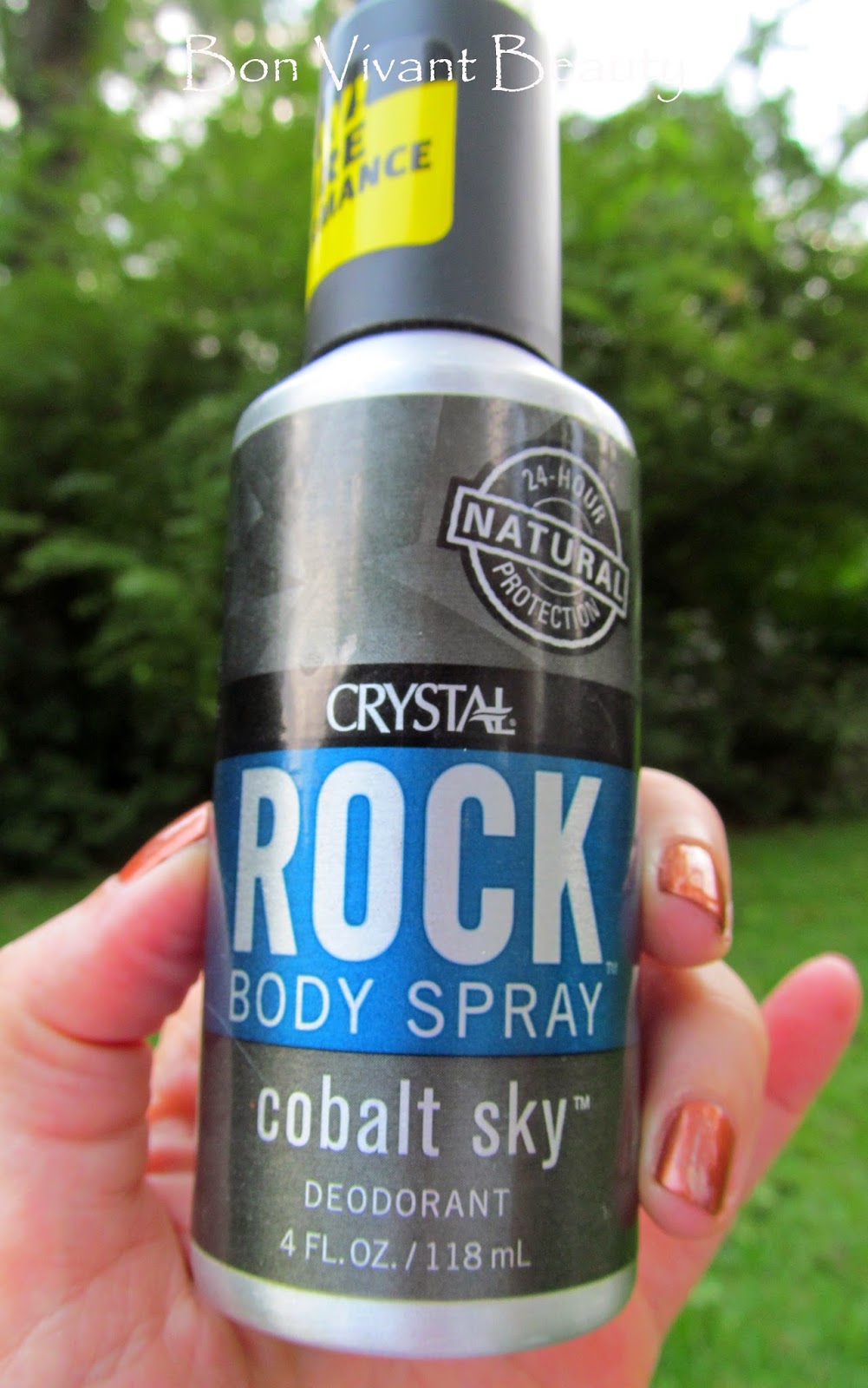 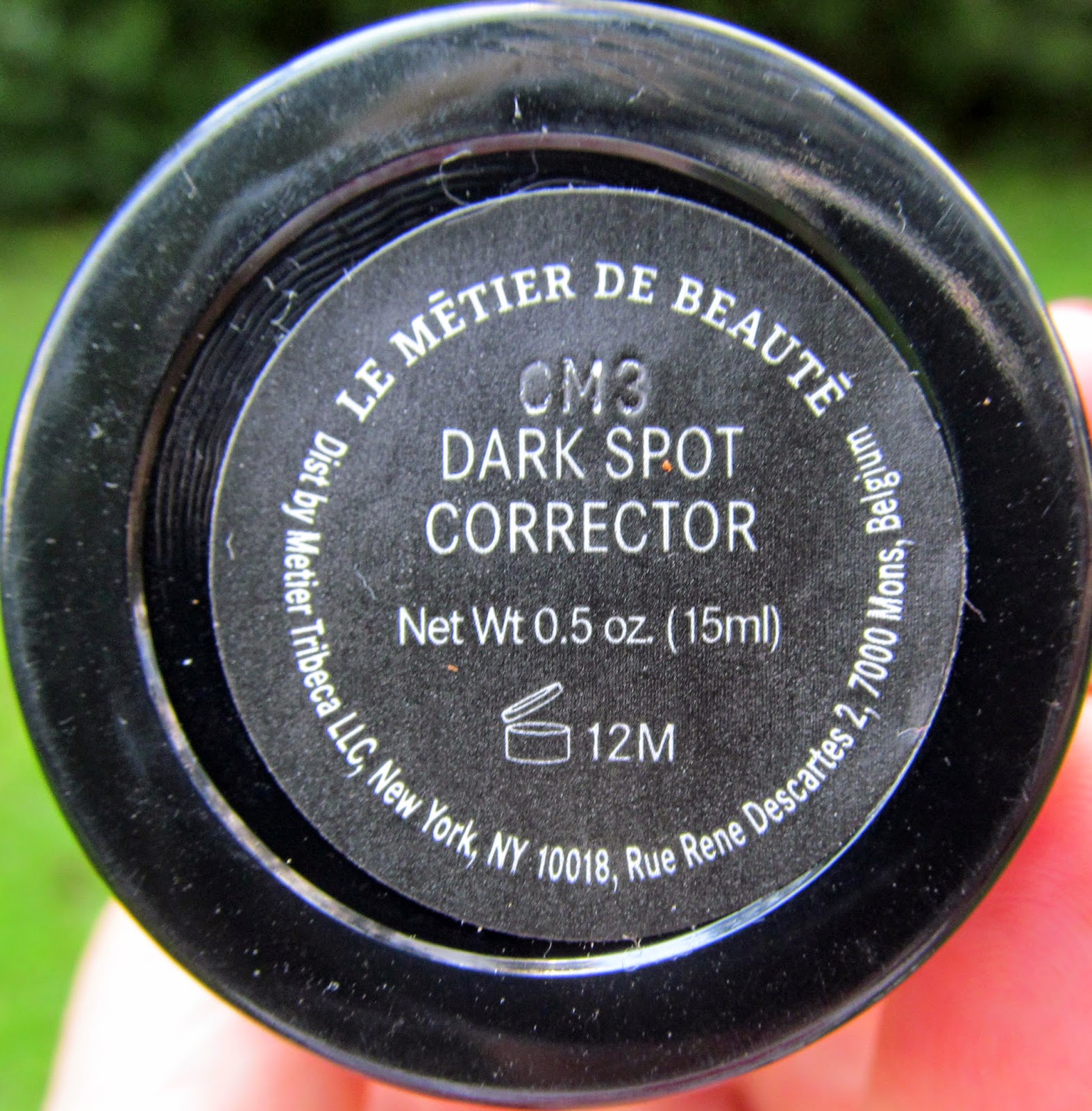 Murad's Clarifying Cleanser is a favorite of mine, and this is probably the third sample I've gone through.  Great for oily, blemish prone skin.

The Super "h" Serum by 3 Lab was new to me, and I liked it.  I had no idea it was as expensive as it is ($330 for 1.17 oz), or I would have performed some small act of worship before applying each morning.  Too bad it's cost prohibitive for me.

The bareMinerals Prime Time primer shadows are nice, and I was sad to find I could not squeeze any more out of Sundance.  It may have dried up, although there was not much it it to begin with. 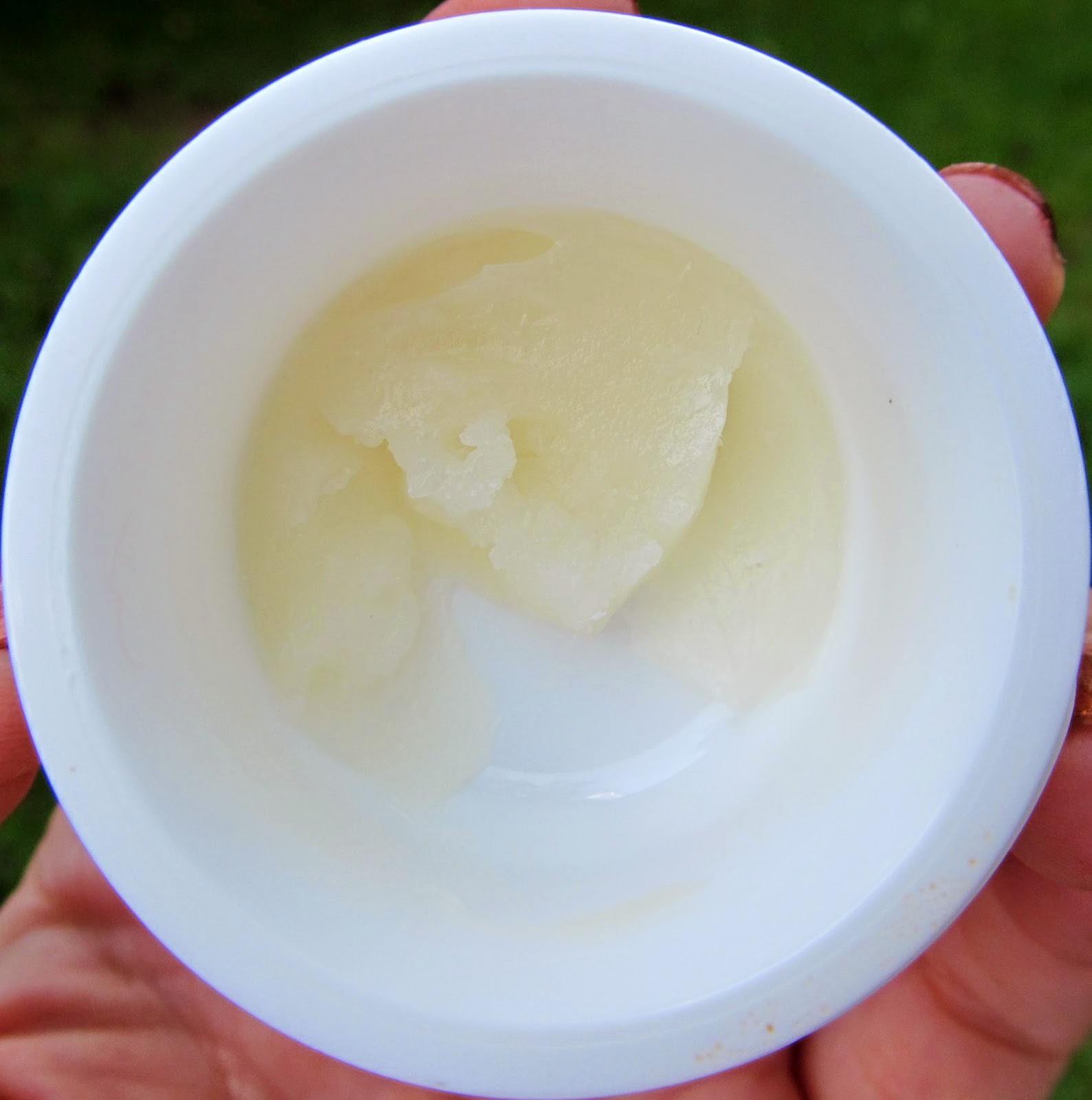 Reviva Labs Eye Firming Complex Cream dried up on me, or rather it looks like it dehydrated down to some of the core ingredients.  I neglected it, which must mean it didn't perform well enough to keep my attention.

Of the foil samples I used up in May, the Guerlain Lingerie de Peau Invisible Skin Fusion foundation made a favorable impression.  I'd like to try another sample and take pictures, as that often tells me how well a foundation really looks on me.

Whew!  Okay, onto June's empties and more than a few items that I tossed.  I'll be highlighting the items I really liked.

I'm sad to see my Suki exfoliating cleanser gone, as I especially like using this during warm weather.  I like the lemony scent, and it does a good job of cleansing and exfoliating my skin.  There is some lingering residue that I can't scrap out, but it's gone :-( 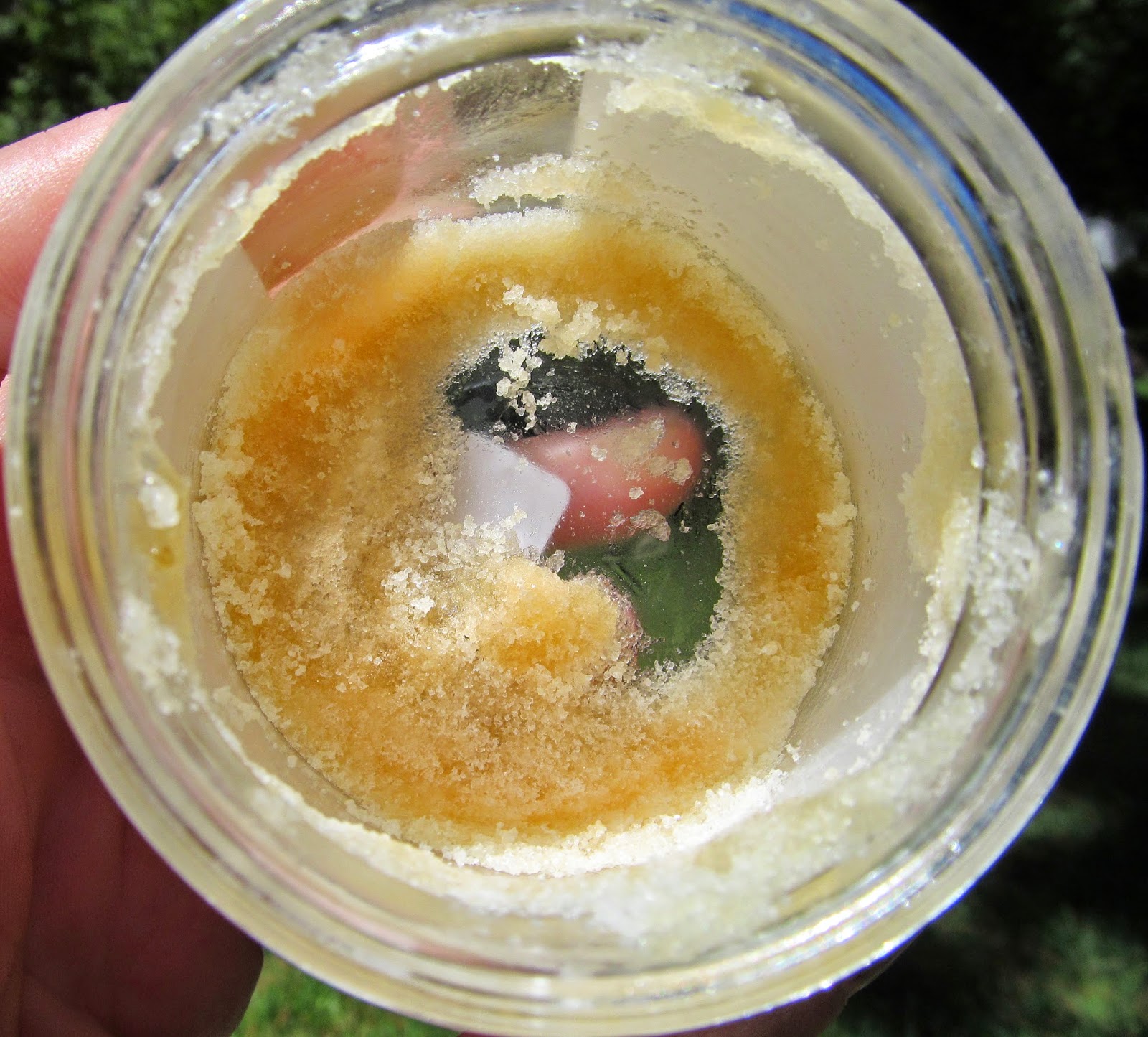 Gena Callus Off is a favorite and the best performing of it's kind I've tried.  I need to get a new bottle soon, especially now that my feet are on full display. 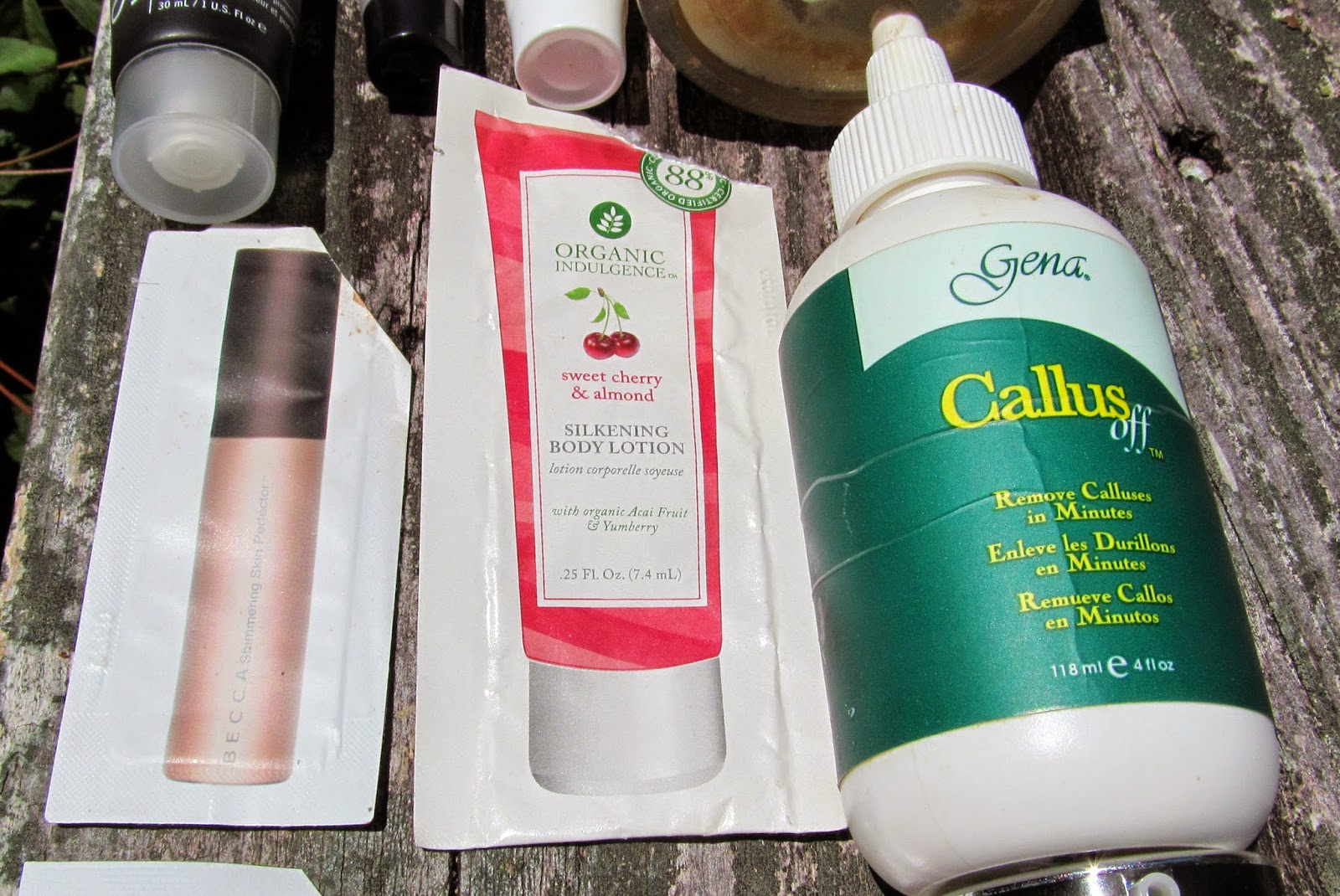 Becca's Opal Shimmering Skin Perfector is another nice item, which I recently compared to the powder version.  I doubt I'll get a full sized version as I have plenty of luminizers on hand at the moment, but I did like it. 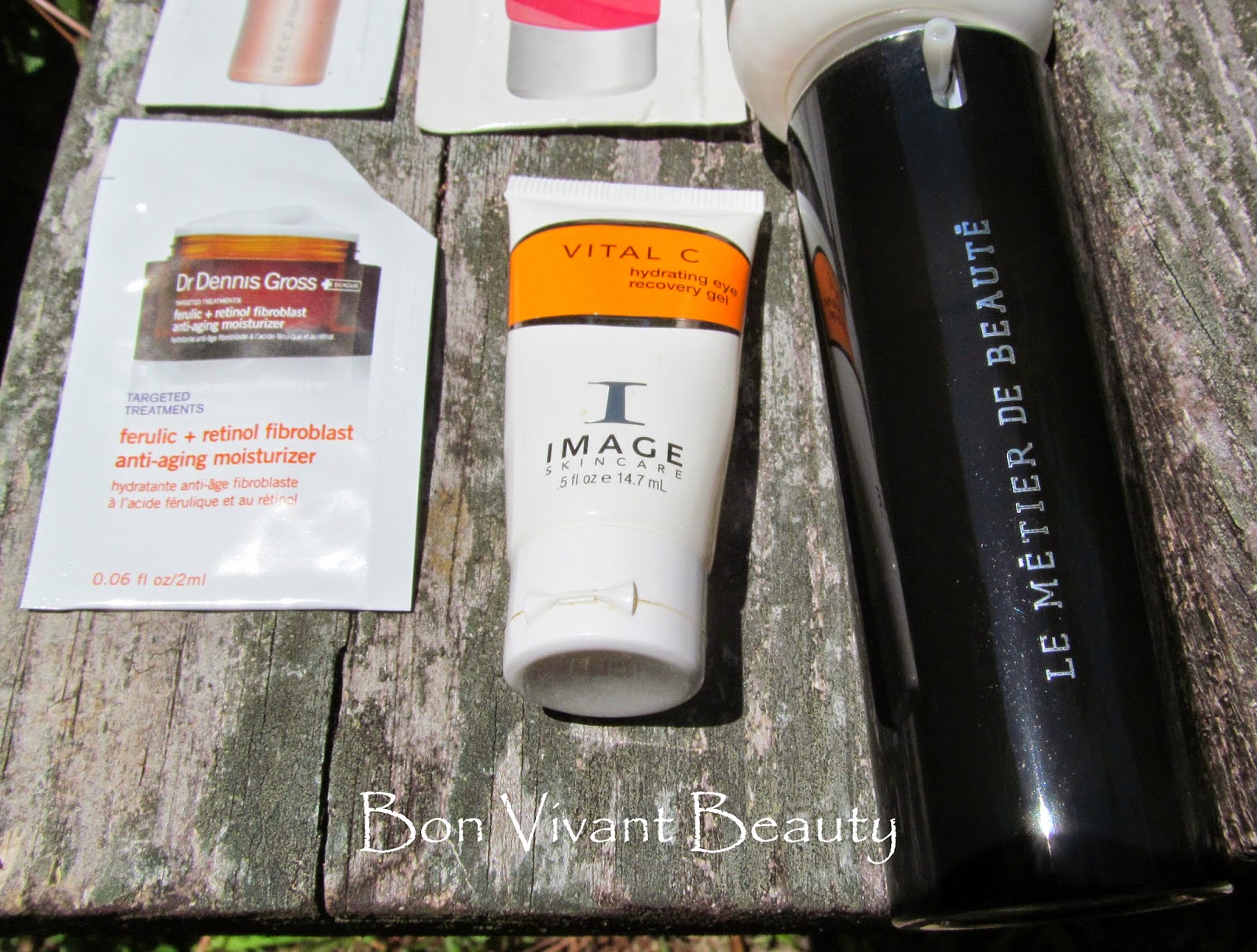 I finished two of my favorite eye creams in June, Vital C Hydrating Eye Recovery Gel by Image Skincare, and Le Metier de Beaute's Revive Eye Concentrate.  I like gel eye creams for daytime usage, as they are lighter in texture and don't seem to detrimentally effect my makeup wear.  At night, the LMdB Eye Concentrate made for a great moisturizer with added skin treatment benefits.  It's pricey at $175, however, so I'm fortunate to have gotten it as a GWP from LMdB's Beauty Vault. 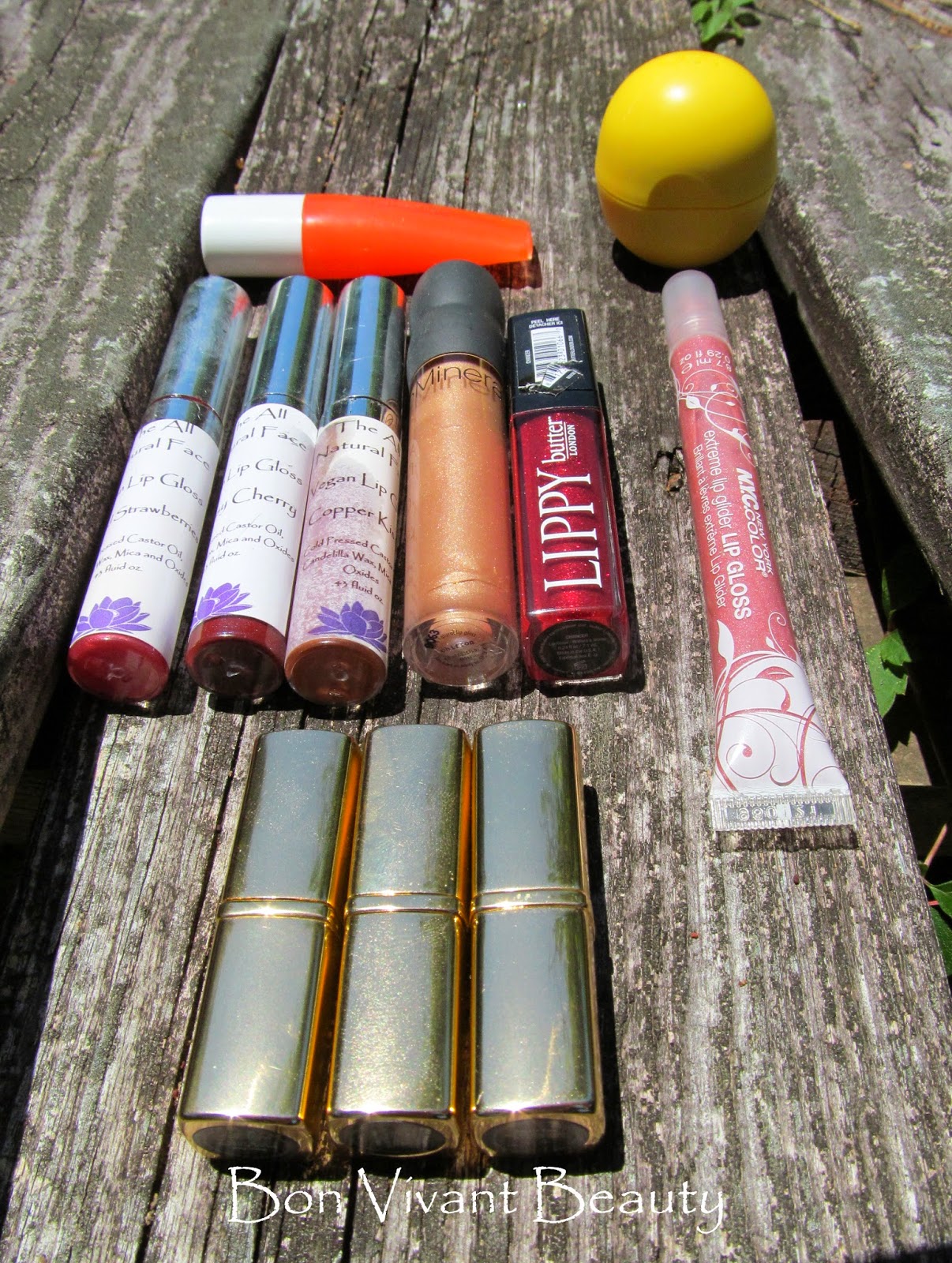 I went through all of my lip glosses and lipsticks recently, and threw out those that had gone bad or that I never wore.  I recently found my EOS lip balm under some furniture, but the formula doesn't agree with my lips and makes them feel dry and irritated.  The All Natural Face glosses are too thin for my liking, which means you need to constantly reapply.  The bareEscentuals older gloss formula was uncomfortably sticky/goopy, and I never really wore it.  The butterLondon red glitter gloss was a "what the hell was I thinking" kind of purchase.  The NYC gloss smells off, and the one Julep lipstick tsat had great pigment, Lady in Red, is growing some kind of mold.  Yep.  Too bad, it was a great red. 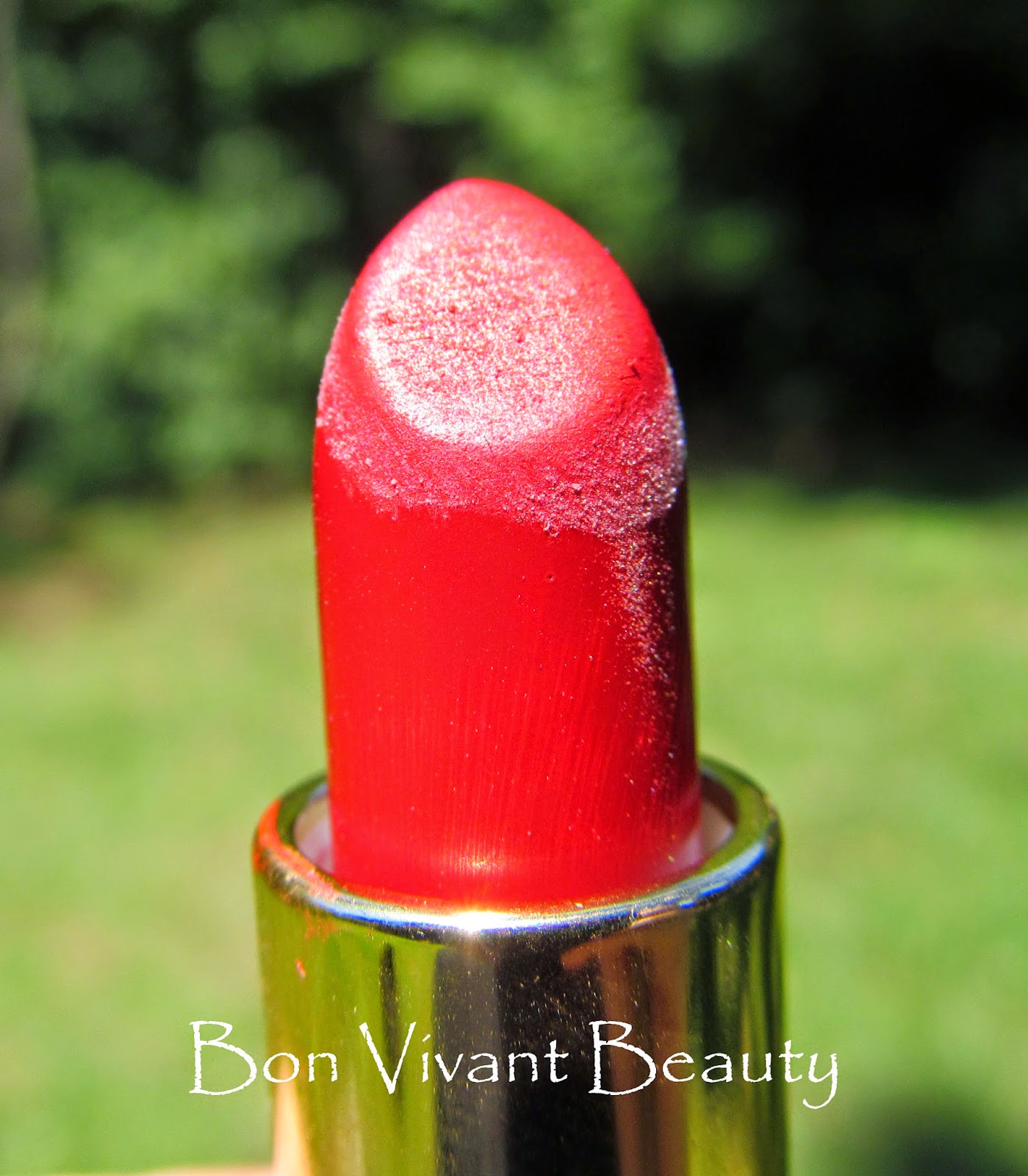 More items that went bad, based on how they smell.  The Korres glosses have really nice pigment, and given that they more of a natural ingredient based product and at least 2 years old, it didn't surprise me they had turned.  I've got several stila glosses and Buxom lipsticks, but these were the only ones that have gone bad.  Could be bacterial contamination, I guess. 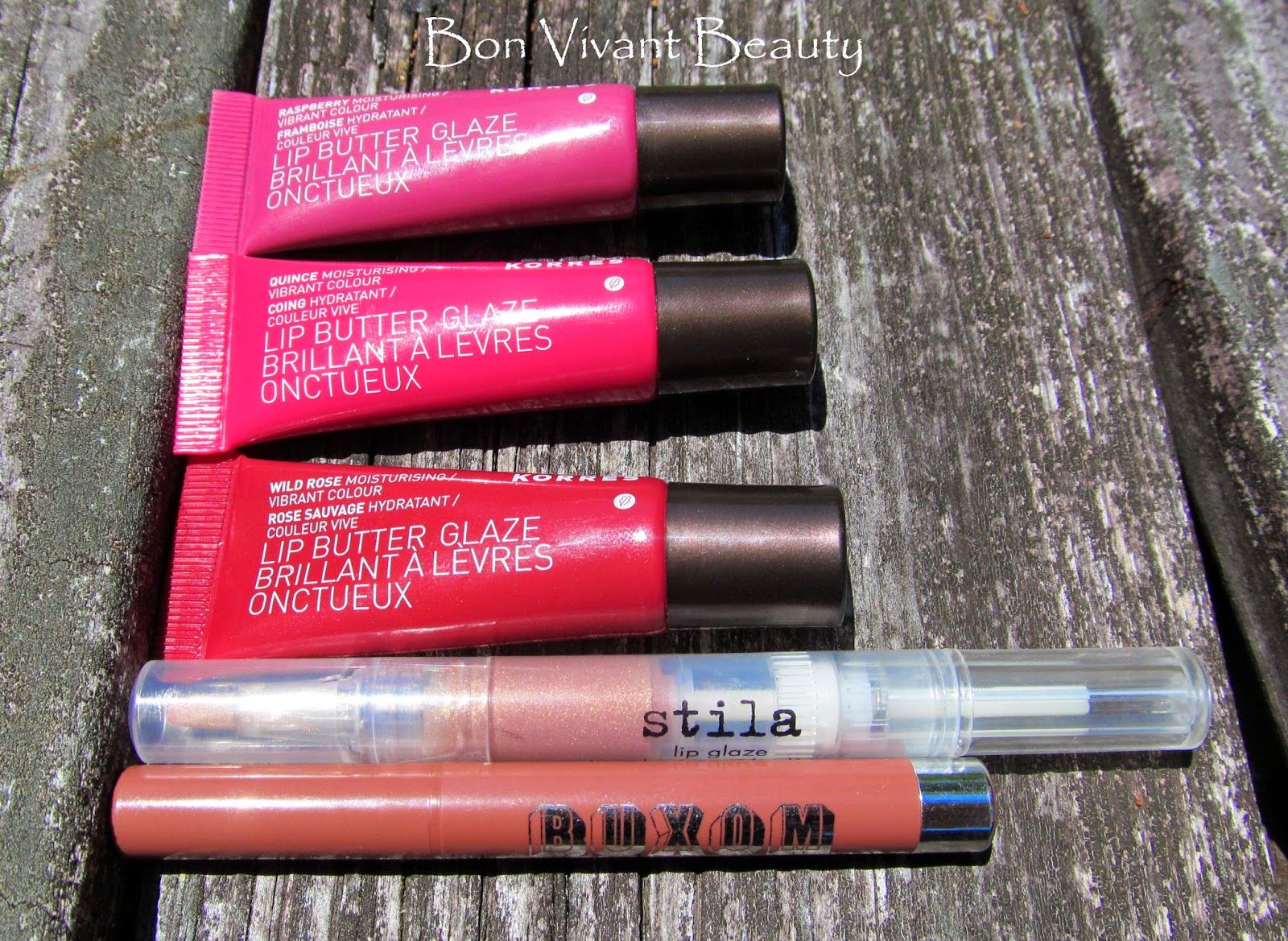 Another item that got tossed after only one use was Cargo's Texaxlash mascara.  It gave me raccoon eyes, which is unacceptable.

Now, onto using up more of my collection before they go bad!  /Rampant consumerism.
Posted by Lulubelle at 6:00 AM

Email ThisBlogThis!Share to TwitterShare to FacebookShare to Pinterest
Labels: empties