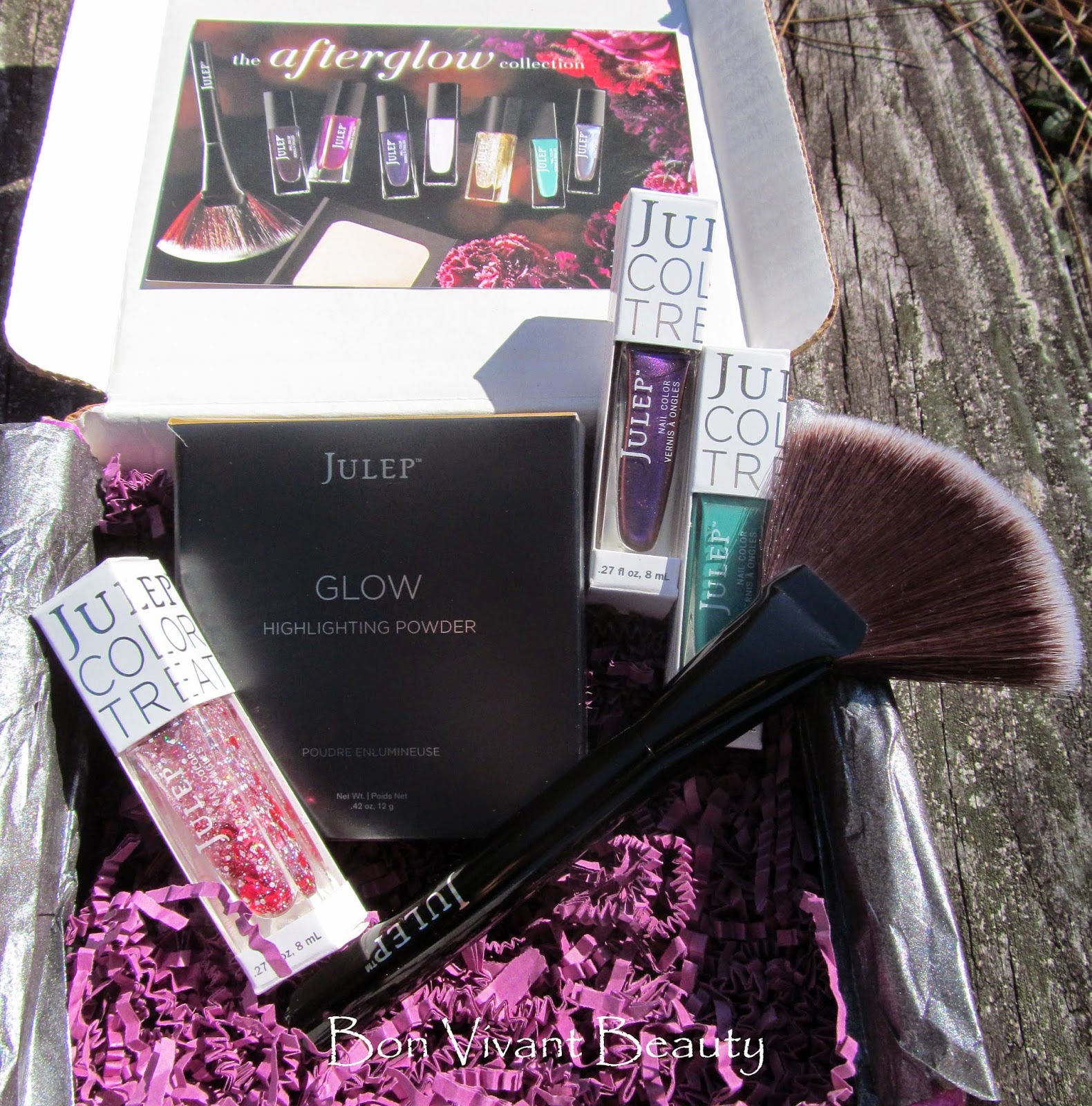 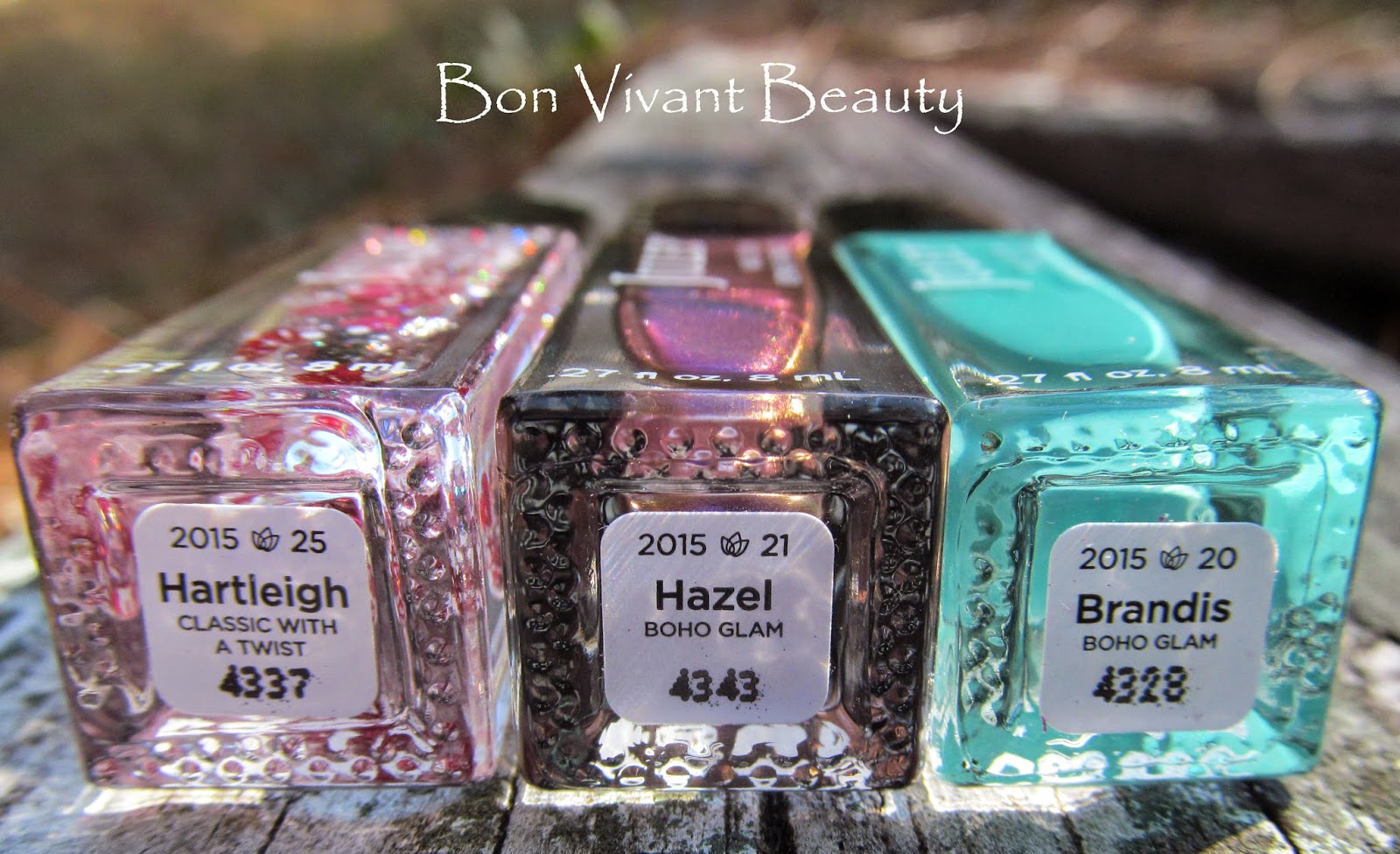 The Boho Glam polish colors were the purple/bronze duochrome Hazel and the Taos turquoise cream Brandis.  Everyone who took a box in February also got the Valentine's themed heart polish Hartleigh.  Some Maven's randomly received 5 more Hartleigh's to give to their girlfriends, and I was one of the lucky ones! 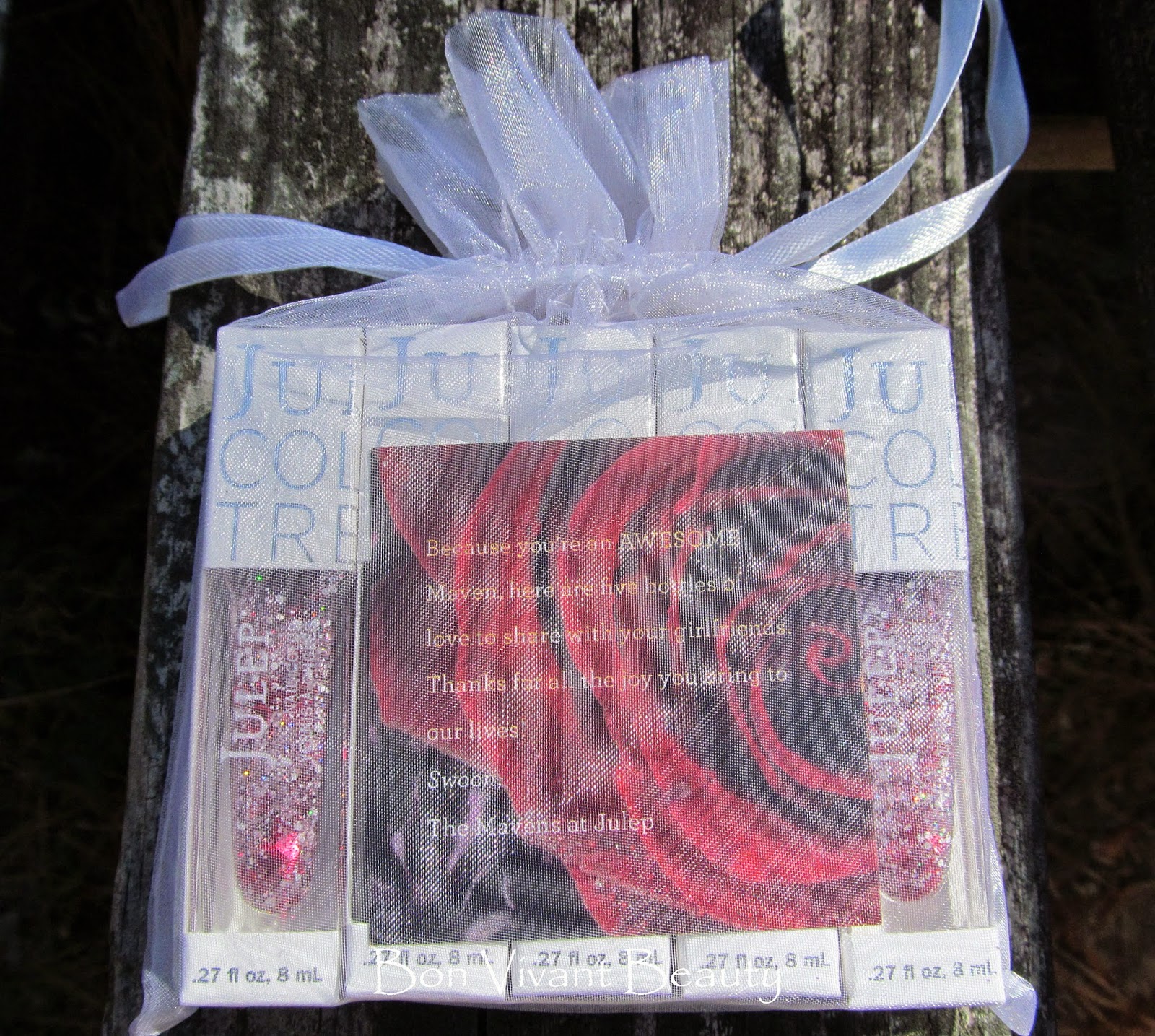 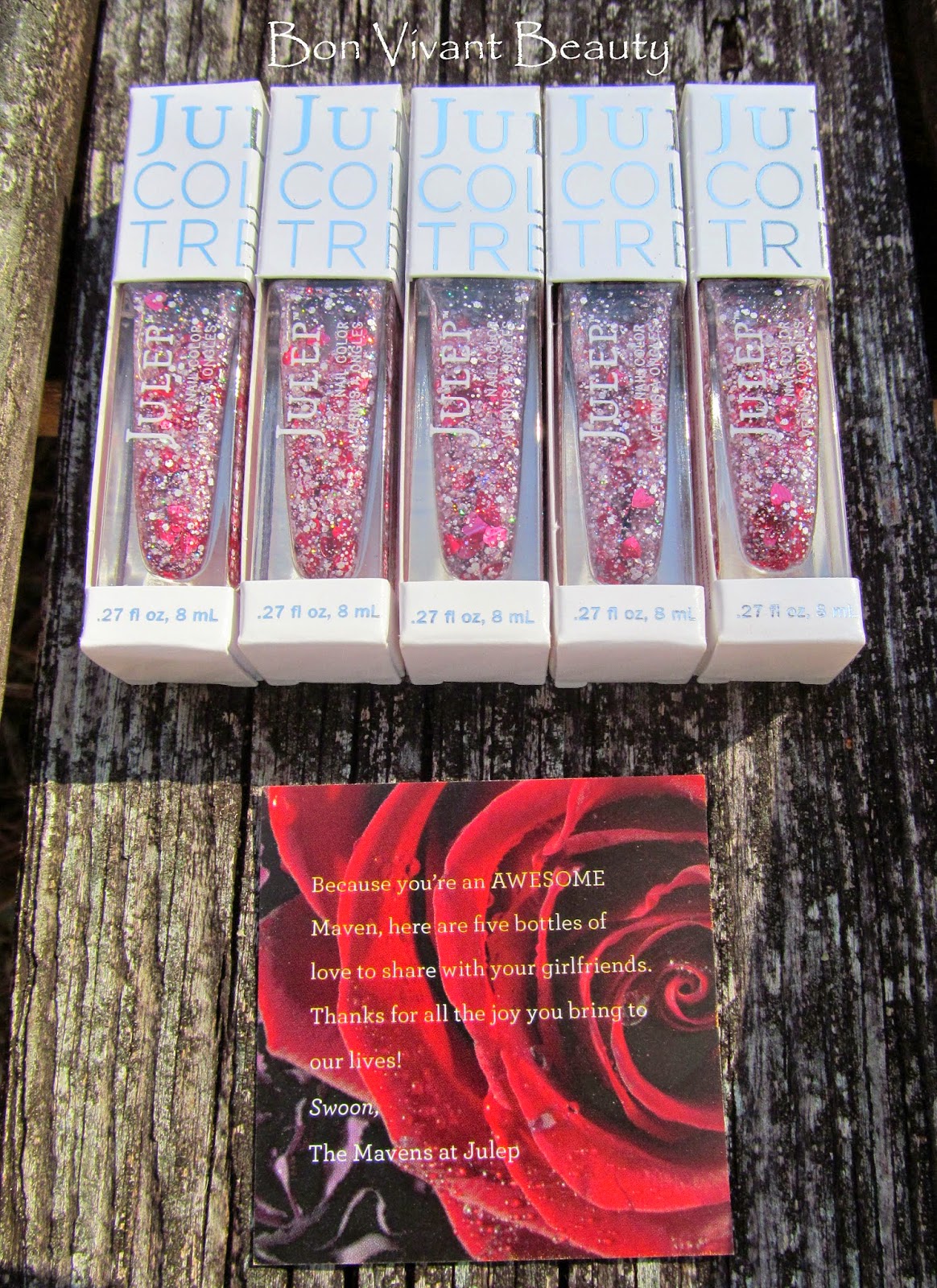 The Glow Highlighter in Champagne is a soft vanilla cream that, at least based on some initial swatches, provides a subtle shimmer.  I'll post a review after I get a better feel for it.  I added on Julep's new fan brush as well. 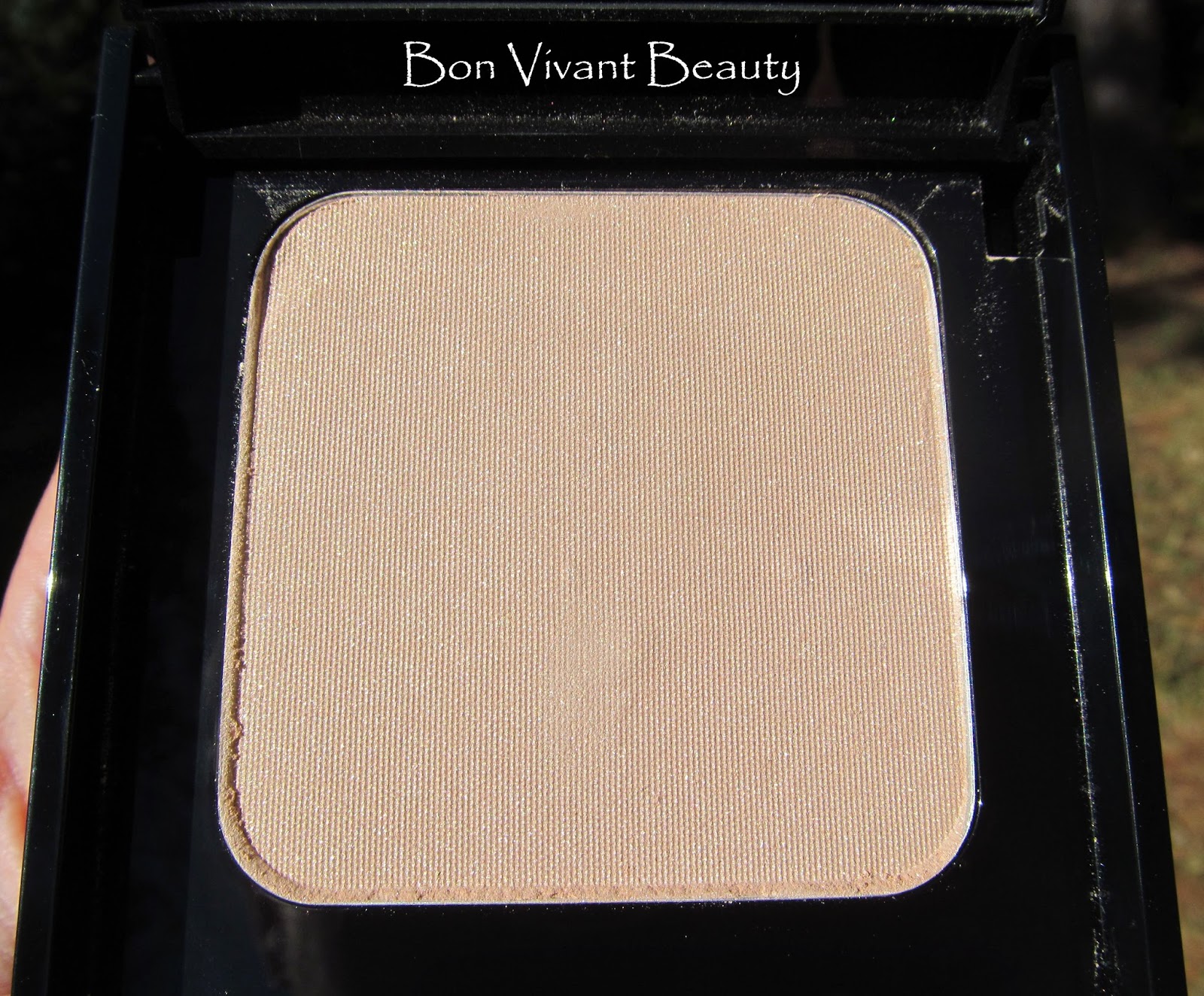 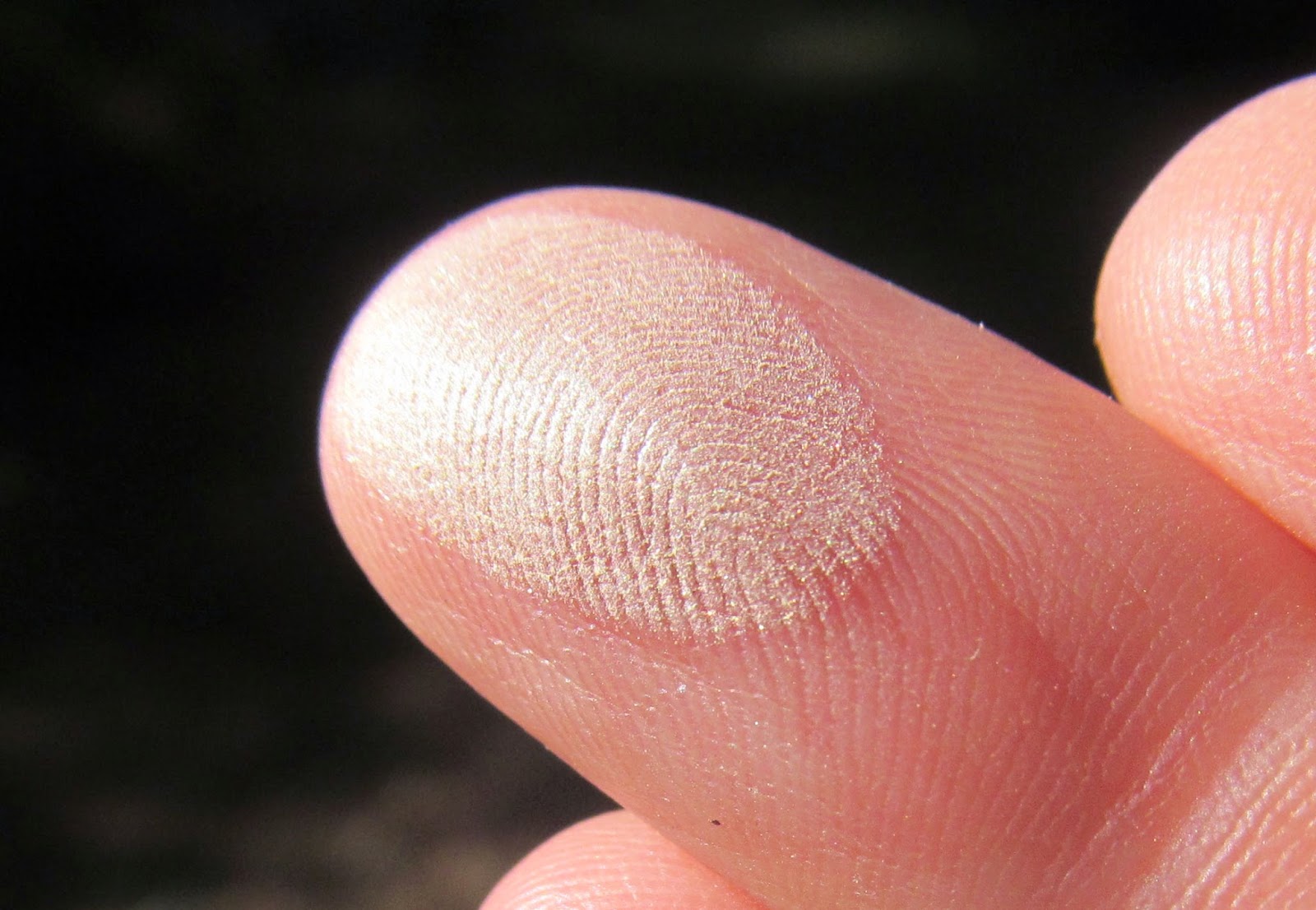 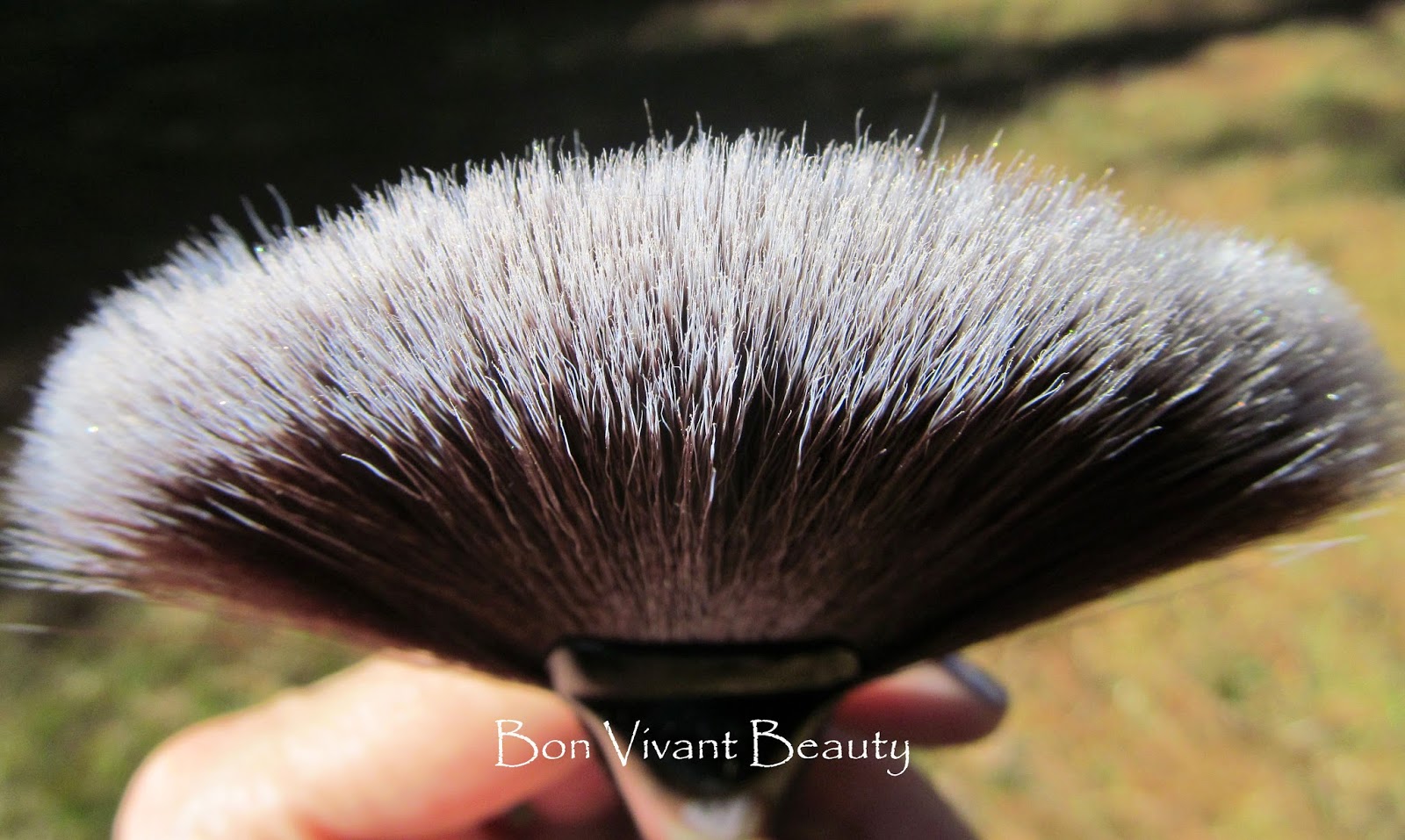 I'm still on the old Maven subscription plan that costs $19.99 a box, and the full retail value of my February box was $94.  Looking forward to playing with everything!
Posted by Lulubelle at 6:00 AM