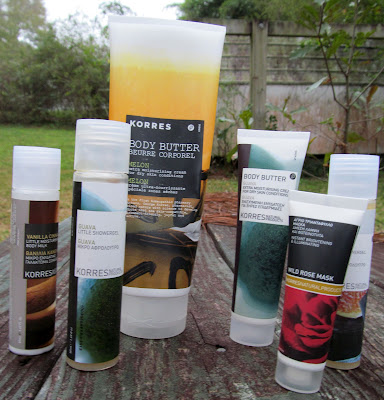 I started using Korres products in 2008 after reading about them on beauty blogs.  Korres was founded by a Greek pharmacist with homeopathic experience in 1996.  Consequently, products were developed from homeopathic recipes coupled with natural ingredients and backed by scientific research to demonstrate efficacy and safety.  Product packaging really emphasized the company's background and philosophy and was both striking and unique. 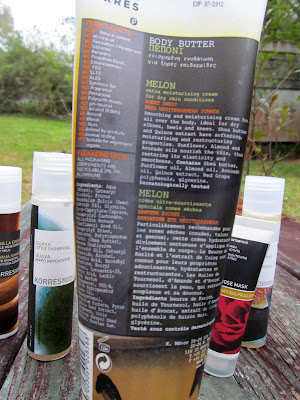 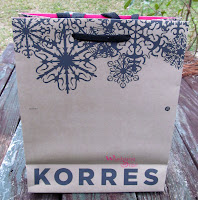 One year, they offered this insane mother lode of a free gift with a $40 dollar purchase that included so many different products that I still have remnants of a few to this day.  Also included with the free gift purchase was this really cool bag in case you wanted to part with anything as a Christmas gift to someone.  Obviously I kept everything, including the bag.

With that as my introduction to Korres, I signed up for their emails and would take advantage of various offers over the years.  Favorites ended up being the body butters and eyeshadows.  Each year around Christmas they would offer a sampler gift set of their body butters and shower gels, perfect sizes for carrying in your purse. 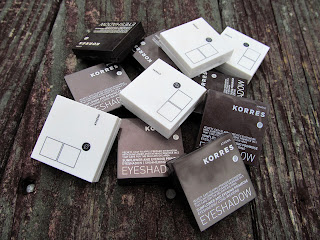 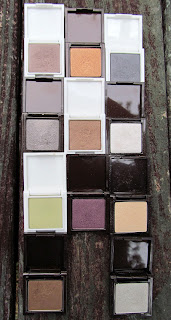 Then I started noticing a few disturbing things.  First, a big sale that was a harbinger of change.  Some of my favorite body butter scents were being discontinued.  So were the eyeshadows, although I didn't realize it at the time.  Makeup collections, which I had bought because they were such a great value and included the coveted eyeshadows at a fraction of their original price, were no longer in existence  This year, there was no body butter/shower gel gift sampler, or at least I never saw one.  Why, Korres, why?

Apparently, this was why (https://www.korresusa.com/news):

Starting in June, we will be refreshing the KORRES line with updated packaging, more descriptive names, and a renewed focus on the most popular products, all while working closely with the Research & Development team in Greece, led by George and Lena Korres, to continue to bring exciting new products to the U.S. In addition, you will start to see valuable new features on KorresUSA.com.

Why are you discontinuing certain products? Are they being discontinued globally?
In the U.S., we are creating a more focused portfolio, basing our business on proven best-sellers and on what consumers want. We will have a robust portfolio of more than 100 products and will continue to add new innovations as well as the best available from Greece, which includes more than 400 products.

So, I guess in the name of expansion and appealing to the masses, Korres simplified both its product lines and packaging.  I get it, sales numbers rule.  I'm not going to even speculate on how the 2009 deal with Johnson & Johnson factors into this, but considering they now have complete licensing and distribution rights for Korres in the US, well....  However, I can't help but feel that they have lost a bit of their appeal to me.  Hopefully they can win back my original enthusiasm.  Korres had a nice gift with purchase last week (everything between the two larger boxes was gratis) so expect reviews on the following soon: 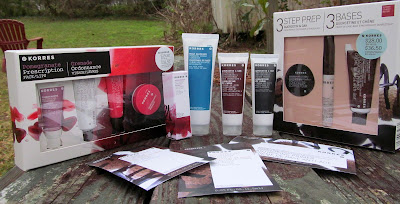