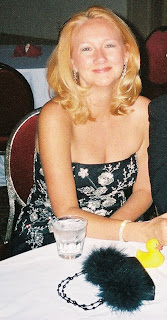 Mobile has the distinction of having America's oldest Mardi Gras.  The tradition was resurrected by Joe Cain after the Civil War when he and six other Confederate veterans paraded down the streets of Mobile in a decorated coal wagon, playing horns and drums.  Joe, dressed as a Chickasaw Indian chief, was giving the proverbial finger to the occupying Union forces, as the Chickasaw tribe had never been defeated in war.  Fast forward 145 years, and Mardi Gras with it's parades, balls, and general festivities is alive and well.  Downtown is decorated, parades have been rolling through since January 21st, and Fat Tuesday is February 21st.  Fat Tuesday a holiday here for most people, so laissez les bons temps rouler! 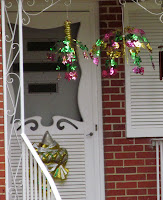 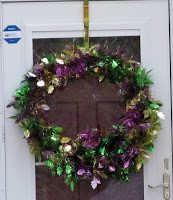 Here are just a few of the house and yard decorations I saw while walking my dogs this week in my neighborhood.  Purple, green and gold are the colors of Mardi Gras, and beads and Moonpies are its currency. 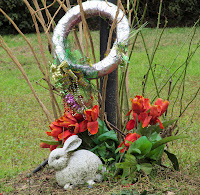 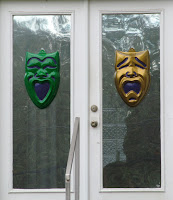