NOTD: Molly by Julep and Be-Claus I Said So from Sephora by OPI

Yes, I broke out the Christmas glitter.  I don't know if that's because I've been jonesing for cooler weather or because it was a good complement to the deep red cream Molly.  Perhaps a bit of both. 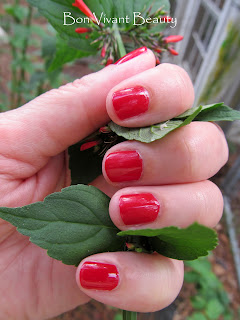 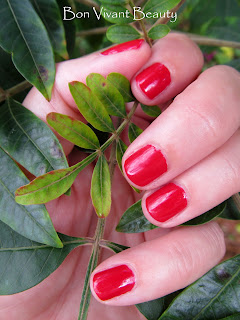 Molly is not a color I would have sought out on my own, but I got her in a Julep mystery box last month.  Something about the color was saying "fall" to me, so I used it for both my pedicure and manicure.  Two coats were plenty and the formula was problem free.  The biggest problem I have with Julep polishes has to do with polish pooling on the wand, which is longer than your normal polish wand due to the bottle design.  I used Seche Vite base and top coats, and wear time on the Juleps has been good - 5-6 days with some tip wear but no chipping. 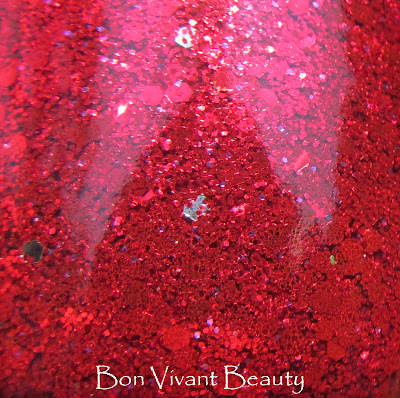 Be-Claus I Said So was part of last year's holiday Glitter and Sparkle 4 color glitter set from Sephora by OPI.  It's a red glitter with micro and medium hex sizes in a clear base.  You've also got a few (and I really mean a few) silver hex glitters in the mix.  They are really pointless, as I got one silver glitter amongst all ten nails, and every time I see it I think it's lint or something.  Unbeknownst to me until I took this photo, there is also some purple micro glitter peeking out in there. 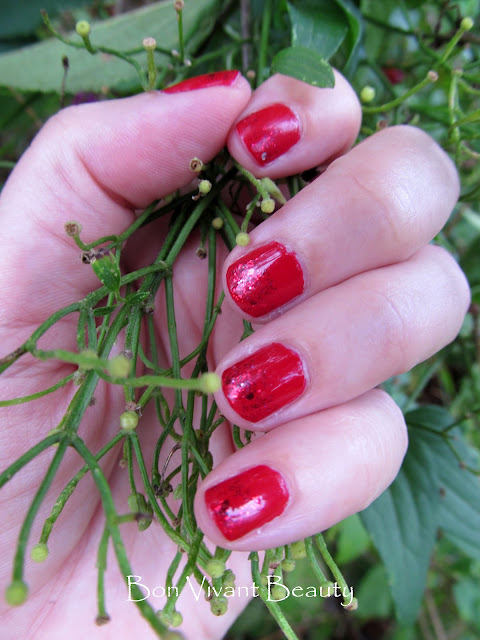 I dabbed Be-Claus I Said So on the tips, which I think gave a nice glow from within effect without screaming "glitter" on an already bold look.  Oh, and I chopped my nails off, which I do periodically.

Disclosure:  I bought these.