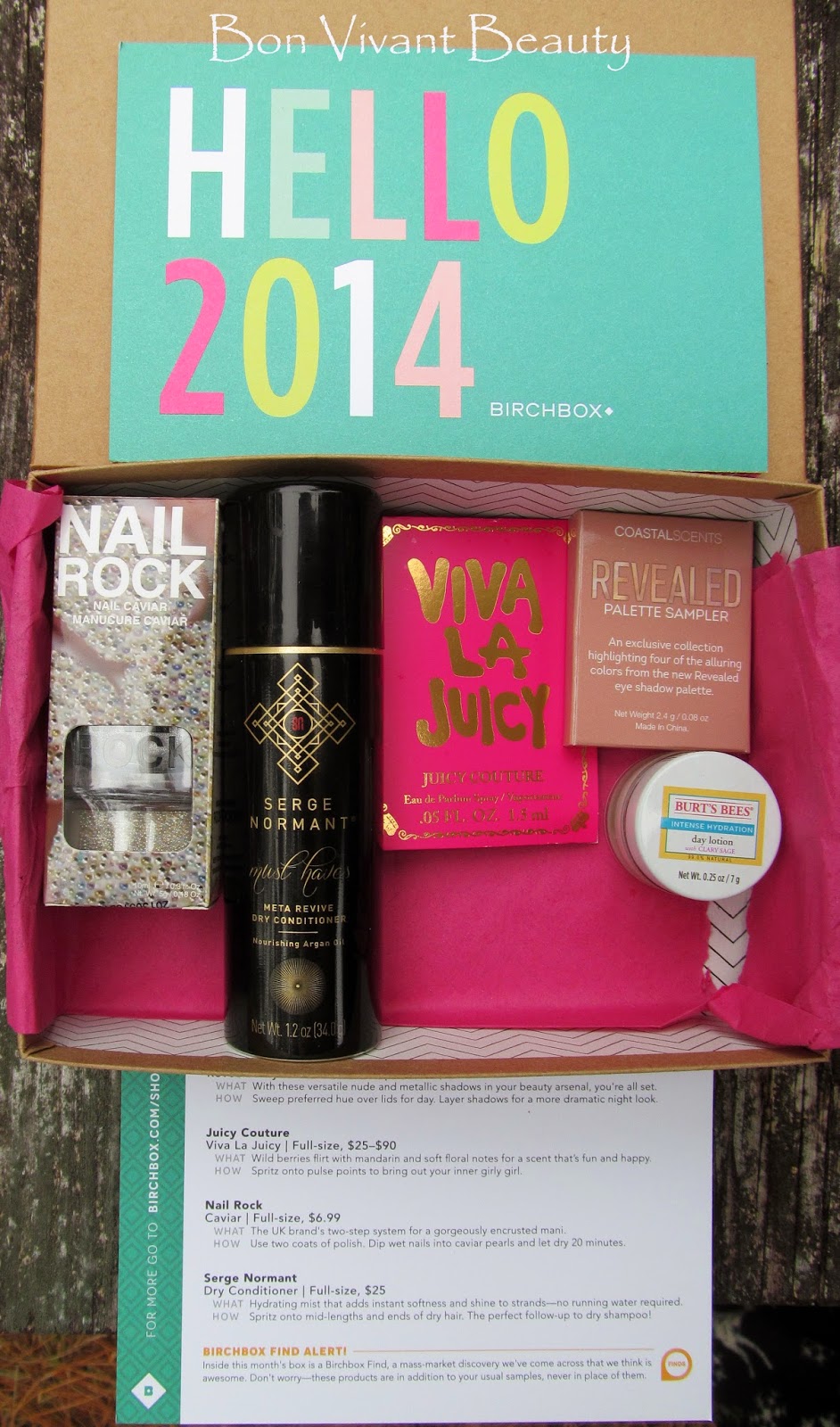 The first Birchbox of 2014 is all about flipping resolutions on their head.  Instead of giving up things, it's about taking on more:  more things to try, to conquer, to integrate into your life.  I can get on board with that:-) 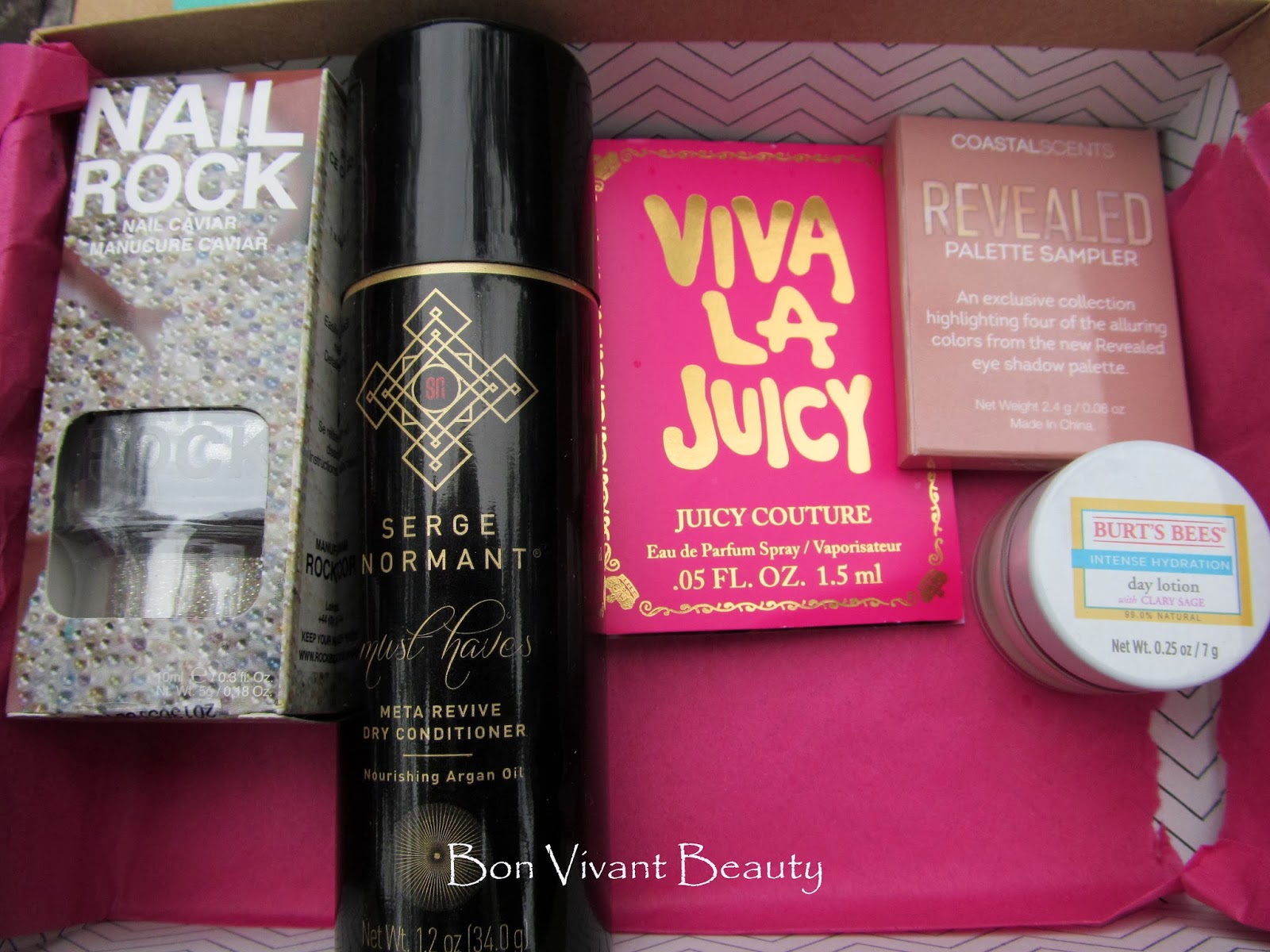 My box contained a nice variety of items, from both high end and mass appeal brands.  On the higher end of the spectrum we find the Meta Revive Dry Conditioner from Serge Normant. 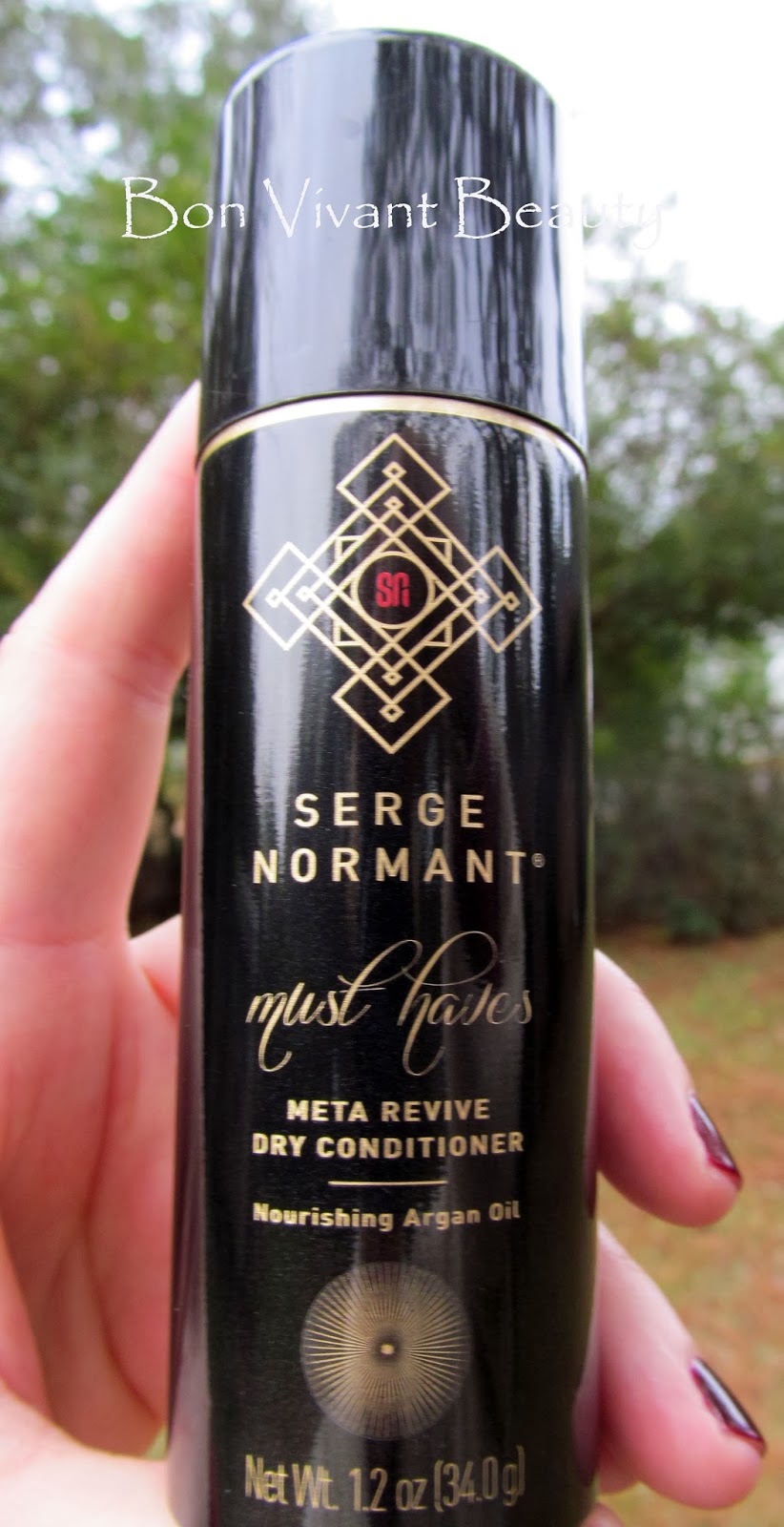 Just like you use a dry shampoo to revive 2nd day hair, this spray is designed to condition 2nd day hair.  Instructions say to spray from mid-shaft on down, which is a tad difficult now that my hair is short.  Regardless, I used it and did not find it weighed my hair down or made it look greasy, so I should be able to get plenty of use out of it.  A full size will set you back $25, and sample value is roughly $8.50. 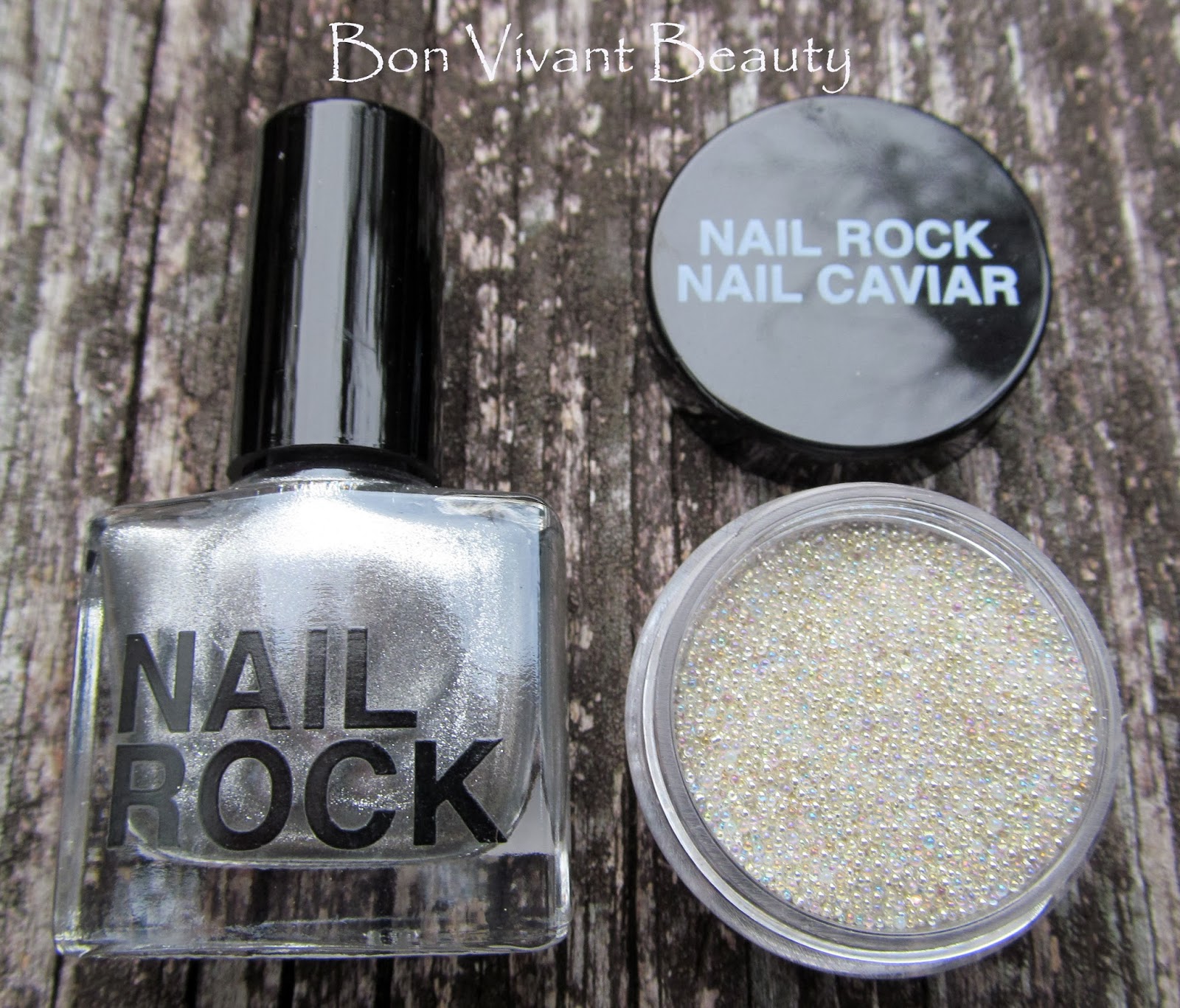 I received a full sized nail polish from the UK brand Nail Rock in Moon Silver, along with beads to create a "caviar nail" look.  I haven't tried this before nor would I probably have sought one out, but now that I've got it I'll totally give it a try:-)   Interestingly, while there are 8 colors of the Nail Rock Caviar sets on Birchbox's site, none of them are Moon Silver.  The cost of the duo is a reasonable $7, and if they look as great as they did for Vanity Rouge, I'm all over it. 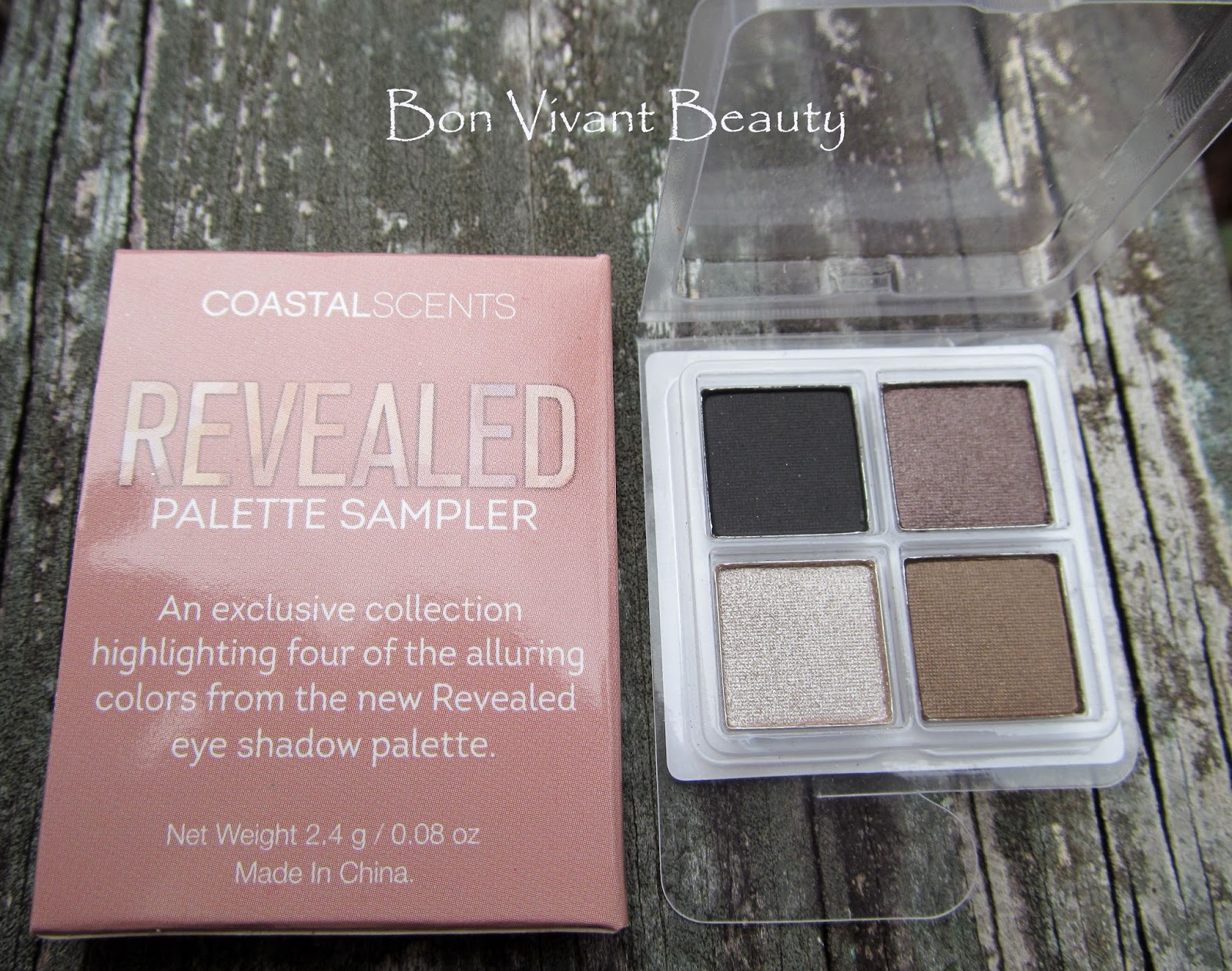 The Coastal Scents Revealed sampler looks very promising, although I haven't tried them yet.  I do like the colors and I've heard good things about these, including that 17 of the 20 shadows in the full sized Revealed palette are dupes for Urban Decay's Naked 1 and Naked 2.  Apparently the Revealed dupes for the Urban Decay glitter eyeshadows don't contain glitter either, which is a plus in my book:-)  Sample value based on Birchbox's price for the full-sized palette ($34) would be $6.80.  However, I believe you can get Revealed for $19.99 directly from Coastal Scents. 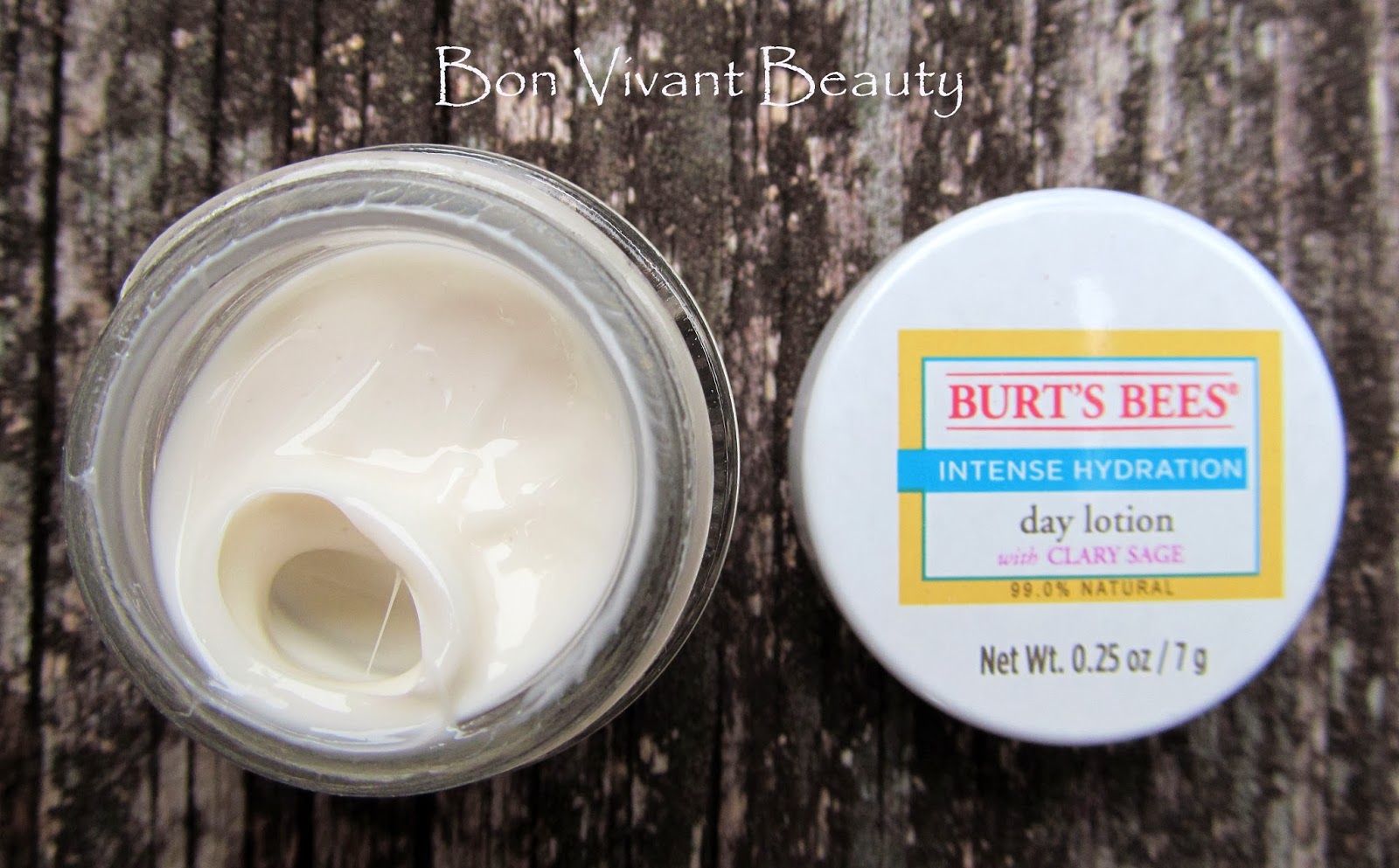 The Birchbox Find is a mass-market discovery and is an extra "add-on" in addition to the regular samples.  This month it is the Intense Hydration Day Lotion with Clary Sage by Burt's Bees.   I like Burt's Bees and I've used this sample several times already - it's nice!  This came with a coupon for $3 off that can be used anywhere - nice touch.  Sample value is $2.49.
It's been a while since I've received a perfume sample, but the ever ubiquitous Juicy Couture showed up in the form of Viva La Juicy.  I've actually received Viva La Juicy from Birchbox before I believe, or at least I've already got a vial that never gets used.  It's actually not bad, but not my preference.  Sample value is $1.32, making the total value of my January box $26.11.  Hello 2014!
Posted by Lulubelle at 6:00 AM