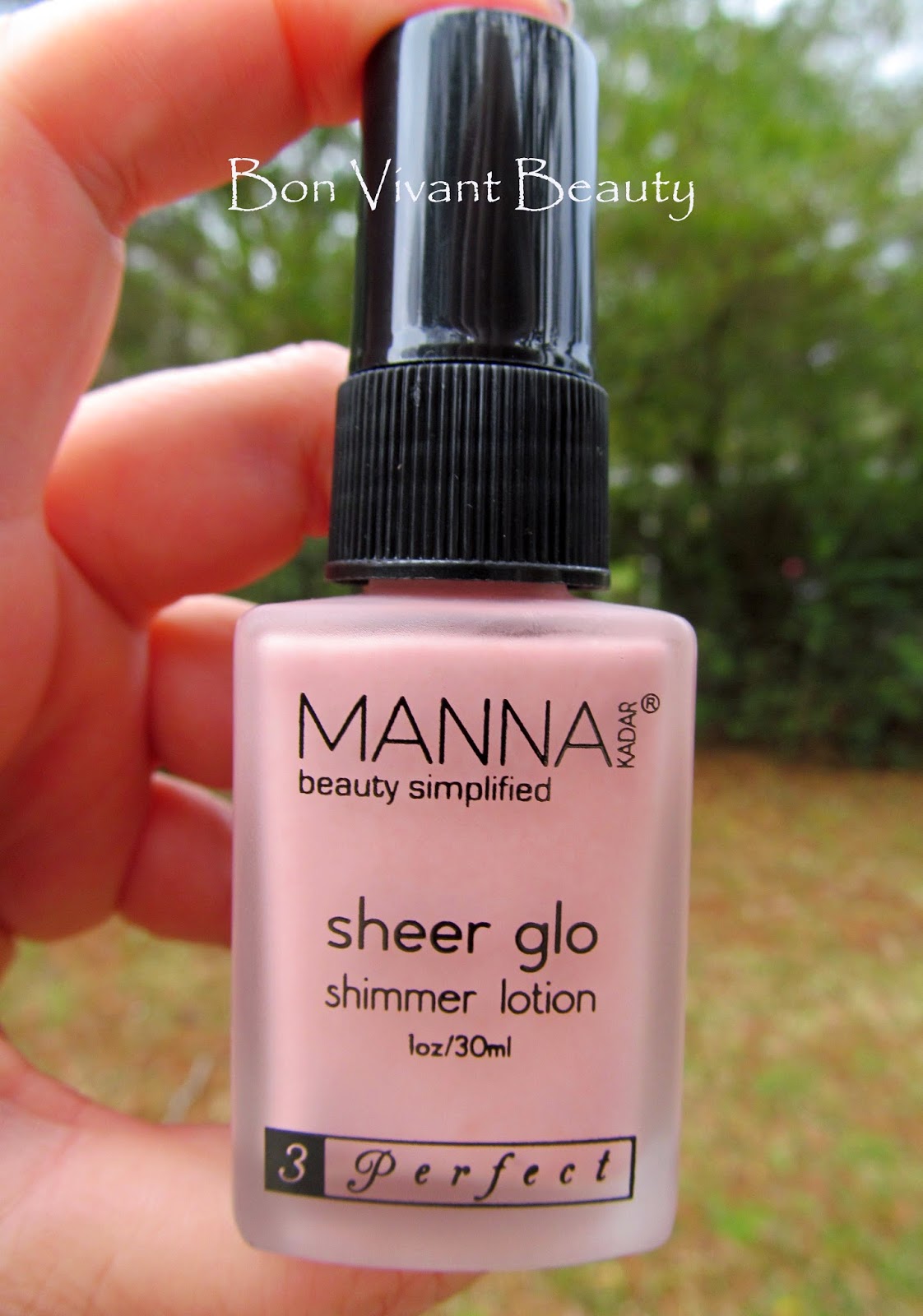 Disclaimer:  I purchased this.
Birchbox occasionally runs flash sales on select items, and Manna Kadar shimmer lotions ($29) were featured recently for half off.  If you're not familiar with the brand, it could be because it's only been around since 2012, but you can read more here.  That's one of the great things about Birchbox - they've definitely introduced me to new brands.  Since I've been on a bit of a luminizer binge, I picked up two of the three available shades, Birchbox Love and Movie Star.  Today we'll be looking at Birchbox Love. 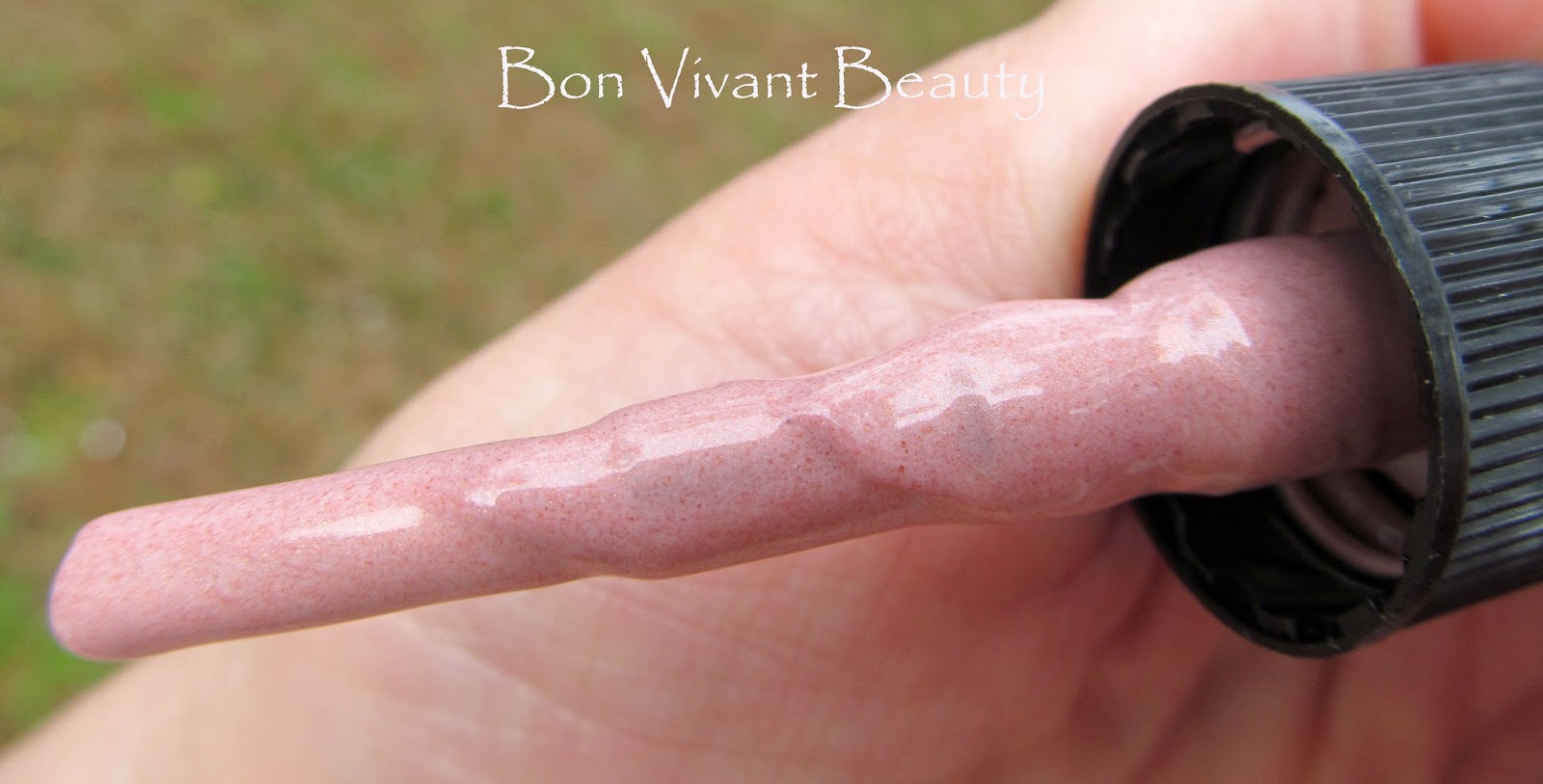 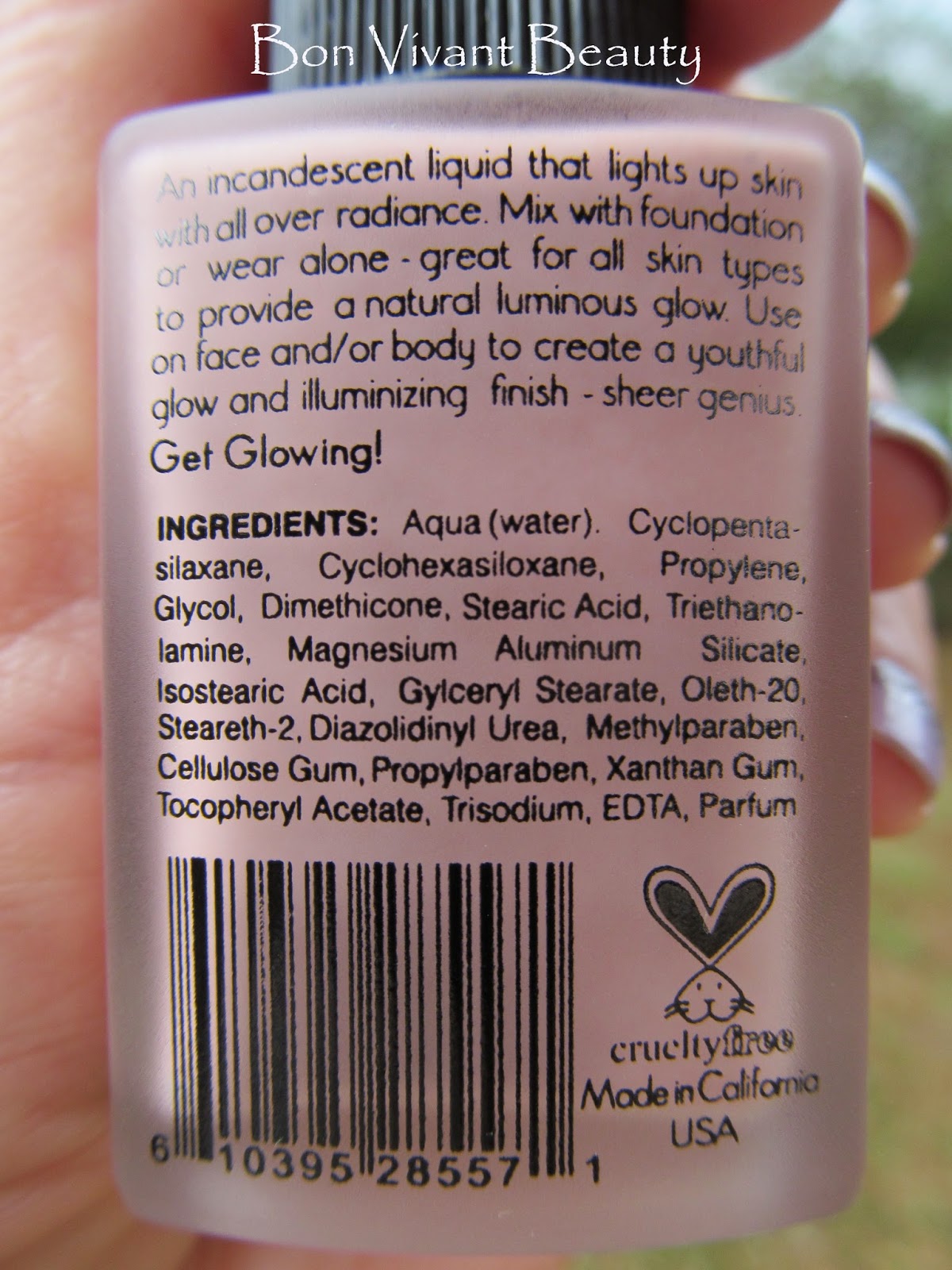 To be honest, a large part of the luminizer lemming was fueled my increasing desire to try out one of the tres expensive Armani Fluid Sheers.  In fact, there is even a comparison chart on the Manna Kadar Cosmetics site that caught my eye.  So hey, I snapped up two of the Sheer Glo Shimmer Lotions for a song, and I've been playing with them ever since.
And guess what?  I love them.  I've been mixing the light peachy pink hued Birchbox Love with my foundation, although you can use it in a variety of ways.  At first I started with small amounts, fearing a disco ball shimmer, but now I'm using an entire pump amount, as the shimmer particles are so fine that you are not getting a glitter effect.  Here is how Birchbox describes them: 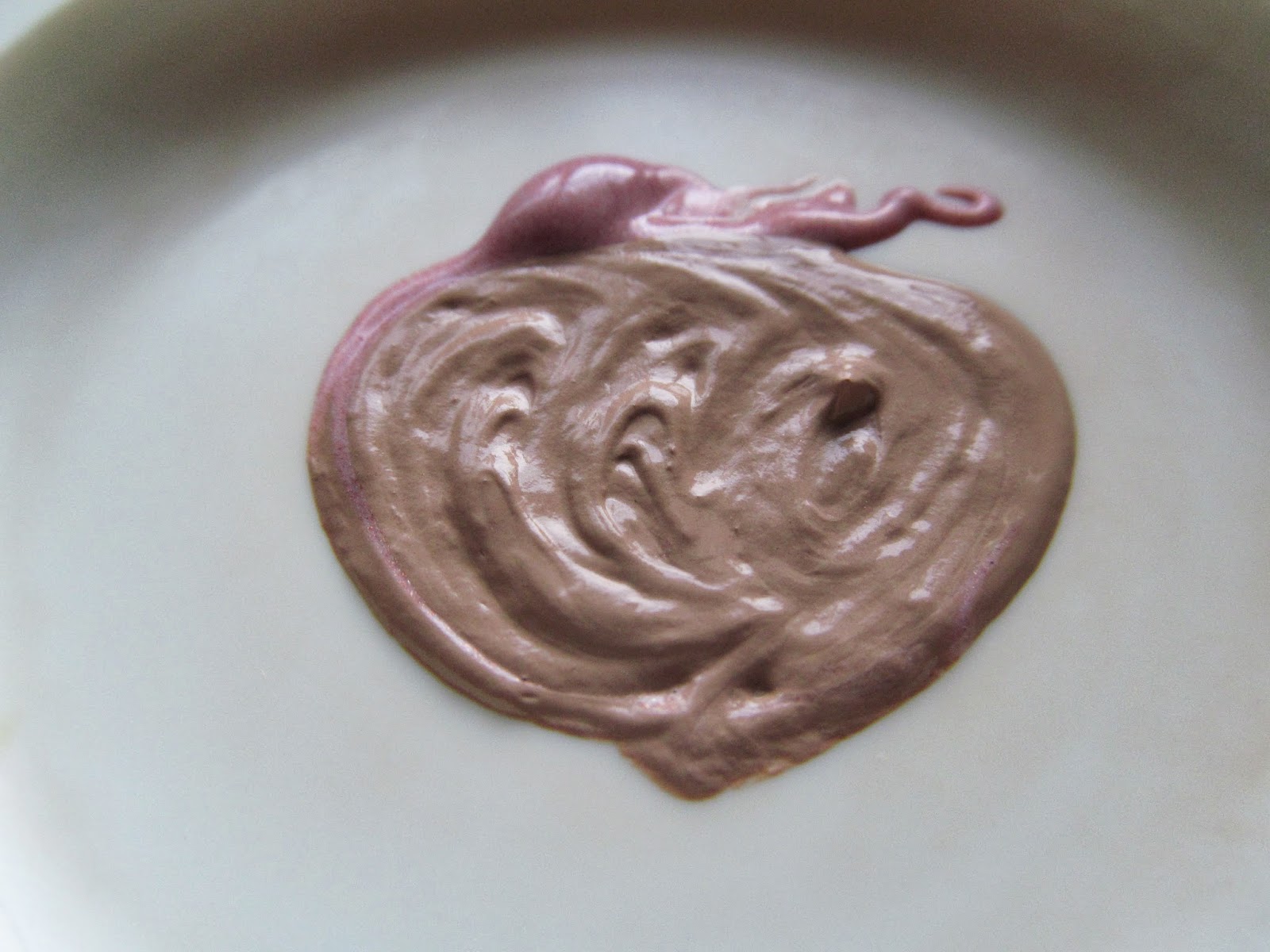 The effect combined with foundation is very subtle.  I can detect the shimmer bits very close up, but they are virtually undistinguishable otherwise.  I have not noticed any increased oiliness, nor does my skin look shiny.  I think I'd have to say the effect is along the lines of the Hourglass Ambient Lighting Powders in that your skin just looks better. 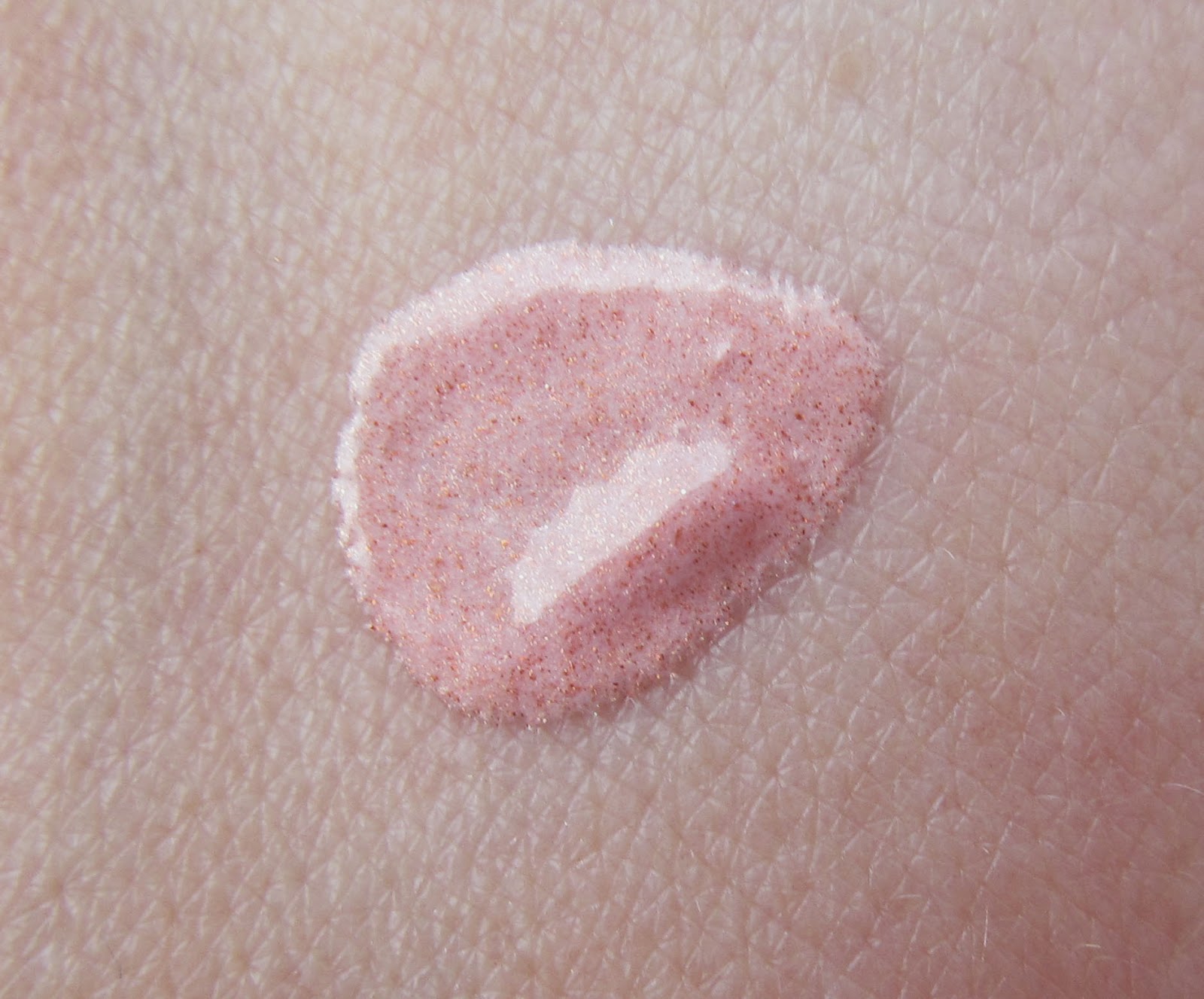 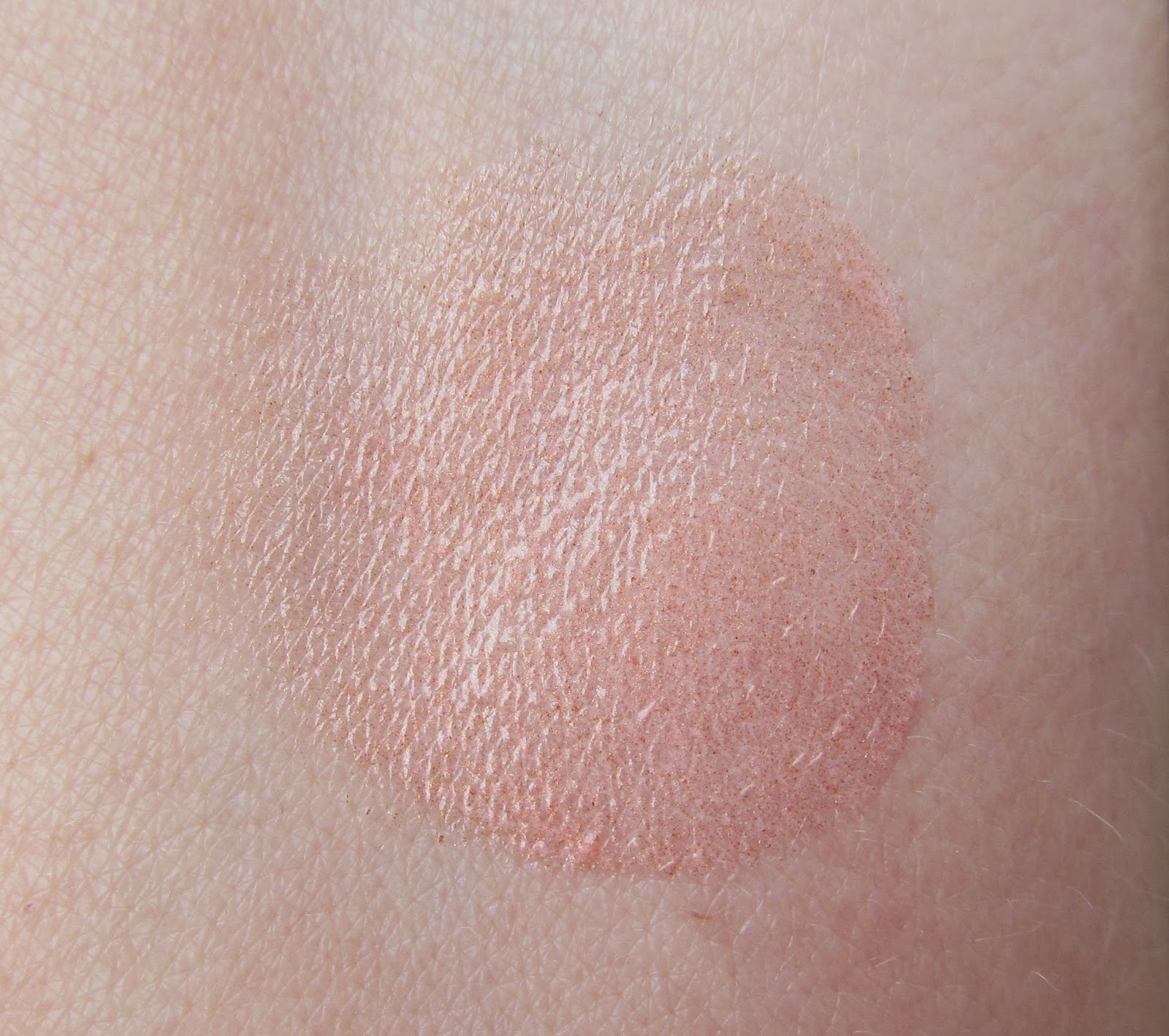 As to how Manna Kadar Sheer Glo Shimmer Lotions compare to the Armani Fluid Sheers, I'll have to get back to you on that.  I did purchase a Fluid Sheer but haven't tried it out yet, as I've been too busy playing with Birchbox Love and her champagne hued sister Movie Star.  Birchbox Love is exclusive to the Birchbox shop and retails for $29.