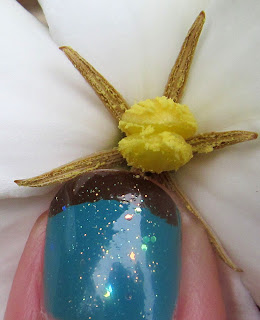 Egads, a-england's Galahad chipped on me after one day!  Not sure what was going on with that, I think I was opening a package when it happened.  I'd already had the idea of doing a french tip with Mahogany Magic, so this just sped things up a few days.

I topped off with one coat of Sally Hensen's Tealy Cool, an iridescent micro glitter mix in a blue-green gel base.   I really like the overall effect! 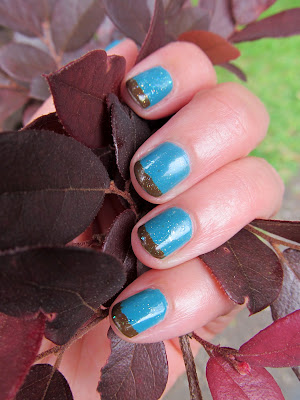