I have to admit that all the hoopla around Urban Decay's recent eyeshadow reformulation created a bit of a lemming in me.  Should I invest in the build your own palette option?  Do I want to invest $108 in six shadows?  I've decided so far that no, I don't. 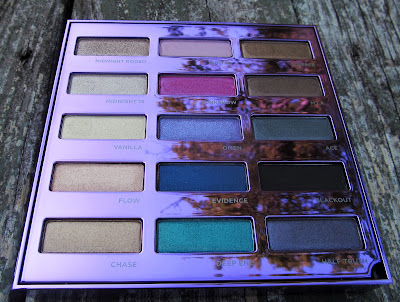 However, it did motivate me to look more closely at the existing palettes that do have the new shadow formula.  Since that is currently restricted to the 15th Anniversary palette and Naked 2, I opted for the first.  I've got Naked 1 and honestly, it doesn't get a ton of use from me.  It helped that Sephora recently restocked 15th Anniversary. 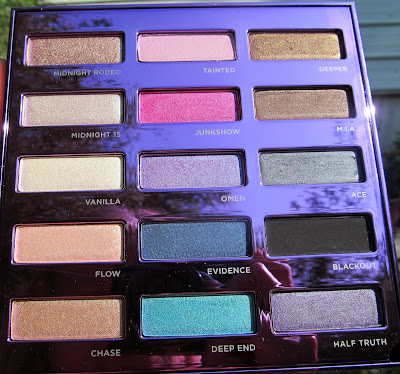 I've got to say, I'm  happy with my choice!  For the bargain price of $55 you've got 15 shadows, including neutrals, brights, and darks, all in one palette.  That's $3.66 per shadow!  The metallic casing feels sturdy and looks lovely.  Yes, fingerprints show all over the place, but I like the look and design. I'll be reviewing the 15th Anniversary palette in multiple posts, starting with the first column of neutrals and comparing them to some of the shades in the Naked 1 palette.  So stay tuned!
Posted by Lulubelle at 6:00 AM