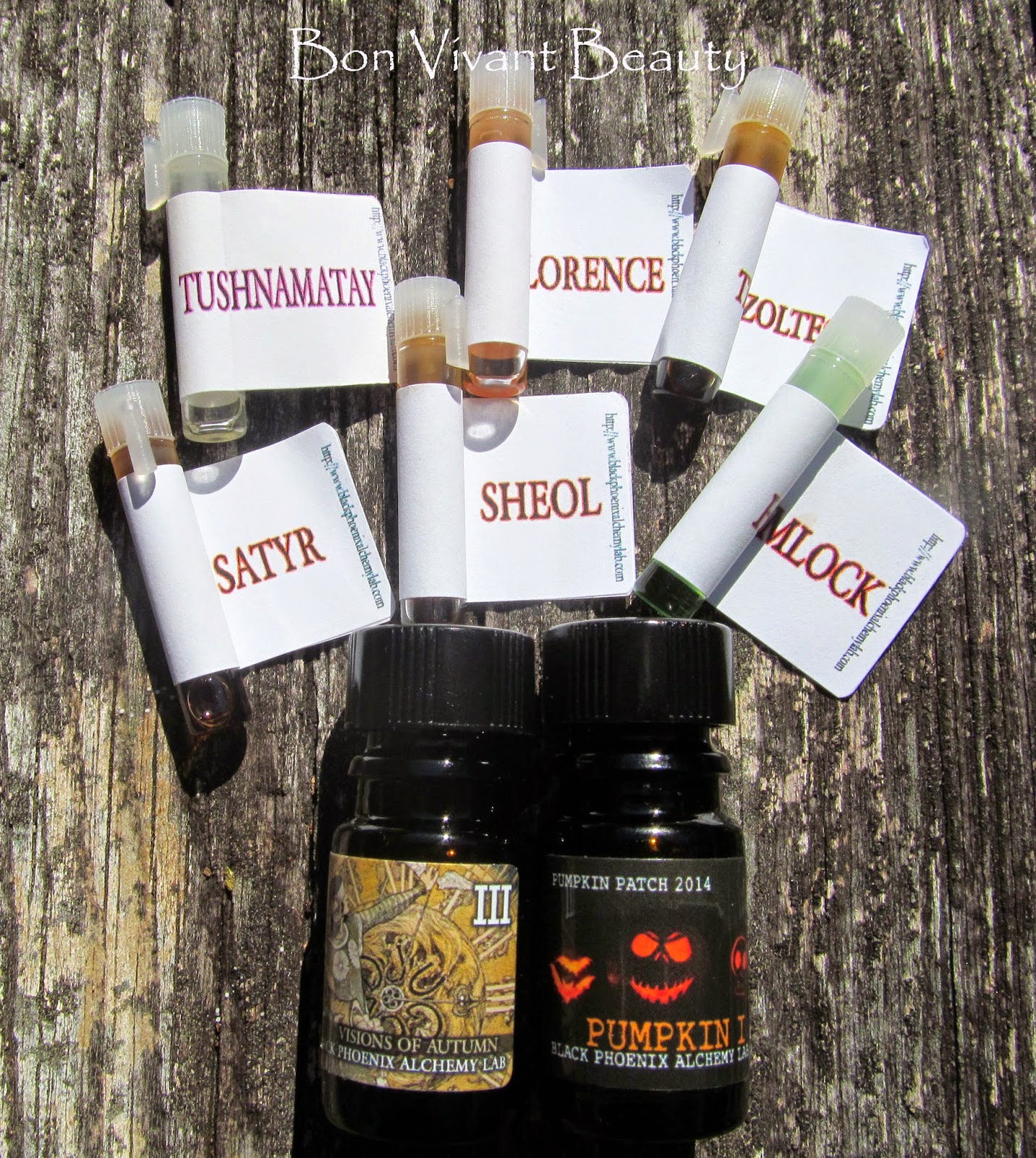 Yes, I know that Halloween is way in the back mirror, but I just received my Halloween Black Phoenix Alchemy Lab (BPAL)  order, and wanted to share it with you.  If you are not familiar with BPAL, they specialize in

BPAL's catalog of scents is vast, and I've mainly restricted myself to the limited edition holiday scents released for Halloween, Christmas, and Valentine's Day.  This year, I chose Pumpkin I from the Pumpkin Patch collection, and Visions of Autumn III.  One I like, and one I love! 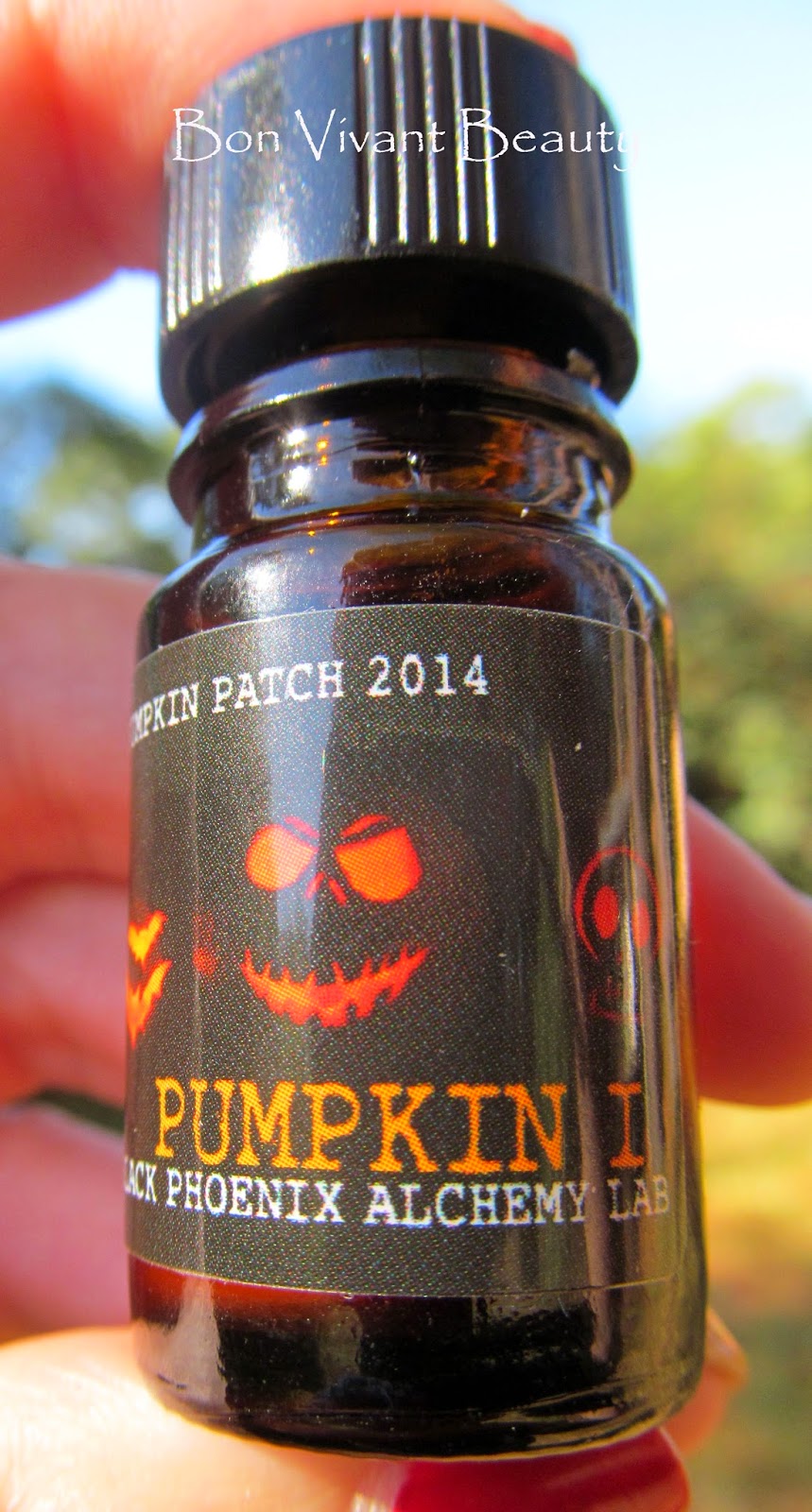 Pumpkin I is pumpkin cream with cardamom, black tea, allspice, and ginger milk.  First, let's start with what it's not:  a sweet pumpkin spice potpourri type of scent.  It starts off with a bit of a "red hots" type of cinnamon blast, although cinnamon is not in list of notes.  After 10 minutes or so it settles into a dry spice/black tea scent that is very reminiscent of the International Foodpak store near where I work.  I go there occasionally to order a gyro for lunch, and on the shelves around the store are dry spices, tea, dried fruits, nuts, candy, wine, and various other offerings from around the world.  I like this one a lot, and it's different from other BPAL scents I've acquired. 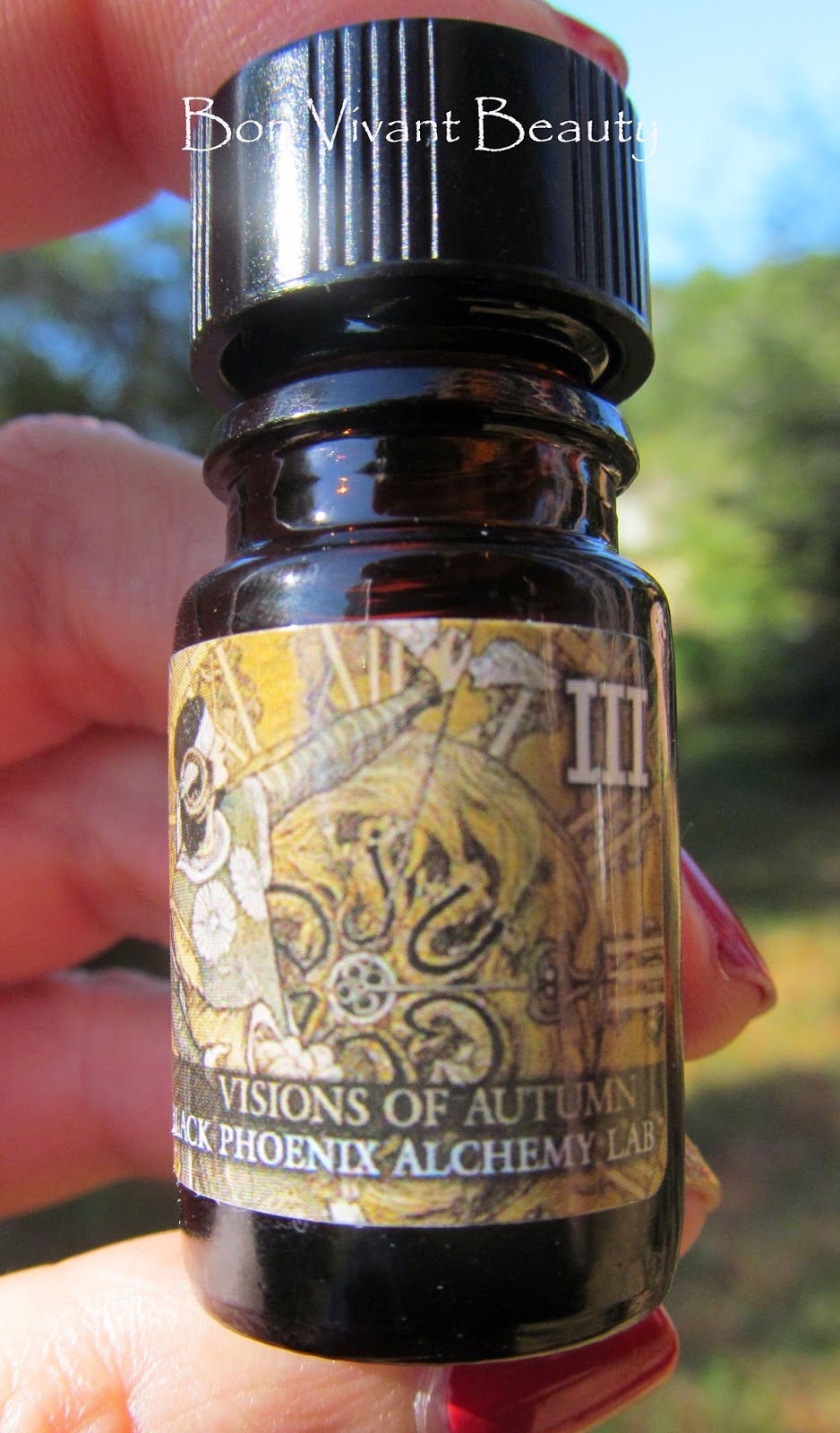 Now for the one I love, Visions of Autumn III.  Featuring notes of Bourbon vanilla, aged patchouli, honey, and Ceylon cinnamon, this one is smooth, smooth, smooth from the get go.  The honey gives it a touch of sweetness without being cloying, and the cinnamon is firmly in the background.  This leaves the Bourbon vanilla and patchouli, which provide a rich, warm, comforting scent that I will wear all year round.  Seriously, one of my favorites from BPAL thus far, and there have been a few. 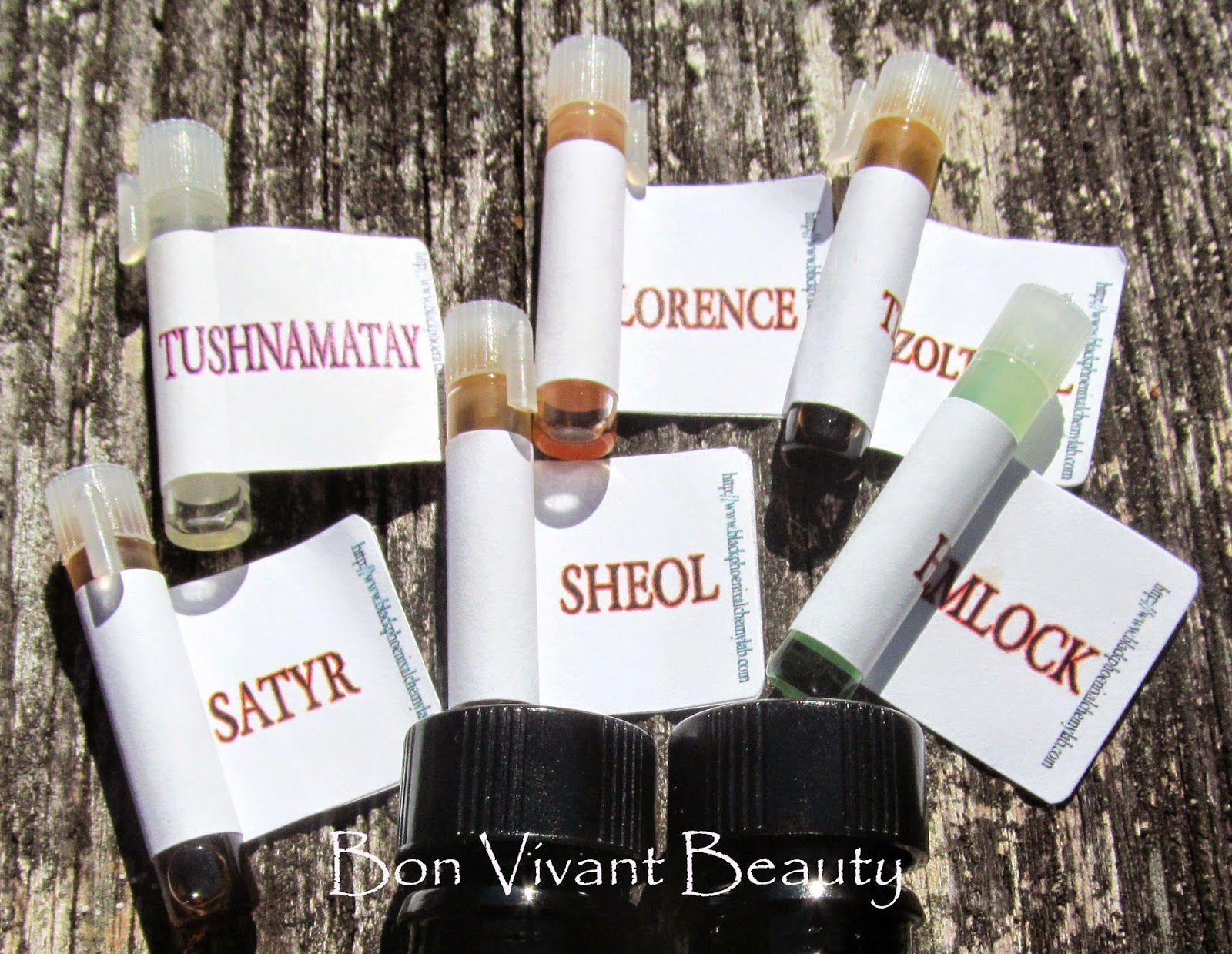 I lucked out with the frimps (free imps, or samples) that I received as well, with my favorite thus far being the bright green Hemlock.  My only frustration was waiting almost a month to receive my order, but that's about par for the course with BPAL during the holidays.  Patience is a virtue, and the scents are usually well worth it.  I'll leave you with a close up of a many legged visitor during a picture session, which seems appropo of Halloween and BPAL's dark sensibilities: 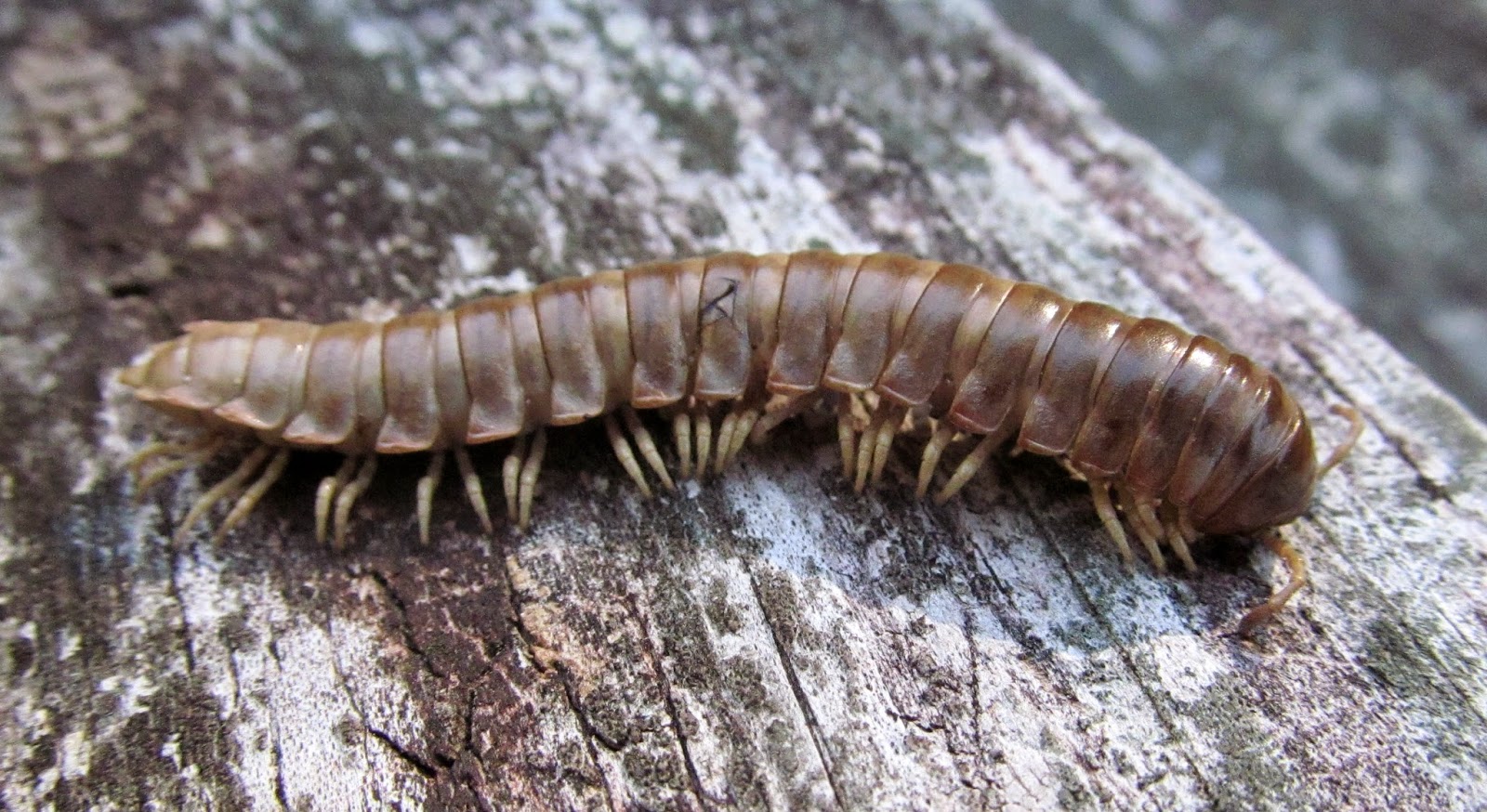